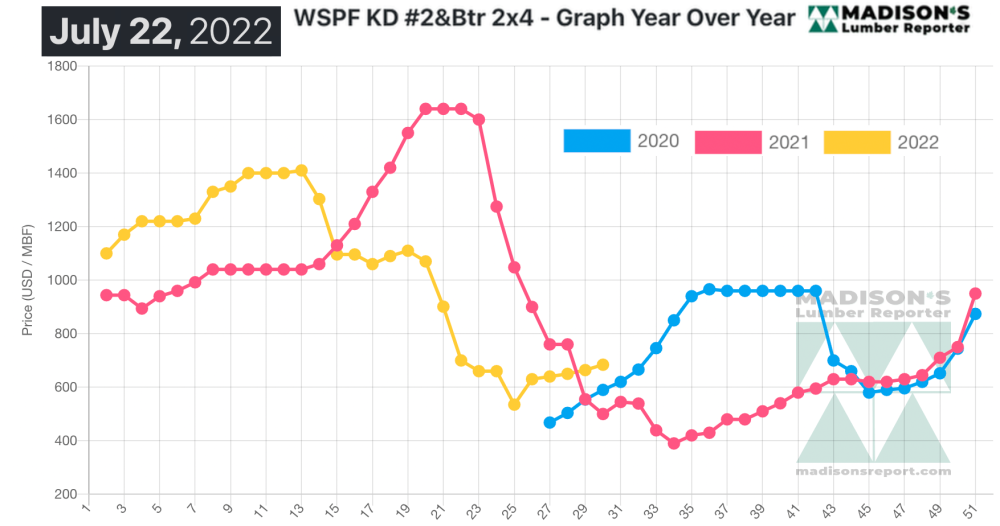 The North American construction framing dimension softwood lumber market has found even footing at this mid-summer 2022. Prices on almost all lumber and panel items remained flat, with some benchmark commodities rising slightly. A big change coming to how lumber futures are traded on the Chicago Mercantile Exchange has many players excited; details of those changes below.

The recent increase to timber stumpage prices in British Columbia has put some operators in a not-profitable position — in the context of current lumber prices — so several facilities in that province are taking additional or extended downtime and curtailments. 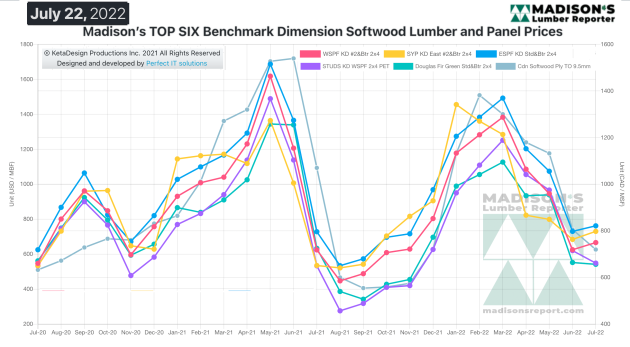 Demand for Western S-P-F in the U.S. took a recess according to traders south of the border. Sawmills were in a solid position however, having established strong mid-August order files while keeping their asking prices on firm footing. Lack of transportation equipment continued to be a hurdle, in the way of consistent and timely delivery.

As demand settled down to a more consistent, low-key, pace, suppliers of Western S-P-F lumber in Canada described an even tone to the market. There was a cautious overall feel to trading, with sawmills trying to push sales further to avoid stalling out while buyers tried to convert this latest breather into a price correction by holding off ordering. Two- to three-week order files were widely reportedly sawmills.

“Purveyors of Western S-P-F studs entertained stout demand again, even as overall activity from buyers took a step back. Stud mills were busy enough to keep prices firm from the previous week or even to boost numbers a few points. Caution among buyers was evident however, as many leaned harder on mixed loads and LTL orders from the distribution network. Order files were between two- and three-weeks out.” — Madison’s Lumber Reporter