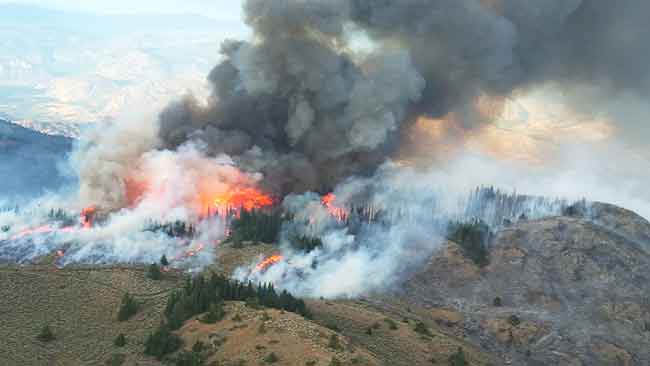 As several forests have now been reported to be burning in Quebec, the fire north of Lac Saint-Jean has become the province’s largest forest fire as it has become out of control. The fire is currently estimated to be burning along 72,000 hectares, which is roughly one-and-a-half times the size of the island of Montreal. Residents were ordered to evacuate as the fire burned through 60 cottages over the weekend, reports the CBC.

Public Security Minister Geneviève Guilbault says that the current heat wave and drought have been “the perfect recipe” for the fires. This has put most of Quebec under extreme risk of fires as grass, trees and undergrowth have been dry.

To help battle the fires, hundreds of firefighters have been called in from Ontario and Manitoba to help with the Quebec fires. Alberta firefighters are also sending crews to help battle fires in the Chute-des-Passes area.