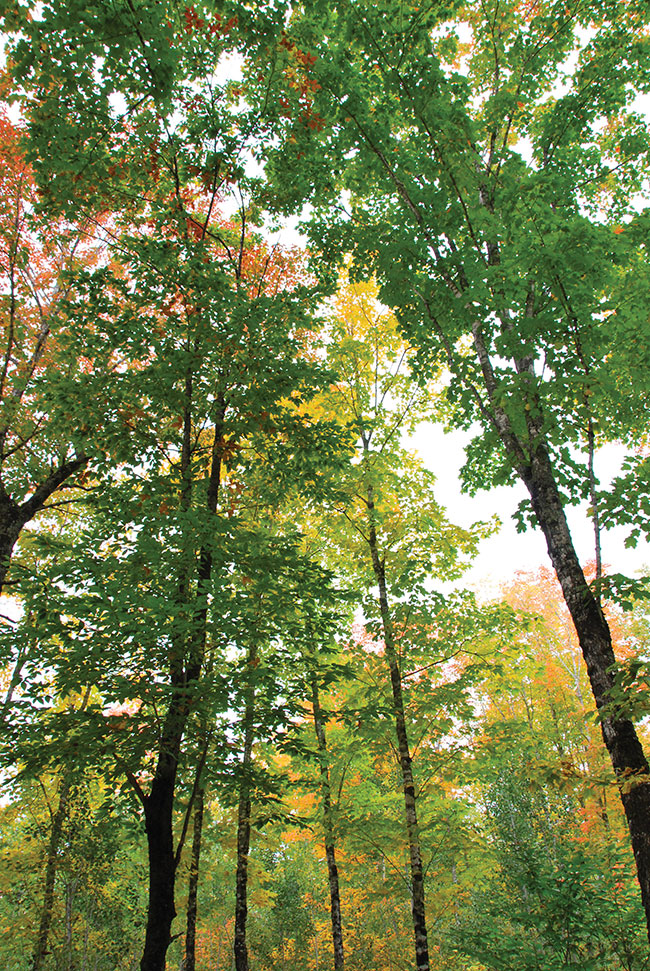 In 1975, Monty Python and the Holy Grail introduced the world to the idea of migrating coconuts as an act of comedy. And while the notion of a coconut tree’s offspring traversing whole continents seems ridiculous at face value, the mass long-distance migration of trees, forests, and forest ranges over time is now an established scientific fact. The most recent data suggests that, unlike coconuts, trees are moving long distances to escape inhospitable climates.

Songlin Fei, Ph.D., is an ecologist with Purdue University’s Department of Forestry and Natural Resources. Fei is the corresponding author of a study published in May 2017 that found a correlation between climate change and forest geography. This study analyzed 30 years of U.S. Forest Service data and discovered that, since 1980, trees across North America have shifted northwest – in some cases, travelling as far as 45 kilometres in that time.

Fei is also the corresponding author of a follow-up study in April 2019 that established a similar shift in mycorrhizal fungi in North American forests, as well as associated changes in the carbon and nitrogen content of forest soil. The authors say these changes could “alter the degree to which these ecosystems store carbon and nutrients, [and] also likely affect [these ecosystems’] sensitivity to human-induced global changes.”

Ecologists say that while trees do migrate on their own through natural seed dispersal, the recent culmination of various climate change effects is placing tremendous natural selection pressure on tree populations. Steve Hounsell, a retired biologist who now serves as president of Forests Ontario and chair of the Ontario Biodiversity Council, says that bioclimatic envelopes are shifting faster than they have in the past, and this has important implications for forests.

“Our climate has historically been fairly stable for the last ten thousand years,” Hounsell says. “But now, all of a sudden, the climate is no longer stable. In Ontario, for instance, Ecoregion 3W – which includes Thunder Bay, Lake Nipigon, and the southern parts of Lake Superior – has been stable for a while. Historically, the industry has known exactly what kinds of trees would be there. But it’s predicted that within the next 30 to 40 years, the 3W climate will shift out of Ontario and into Quebec.”

While the trees located in Ecoregion 3W will likely attempt to migrate to more hospitable regions, they will be limited by their natural dispersion capabilities. As more trees and forests migrate to try to find more appropriate growing conditions, scientists, government, and industry will need to answer difficult questions about how the forestry business can stay profitable and sustainable in such a changing environment.

Changing environmental conditions are exerting significant evolutionary pressure on trees. When trees can’t evolve fast enough to keep up, they end up migrating to more hospitable regions. Fei’s 2019 study found that while the changing basal areas of North American forests was one likely cause of mycorrhizal shifts, this effect is insignificant compared to the other contributing factors like nitrogen deposition, fire suppression, and climate change. The study’s authors believe an accelerated rate of nitrogen cycling is a factor worth watching.

The study authors write: “If increases in arbuscular mycorrhizal (AM) tree dominance lead to an acceleration of nitrogen (N) cycling, then AM-dominated forests in the eastern United States may be strong sinks for atmospheric CO2. However, if the AM-induced acceleration of N cycling leads to substantial ecosystem N losses or results in N stabilization in soil organic matter, then there may be little stimulation of forest productivity.” 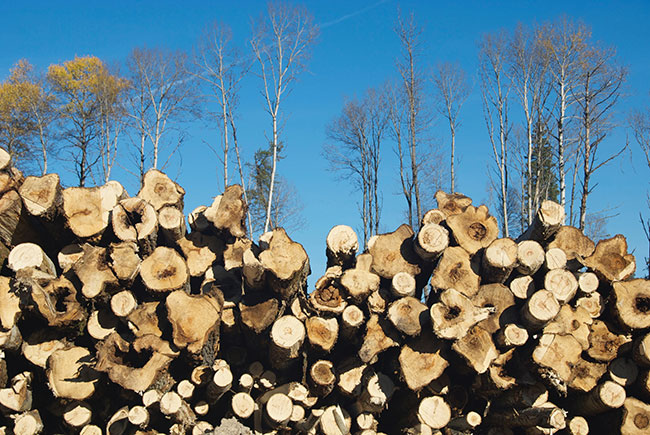 If trees cannot migrate fast enough to escape inhospitable climates, it could harm the health of various tree populations and compromise the commercial value of certain forest tenures.

A 2017 study by researchers at the University of Tennessee also found that various microorganisms present in soil are influencing tree migration. They found that changes in soil condition constrain range shifts at low altitudes but expand range shifts at high altitudes.

Carbon dioxide also plays a role in this process. Fei’s 2019 study notes that AM-dominated forests cannot grow in high-CO2 environments unless the soil contains a high amount of available nitrogen. The acceleration of global warming, then, is a complicating factor for a second reason: the excess CO2 in the atmosphere may hinder forest growth in areas with insufficient soil nitrogen.

Accelerated tree migration could have a significant impact on the forestry industry, with multiple potential outcomes and consequences. If trees cannot migrate fast enough to escape inhospitable climates, as Hounsell suggests, it could harm the health of various tree populations and compromise the commercial value of certain forest tenures.

“All of the old seed zones were meant to keep local species, well, local,” he says. “But local isn’t local anymore. So if you’re planning to use a seed source locally, it won’t be adapted to the climate anymore, because the climate that used to be there has since moved on.”

Pedlar’s colleague, Dan McKenney, Ph.D., agrees. McKenney is the chief scientist of landscape analysis and applications at the Great Lakes Forestry Centre. He leads a team of researchers dedicated to economic analysis of forestry issues and sustainable forest management.

“It takes a long time for species to change assemblage, but there’s some good forward thinking happening right now that will inform how we respond to these changes,” McKenney says. “The government of British Columbia has changed its seed zone policy in the last few years, and the Ontario government is going through that process right now.” 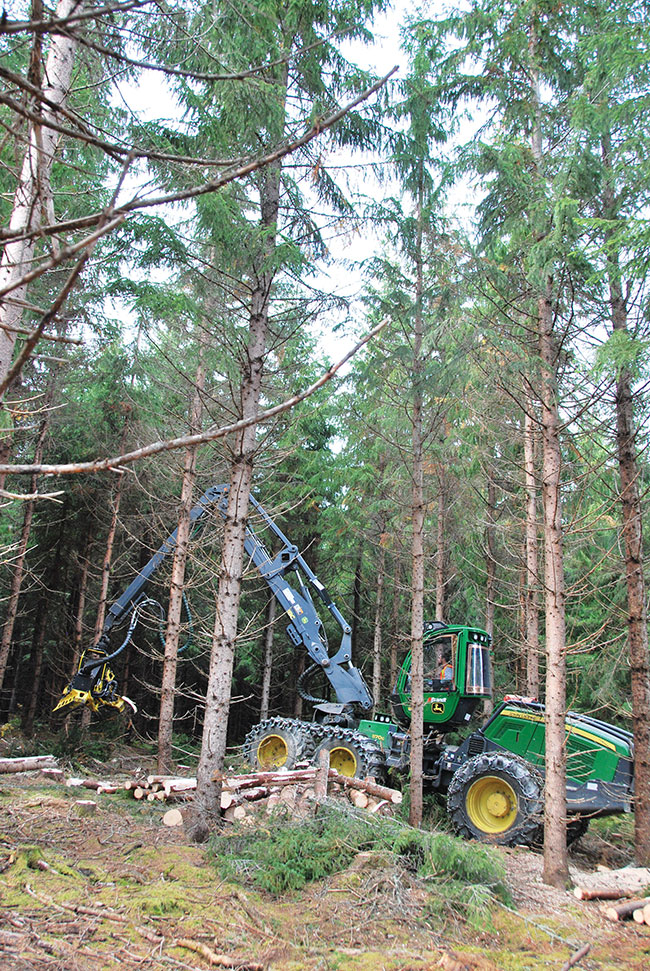 Accelerated tree migration could have a significant impact on the forestry industry.

The climate changes influencing forestry management are more pronounced in B.C., which is why western researchers are more focused on studying forest migration, McKenney says. Industry and scientists are watching forest migration closely, and there are a variety of discussions happening behind-the-scenes regarding how best to adapt to changing conditions.

“The climate habitat is moving faster than the trees can keep up. Climate changes aren’t going to happen uniformly across the country, which will complicate forest management. We aren’t seeing much by way of discussions around harvesting or new species, but industry is already thinking about silviculture,” McKenney says.

According to current climate projections, the climate envelope could shift by upwards of 600 kilometres by 2100, Pedlar adds.

“Even if the trees were able to migrate exceedingly well on their own,” he says, “they might make it about 50 kilometres in that same timeframe, which could have implications for forest health.”

But scientists, including Pedlar, are establishing silviculture trials to study the effects of assisted migration. One such trial is underway at the Petawawa National Forestry Institute in Chalk River, Ont.

Ecologists are reluctant to consider assisted migration as a potential solution, as it is an extreme form of human interference in the natural order, Hounsell says.

However, human activity created this mass migration, therefore assisted migration is not only an appropriate solution, but a necessary one, he argues.

“Assisted migration has a lot of ecologists concerned because it’s playing God,” he says. “But (humans) have already been playing God, and that’s what caused these problems to begin with. The question is: which species will replace the trees that migrate? Which species will thrive in the new conditions that will allow the industry to succeed?”

Assisted migration trials are already underway in B.C., where the provincial government has spent the last 11 years relaxing regulations around replanting zones to allow for a more adaptation-focused approach. While these trials are controversial, Hounsell says that forward-looking replanting is necessary to preserve the environment and the economic value of forest tenures:

“We have to move the trees to areas where they can thrive 40 years from now. The trees can’t move fast enough on their own,” Hounsell says. “But this needs to be done in a strategic way that involves monitoring genetic sources and destinations. I think in terms of industry, this is most appropriate for the economically valuable species that generate income.”

McKenney adds that climate change has introduced a number of unknowns into forest management. The new reality will require science, government, and industry to have serious conversations about the future, he says.

“There’s a recognition now that there are a number of complex questions around how to deal with climate change,” he elaborates. “But the science and policy worlds are engaged now, and want to develop practices that adapt to the challenge in a way that’s suited for both industry and conservation.”