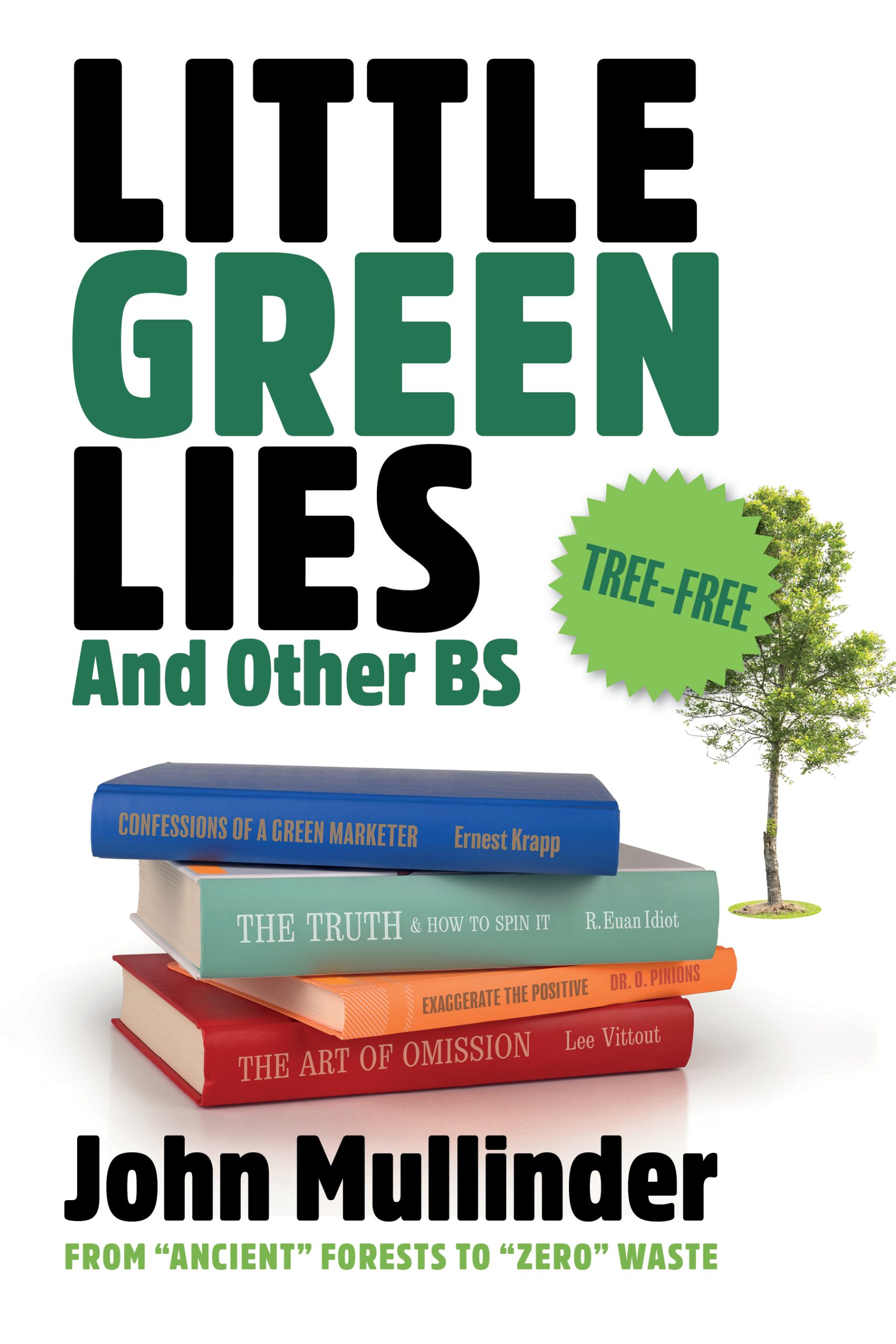 We in the business of writing know all too well that words have power. And that communication is both an art and a very profitable industry.

When the power of communication is skillfully wielded to denounce an industry, facts can easily go missing. This has happened many times over the decades to various companies in the forest sector, or, at times, to the sector as a whole. I think it’s fair to say that the volume of both facts and misinformation has bewildered the public when it comes to forestry in Canada.

The book is written as an easy reference guide to common “little green lies,” including misused words such as deforestation, waste generation and ancient forest.

Mullinder was the executive director of the Paper & Paperboard Packaging Environmental Council for 30 years before passing the torch in February this year. This is his second book tackling misinformation in the industry. His first, Deforestation in Canada & Other Fake News, was published in 2018.

Here’s a short excerpt from Little Green Lies and other BS:

For a successful environmental campaign, you need a credible cause, a catchy word or phrase, to paint yourself as the hero and somebody else as the villain, and to tie it all together with a sizable dose of emotion. It helps when there’s a definitional vacuum or confusion at the time of launch. In the case of forestry there certainly was, especially with the various definitions of forest floating around. Some preferred to label forests as original, natural, or virgin. Others favoured primeval, primary, pristine, old-growth, or even late seral. Greenpeace opted for ancient.

Branding the world’s primary forests as ancient is probably one of the slickest con jobs in recent environmental history. Because ancient forests (in the normal sense of the word) are few and far between, if they exist at all.

Little Green Lies and Other BS is soon to be available through Amazon.