May 7, 2013 – Christer Lennartsson is ready to demonstate his harwarder (a combined harvester and forwarder), at the 2013 Elmia Forestry Fair. He calls the machine, "The Beauty", and it is a ten-wheeler that reduces ground pressure and damage with its specially designed weight distribution system.

The Beauty is a machine for final felling and also direct loading and unloading at the roadside without any intermediate unloading of the logs onto the ground. It can do this because of its super tyres and patented quick release mechanism, which means that the machine can alternate between using its crane as a harvester and as a forwarder. Switching to having a grapple on the crane takes 10 seconds.

“We wanted to create a machine that is always horizontal for the operator and the load," Lennartsson said. "The result is less stress on the machine, it runs more smoothly and the ground pressure is always the same whatever the gradient.”

The harwarder was designed by Lennartsson and his colleague Andreas Andersson, it has 10 wheels instead of the usual six or eight, and has a rear pair of wheels made of solid rubber.

The rubber wheels have transverse grooves that fit into the shape of the steel bands and allows for powerful and safe machine operation. The steel bands help to distribute the weight over a larger area, reducing the ground pressure and giving the machine ideal accessibility. The wheels also have a motor in four of the ten wheel hubs, so their speed can be individually controlled.

He explains that using solid rubber has many advantages in the forest environment.

“You avoid punctures, which are a major problem in the forest. The wheels also have some resilience – they aren’t rigid, and the vibrations are distributed.”

He casts the wheels in his own mould at home in his workshop, and can customize tread designed, and widths up to one metre.

“I wouldn’t say it’s fully developed – the design could be further refined and be a bit more flexible. And then I’d like a business partner of course who could manufacture the machine,” Lennartsson concludes. 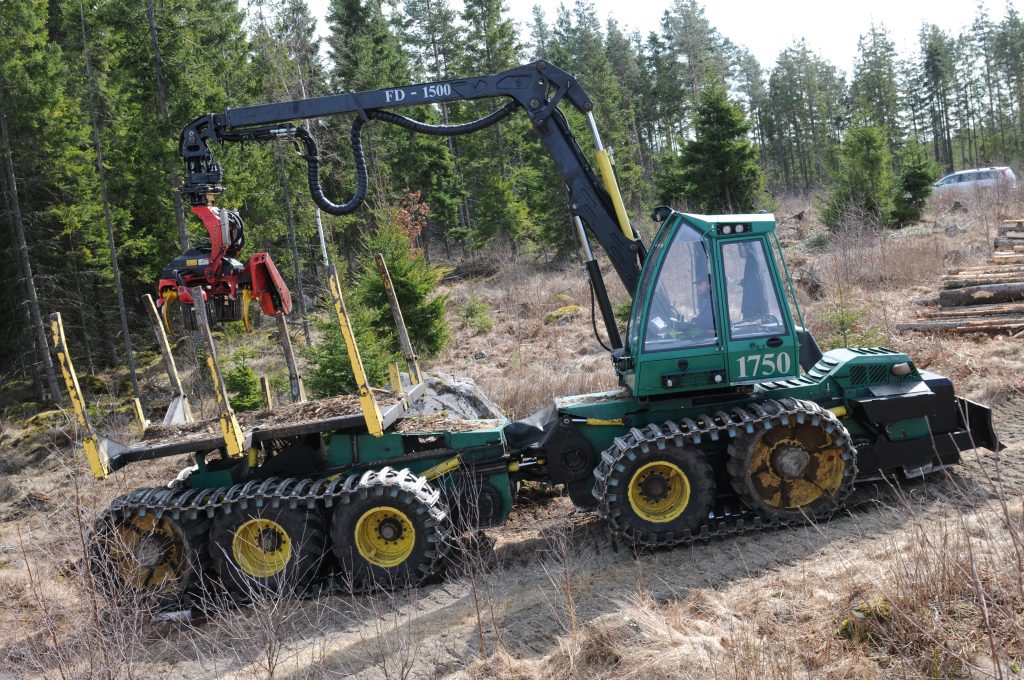