Despite a strong start for 2020, new U.S. home sales weakened significantly in March due to challenges associated with COVID-19.

Contracts for new, single-family home sales declined in March by 15.4 per cent to a 627,000 seasonally adjusted annual rate according to estimates from the joint release of HUD and the Census Bureau. NAHB expects further declines in a challenging April, which has seen 26 million job losses in recent weeks.

How strong was the start of the year? Despite the March decline, January and February, helped by warm weather during the winter, lifted the first quarter total to a 6.7 per cent gain over the first quarter of 2019. 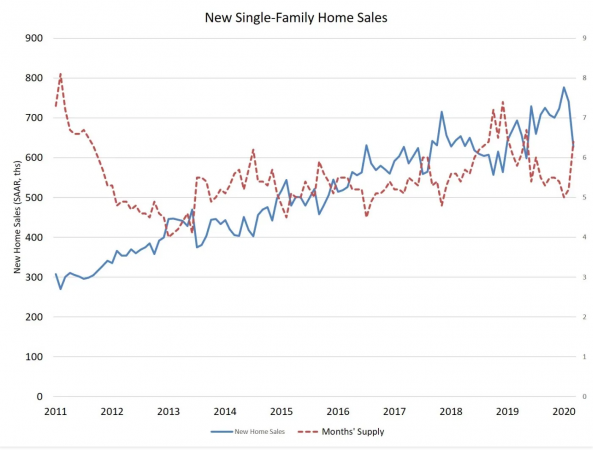 The current months’ supply of new single-family homes increased to 6.4 after declining to five in January. A level above six is consistent with future, downward pressure for single-family construction. The count of completed, ready-to-occupy new homes is 76,000 homes nationwide. 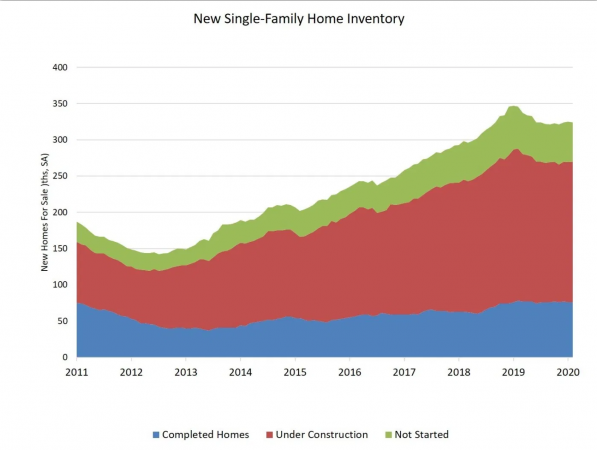 The pace of new home sales will post significant declines during the second quarter due to the impacts of higher unemployment and shutdown effects of much of the U.S. economy, including elements of the real estate sector in certain markets. However, given the momentum housing construction held at the start of 2020, the housing industry will help lead the economy in the eventual recovery.