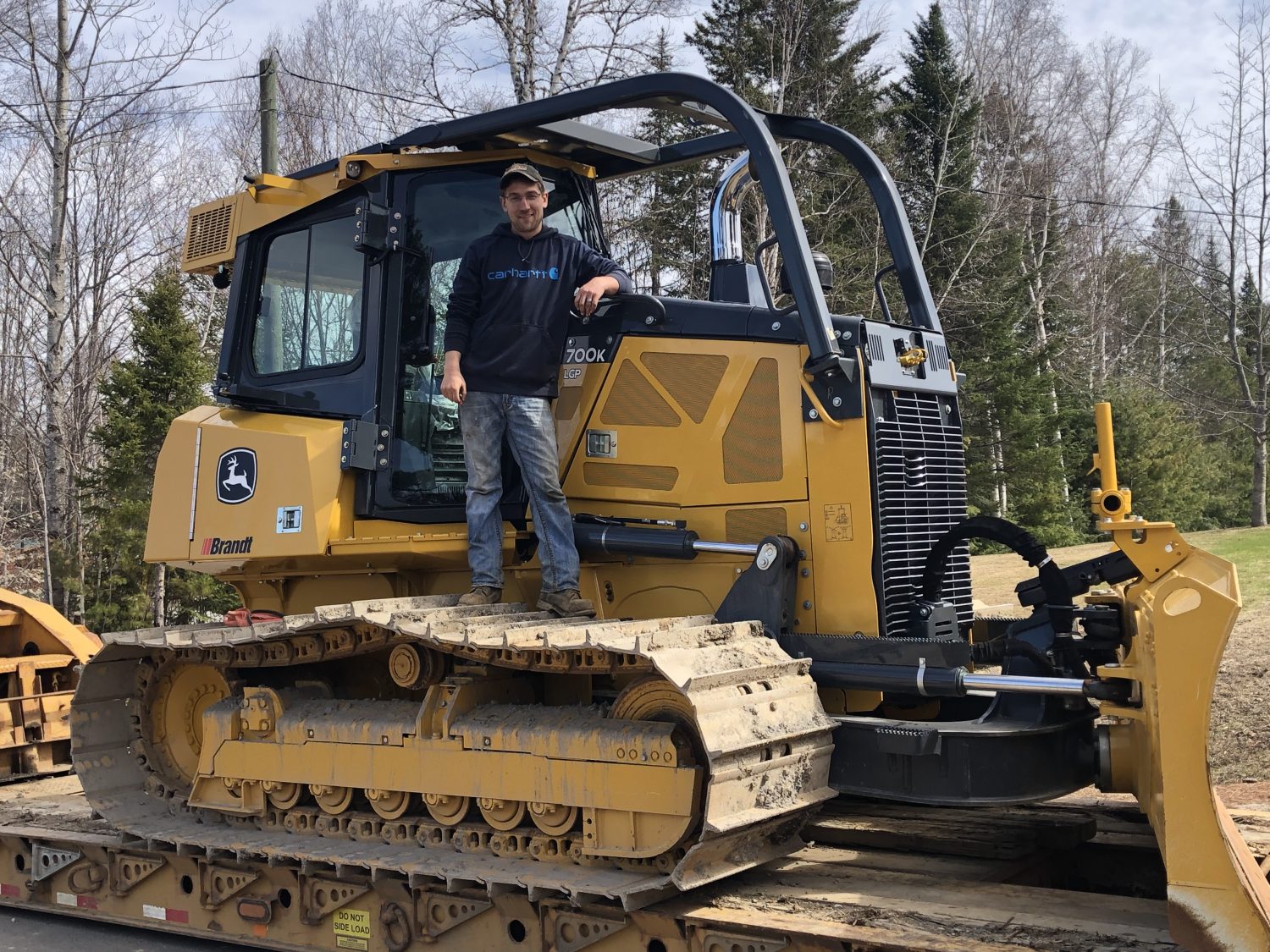 This week, we introduce our readers to Andrew (Drew) Betts, owner of Clay Hill Equipment Inc. in Doaktown, N.B.

At the age of 24, Andrew dreamed of being a large forestry contractor. Now 33 years old, Andrew has built-up quite the business as the owner of Clay Hill Equipment Inc.

Achieving this goal has taken years of hard work. Andrew started with a forwarder, working around the clock with two other operators, explains Ryan McLaughlin, operations superintendent with AV Group NB, a company Andrew supplies logs for.

Year after year, Andrew invested in new technology and machinery. Today, Andrew owns a feller buncher, six harvesters, four forwarders, two self-loading trucks, a float, a dozer and an excavator. He mixes and matches this equipment to find the most efficient way to cut trees and increase his productivity.

Making sure he has done the best job possible is key for Andrew, says McLaughlin.

“A lot of contractors like to stay small because, they all tell you, ‘I’d like to buy another machine if I had two good operators,’” says McLaughiln. “But with Andrew, he attracts good employees.” This has helped him expand his operations.

Like any logger, Andrew has had to overcome some challenges, particularly in the first few years as he started up his business. But Andrew put his head down and made sure he and his team did the best job possible.

“He doesn’t go and complain to you. All he says is, ‘Hey, is my job top-notch? If not, let me know,’” McLaughlin says. “The big thing with Andrew, him and his team, everything’s neat and tidy. If there’s anything wrong with his jobs out there, you just have to mention it to Andrew and it gets fixed.

“He has grown his business into a high-performing team, and his work is always completed with full effort in terms of job quality and productivity,” he adds.

Now, Andrew cuts a significant amount in the province, consistently over-delivering on what he has promised, McLaughlin says. This year, Andrew aimed to harvest and deliver 200,000 m3 of wood, but McLaughlin says he will realistically cut 250,000 m3.

With such a large operation, Andrew has made a big impact in his small community. Doaktown, N.B., has a population of 792 people, and Andrew employs 20 of them, cutting all of Devon Lumber’s allocation on private woodlots, and cutting for AV Group NB on crown blocks. And it’s unlikely that Andrew plans to stop there.

Up next: we showcase the achievements of winner Bruno Perron.