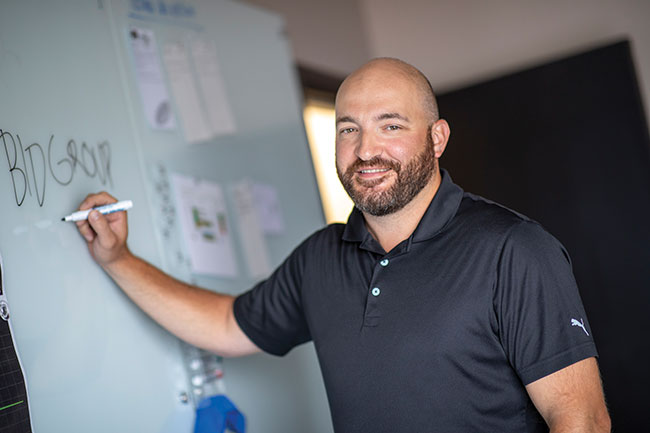 This year marks the 10th edition of CFI’s Top 10 Under 40 award, where we celebrate the bright young champions of our industry. We are very proud to present our industry’s top of the crop – the young leaders, innovators, change-makers, mentors who achieved so much at a young age, inspiring others, and giving back to their communities.

To acknowledge and highlight each winner’s contributions, CFI will feature one of 2022’s winners every week for the next 10 weeks.

This time, we introduce our readers to Maxime Lessard, senior vice-president, customer service and sales for BID Group in St-Georges de Beauce, Quebec.

The 38-year-old Maxime has been a leader in the making since his student days at CEGÉP Lévis-Lauzon while taking up mechanical engineering and ending up being in charge to lead group projects and teams throughout the three-year program.

In 2004 and at only 20 years old, he was hired as a draftsman at Comact, but was quickly offered a position in internal sales, which would be a turning point in his career. Despite the forestry crisis at the time, he was very successful in building strong customer relationships and making key sales throughout North America. His greatest achievements: his involvement in the modernization of one of the largest sawmills in Eastern Canada, as well as the sale of the first optimization and grading systems with defect detection in hardwood. He steadfastly climbed up the ladder, taking a management role and eventually being appointed senior VP of customer service and sales.

“At this young age, he already has an in depth understanding of the sawmilling business and the drive necessary to make sure BID is taking all actions necessary so that our customer base is served the way they deserve to be served. Maxime is a key element in supporting the growth of our company across North America,” says his boss Simon Potvin, BID president for wood processing.

Next week we will showcase the achievements of winner Caity Klaudt.