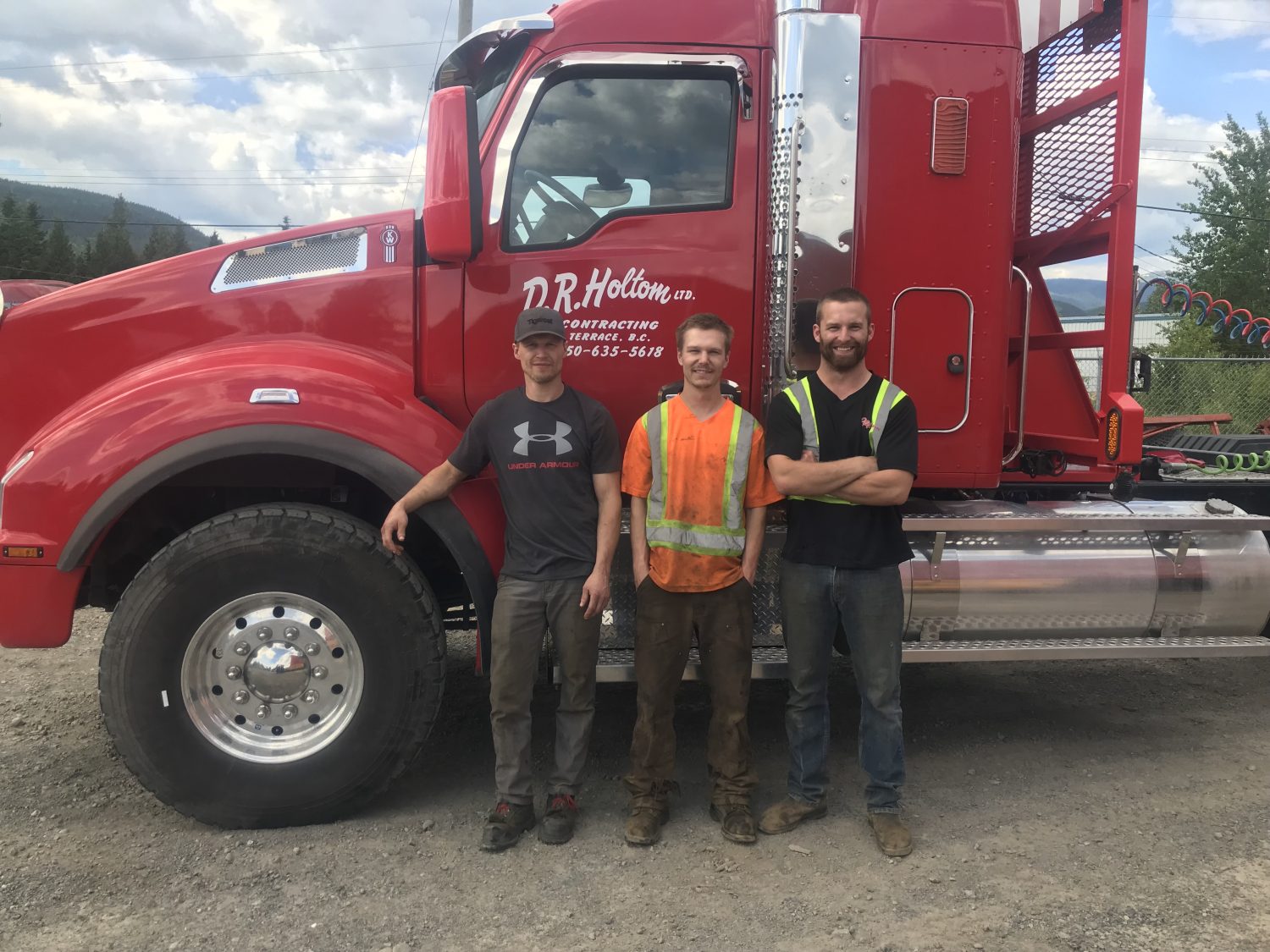 This week, we introduce our readers to Ryan, Kyle and Garth Holtom, who work for D.R. Holtom Ltd., Terrace, B.C., as mechanic, foreman, and operator, respectively.

Ryan, Kyle and Garth have been in the forest industry working in their family business for years.

Ryan, the eldest brother, now 29 years old, was initially interested in pursuing carpentry. After high school, he took a four-year carpentry course. When he was home on breaks from school, he enjoyed working in the shop on the forestry equipment, and consequently chose to pursue his heavy-duty mechanic and welding apprenticeships.

Today, he takes care of the day-to-day requirements in the shop and is beginning to learn the office procedures, including safety orientations, contract interpretation and monitoring the purchasing and pricing.

Kyle, meanwhile, has been interested in the industry from a young age, visiting logging sites with his dad. By age 13, he was helping walk loaders into the job sites. Officially, Kyle has been working in the industry for 10 years, but “he really has been part of the industry longer than his employed years,” Kaitlyn Lewis, Ryan’s partner, says.

After high school, Kyle got his welding ticket and began working in the shop. His years out on the sites made him a pro at troubleshooting when equipment broke down on-site. But eventually he decided he preferred to run equipment instead of working on it and returned to the forests, now as a foreman/operator. At 28 years old, “he is now a very good operator, can run and enjoys running all equipment, especially on steep slopes,” Lewis says. Kyle also does all of the company’s line boring and is learning contract negotiation and job quoting.

Twenty-four-year-old Garth, like his older brothers, also began working in a different business, this time in gas line clearing and road maintenance. But the draw of logging and forestry led him back to the family business, and, over the years, he has worked his way through the ranks. Now an operator, he runs a processor and can drive logging and lowbed trucks. He can also easily adapt to running other machines as needed.

“At fairly young ages, the boys had earned respect from other operators and business people,” Lewis says. “All three boys can be relied on to step into any day to day activities. It doesn’t matter the day or the hours. They work very long hours and sometimes give up their weekends, but they have decided that the forest industry is where they want to be.”

Up next: we showcase the achievements of winner Andrew Betts.