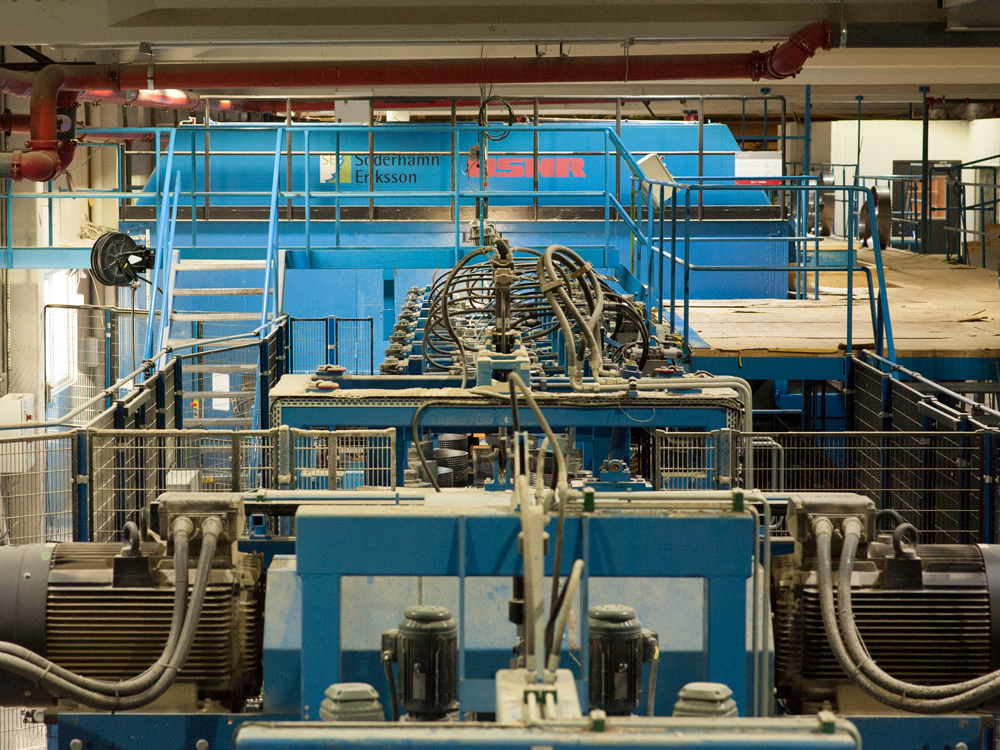 In August 2017, the first logs were sawn on Norra Timber’s new line at its sawmill in Sävar, Sweden. The line was designed with the bold notion of being the fastest band saw line ever conceived. During the summer of 2018 the facility reached its full capacity with the installation of its third LogMaster HPS resaw.

In our Millwide Insider newsletter, issue no. 43, we told readers about the band saw line at Norra Timber near Sävar, Sweden. At the time, though it still had one phase to go, it was touted to be the world’s fastest. Having completed the final phase, the goals have now been reached.

Sävar Sawmill has a long history of band saws from USNR. The old line, with its speed of 65 metres per minute, had served the mill for about 40 years and was now ready for a well-deserved retirement, to make way for new technology in a fast-paced market.

The goals for the new line were set high: to double the speed and halve the kerfs, all with an increased recovery. To achieve this, all the latest innovations of sawing technology were applied to the project. The design features two chipper canters upstream of the saws. This provides a square cant for the first saw, thus reducing the cut height to get maximum speed and less sawdust.

Norra Timber chose not to replace the old resaw during the first stage of the investment. It soon became clear that the slower resaw was the bottleneck of the line. So, during the summer of 2018, a tri-band Logmaster HPS 1800 was installed, allowing the line to reach its full capacity. 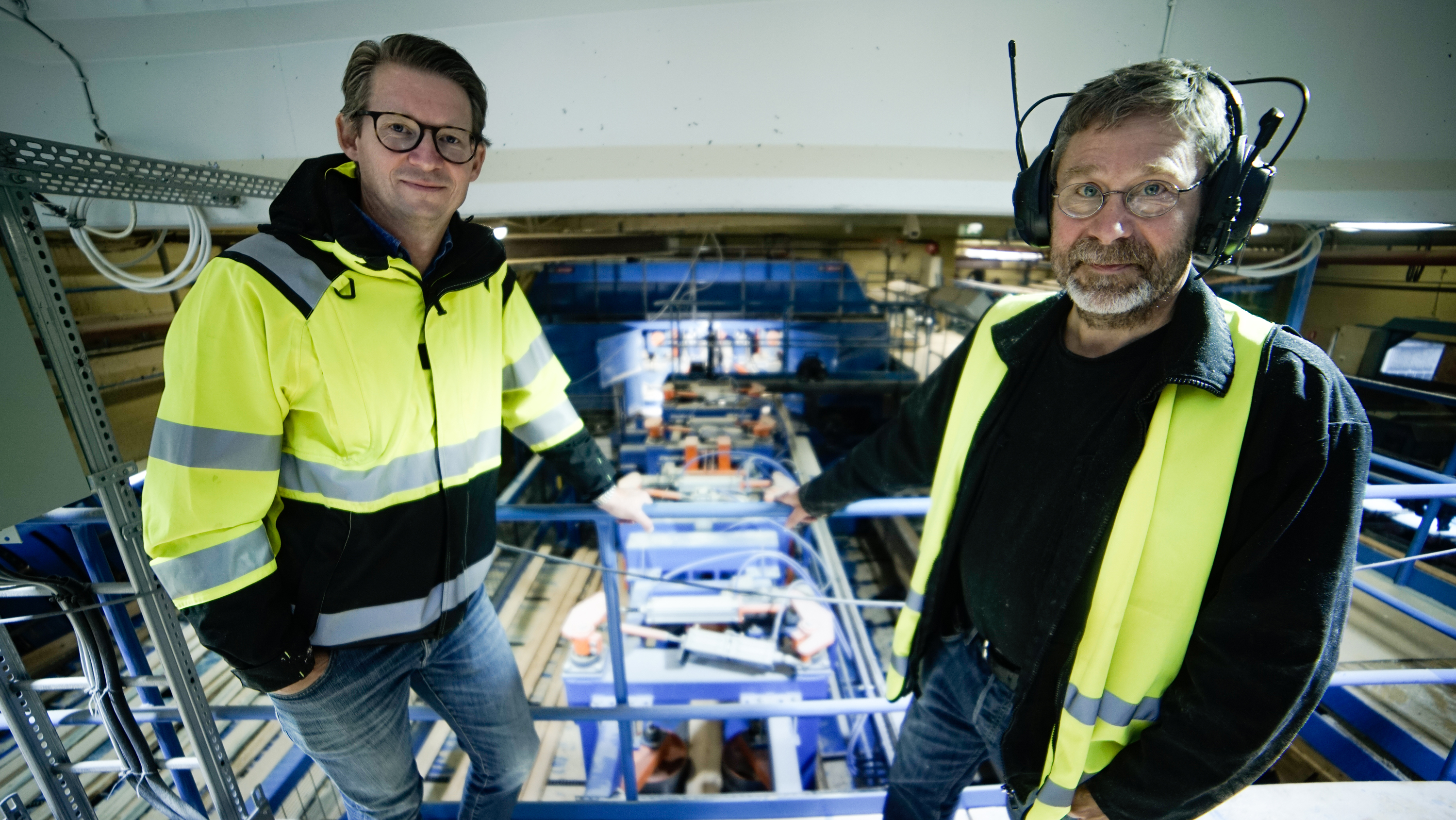 Johan Fredriksson, Norra Timber project manager (left), and Mats Ekberg, USNR engineer, stand above the line upstream from the Logmaster HPS 1800 resaw. This is the third and final phase of the project.

Johan Fredriksson, Project Manager at Norra Timber, commented on the latest installation. “The third Logmaster HPS (the resaw) has been in service for three weeks and it runs very well. We’re still tuning the controls to match the high speed. It has already been running at 70-150 metres per minute, depending on log size, and several times we’ve increased the speed above that rate. The production line runs at its targeted capacity now, about 230,000 cubic metres of sawn lumber annually.”

Johan expressed his approval of the line now that the final phase is complete. “We have been running a year now and it operates really well. Of course, there are challenges with running at such high speeds. We don’t have much room for error, especially with log gaps of only 40 centimetres (1.3 feet).” Johan went on to say he believes the line can operate at up to 180 meters per minute with the saw blade speed of 100 metres per second.

He explained one challenge the mill experienced in the past year. “During the first winter of service the saw line faced a two-month period of blistering cold weather with temperatures of -20 degrees Celsius and colder. Processing frozen logs is quite different from doing it under warmer conditions.”

He also noted that the mill needed to do some tuning of the chipper canters during this period, which is typical with any new equipment.

Johan explained that, since the saws always cut square cants, the side boards produced have a more uniform shape, which decreases the demand on the edgers. All these factors served to push the bottleneck in the production line further downstream.

Originally the mill planned an ambitious goal to halve the kerfs from the already thin kerfs of three millimetres (circular saws are typically four millimetres). Johan reported, “Our normal kerf is 2.8 millimetres and we have performed tests with 2.2 to 2.4 millimetres. We need more tests before we get there, but kerfs of two millimetres are absolutely within reach with these saws.”

Looking to the future, Johan said the mill’s next step is to install a new stacker expected to be up and running during late fall of this year. “We are also building an additional dry kiln as we speak. When these installations are finished we plan for a yearly production of 250,000 to 270,000 cubic metres.”