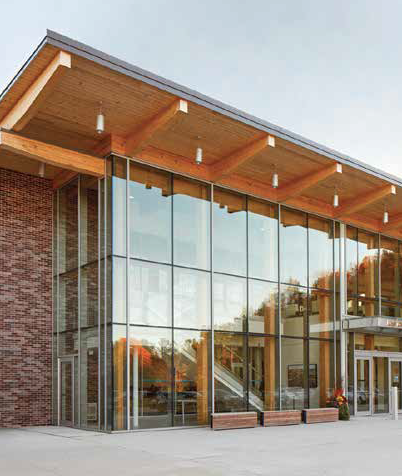 “We’re happy to partner with OFIA this year to recognize design and construction teams that are pushing the boundaries for wood construction,” said Marianne Berube, the program’s executive director.

Six awards were presented to celebrate the use of wood as a building material in projects that have demonstrated excellence, creativity and innovation across the province. 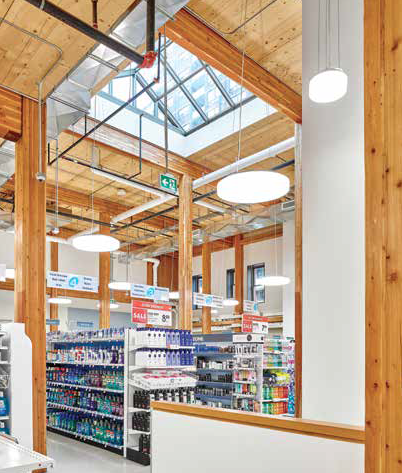 The innovation wood design award showcased a Shoppers Drug Mart flagship store in Toronto, designed by Brook McIllroy, Petroff Architects, ERA Architects and structural engineer Blackwell. Located one block south of the intersection of Yonge and Bloor Streets, the 22,027-sf store was completed in December 2019 and features not only four levels of glulam post-and-beam framing, but also the city’s first use of all-wood elevator and stairwell shafts. 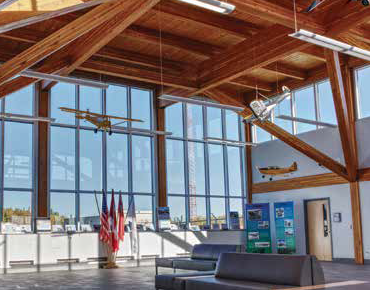 The low-rise commercial wood design award recognized a new 10,915-sf airport terminal building in Kenora, Ont., for which WSP Canada served as both structural engineer and architect, through its company Architecture49. Open since September 2018, the one-storey building uses locally sourced wood as a key structural element. Its roof and floor joists, too, were manufactured within Kenora. 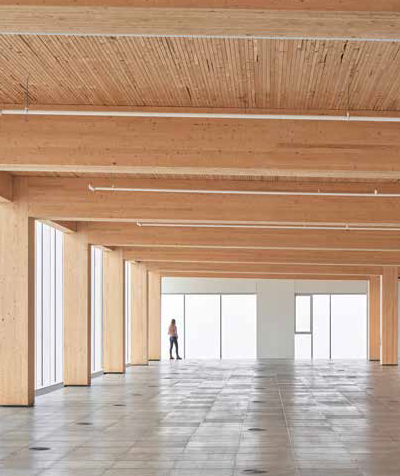 Finally, the mass timber wood design award recognized Quadrangle and RJC Engineers’ work on 80 Atlantic in downtown Toronto. This mid-rise commercial building is reportedly the province’s first in 100-plus years to use a timber frame, thanks to revisions in 2015 to Ontario’s Building Code. The 90,000-sf, five-storey office building with ground-floor retail was completed on Oct. 31, 2019.

“These design and construction teams are revolutionizing the way we think about wood in construction,” said Jamie Lim, OFIA’s president and CEO.