The BC forest industry needs representation in Ottawa 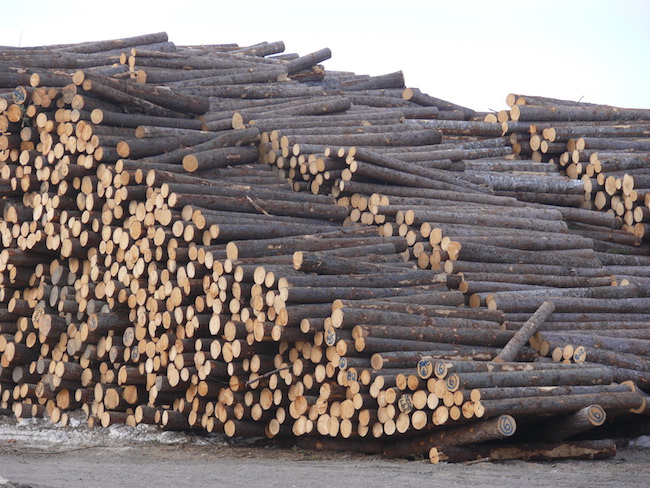 Following the recent federal election, I’m disheartened that none of the parties mentioned the forest industry or any other natural resources, other than the Trans Mountain pipeline. I suspect I’m not alone in noticing that our industry seems to have been given the cold shoulder in this election.

Given that a large portion of western Canada’s traditional economic development is from natural resources, is it any wonder there is a growing sense of alienation? The lack of dialogue was all the more surprising in B.C., where conditions have become increasingly dismal for the forest sector.

Current trade and production data show strong indications that the B.C. forest sector’s weakness is on par with the last major downturn of 2009-2010.

There are thousands of people out of work, temporarily or permanently, for a number of reasons. But there was hardly any acknowledgement of the pain that the forest industry is experiencing.

In B.C., forest tenure holders, timber harvesting contractors, their suppliers, workers and families are facing a province-wide meltdown. A major labour strike on the B.C. Coast is heading into its fifth month, paralyzing the entire Coast; timber supply is shrinking in the Interior, leading to unaffordable stumpage and mill closures; market conditions for various commodity products are frustrating; there is a 20 per cent duty on lumber exports to the U.S.; and new provincial policies and initiatives are leading to turmoil and uncertainty.

Every day I receive calls from contractors venting their anger. People are scared. The province’s primary industry is melting down and, aside from some funds for re-training and transition, there is little empathy for the pain and suffering of those who are so dramatically affected.

On Sept. 25, 2019, more than 400 logging trucks rolled through downtown Vancouver as part of the independently organized, grass-roots B.C. logging convoy to express frustration and angst about the demise of their industry and their livelihoods. Emotions ran high for the truckers in the streets of a city that seems to have forgotten its roots. I have never seen such an open display of support from the general public or the industry itself, with massive logging trucks blaring their horns among the city towers.

There is no doubt that there is a recession in the B.C. forestry sector. However, reasons differ from the last go-around in 2009-2010. Many of today’s problems weren’t created overnight, nor will they be resolved quickly.

The situation is so bad that there are now fundraisers occurring in parts of the province to help forest workers feed their families due to Interior mill closures. The absolutely unacceptable five-month labour strike has paralyzed the majority of the B.C. Coast industry, causing some to lose their homes and vehicles.

For an industry that is the economic backbone for much of rural B.C., why isn’t this crisis on the news every single night? Why isn’t it discussed every day in the provincial legislature? Why wasn’t it a major theme for federal party candidates?

Instead we see photos of climate activists while our federal government carries on with a carbon tax and desire to set aside 25 per cent of Canada’s land base. Loggers are the true carbon warriors, yet no photos with party leaders offering them praise have been published. When will government finally understand that active forestry is one of the best ways our country can manage carbon? Our working forests are most effective when functioning as a working forest, not stagnant parks.

The rural-urban divide is beyond a notional discussion; it is blatantly palatable. We need government policies best suited for the industry and the communities that rely on it, not the mass of disillusioned voters in our cities.

We need voices in Ottawa that fully understand forestry and timber harvesting, and are not afraid to stand up and talk about what is needed to ensure we continue to have a forest sector that is resilient and strong, and provides prosperity for those who have invested their entire livelihoods into working in British Columbia’s and all of Canada’s forests.

David Elstone is the executive director of the Truck Loggers Association in B.C.