Features
‘Our focus is on impact with speed’: Stéphane Renou talks Forestry 4.0 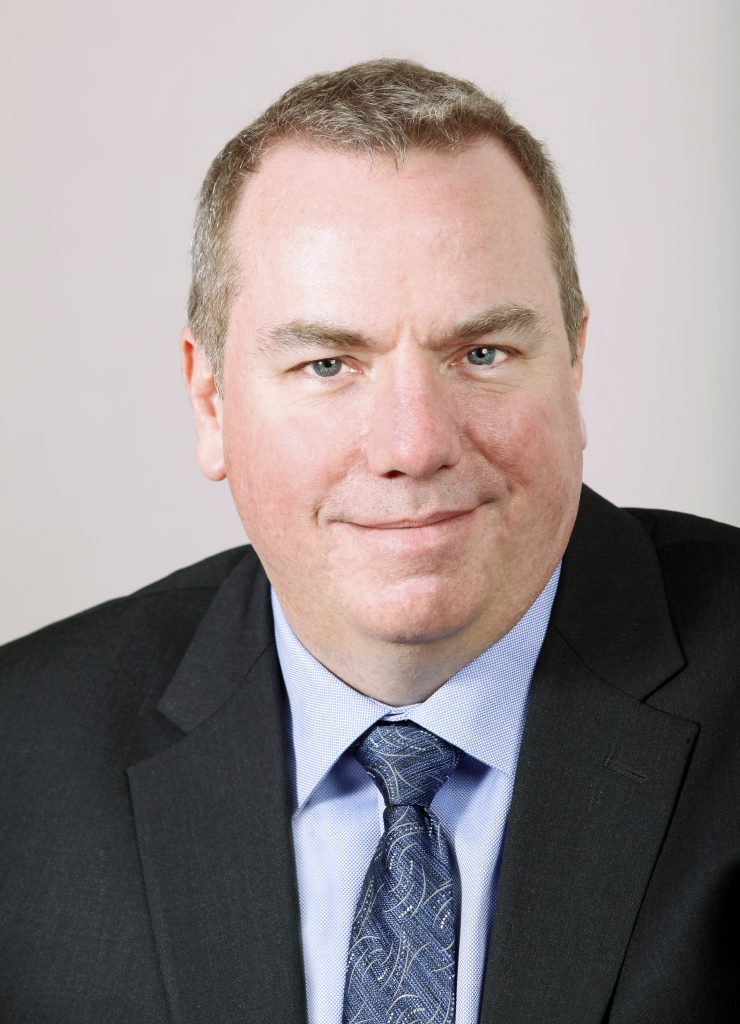 CFI spoke with FPInnovations’ president and CEO Stéphane Renou to get a sense of where the initiative is at, what challenges they face, and what loggers and sawmillers can do now to embrace the new wave of technology advancements.

CFI: What are some overarching challenges faced by the forest sector right now that have led to the Forestry 4.0 initiative?

Renou: The first one is the labour shortage – getting people in the forest. Getting them in a safe operation, that’s the second big challenge.

The overarching goal is to increase the competitiveness of the industry. So how can we automate parts of the operation that are more harsh, more unsafe, and get more data connectivity so we can increase competitiveness.

Interestingly, the forest environment is probably the most difficult; it’s unpredictable. If you try to automate cars on a nice highway in California, that is one challenge. If you try to automate machines in the forest environment where things move around and we don’t know the quality of the terrain upfront – that is probably one of the biggest challenges of automation.

CFI: The initiative launched in early 2018; how have things been progressing so far?

Renou: It’s a learning experience for all of us. What we’re really trying to do is bring lots of technology that exists and is emerging in other sectors. Everybody has heard about IoT and Industry 4.0, which is all about data connectivity. We’re bringing them to the forestry world with the additional challenge of connectivity in much more remote areas. We don’t have Internet plug-in trees so we need to create data networks.

What I’ve really liked so far is focusing on the key things that we can do and getting those technologies through. Some technologies will progress on their own – the 5G network is progressing anyhow, so we don’t need to focus on that. We’re focused on the goals that we can achieve short term and then long term. We’re looking at tangible steps on the machine, so, for example, getting the machine manufacturers to create better decision systems for the operator because that’s one thing we can do quickly. It’s about what we can do now.

Our approach is to be agile. We’re not looking to create a long, 10-year plan with all the details. Let’s look at what can be done now, and what can be done fast, and which partner we can bring in to move the needle. It’s an agile way of looking for technology instead of doing it all in-house. Grab what’s out there, put it together, make a demonstration, learn and reiterate. That’s where things are at now.

CFI: What have been the challenges thus far for project managers when it comes to implementing some of these projects?

Our sector is pretty lean in terms of operations – it’s really operation savvy. Adding additional tasks to the crew is a challenge but getting direct teaming is important. We’ve had good reception and good interest, but getting it real on the field is one of the challenges.

There are also some regulatory challenges that we are all dealing with across Canada. There are no regulations around automated vehicles, so everyone is learning that. We have some work to do with partners in the government and the industry to say, ‘What are the guidelines and how do we move the needle on all fronts at the same time – the regulatory, the technology and the human acceptance of all of those steps and the integration in the operation?’

We don’t need to invent, we need to transpose technology and we need to help each other to get it done faster. It’s about speed.

CFI: Are there particular projects or advancements to highlight?

Renou: The platooning project that was demonstrated a few months back was a highlight when you look at the speed of the project. It’s going to propagate now to a higher level of automation and more realistic use cases.

It’s those types of projects that we need to do now, to experiment and look at the challenges that we don’t see. It’s easy to image research problems in an office, but when you go to the field and you demonstrate, then you learn fast what the real problems are.

CFI: How do the projects take into account regional differences when it comes to contractors and lumber producers across Canada?

Renou: At this point, we’re looking at the commonalities. Of course, there will be regional differences – size, terrain, species, etcetera – and we will need to apply them, but we are more in need of convergence to see the common problems to put in an effort that will help everyone first and then we can differentiate based on region.

CFI: For a contractor or a lumber producer right now, what are some immediate changes or investments he/she can make to begin the process towards Forestry 4.0?

Renou: The first thing everyone can do is to take a look at the data they have now. If you look at each machine, each skidder, harvester, whatever machinery, there is a set of data available. Try to make an inventory of the data.

Everyone is scratching their head about what to do with the data. So before implementing the next generation of IoT, there’s a lot of data out there and the first challenge is to realize that and start thinking: ‘Hey, if I could optimize my truck fleet based on knowing hours, fuel consumption and variation on those, what’s the economic benefit of that?’ We already have a lot of data available but we don’t concentrate it and we don’t automate the transfer of it everywhere. They should be asking: ‘I have data already, what can I do with this?’

Mills have a lot of data networking already so they are a step ahead, but the gap I’m seeing is the relationship between the two. If the mill knew upfront which tree will be harvested where, what dimension and characteristics of the log, the mill can predict what they will receive to plan ahead. That’s where we can see the efficiency. From the tree to the lumber product, we want to optimize that path between the harvester and the mill.

And get engaged and communicate. I always tell my scientific team: the best ideas rarely come from the top PhDs; they come from the people on the ground. Don’t be afraid to communicate the reality to all of the technologists. It’s in that teaming that we get strong.

Sometimes there are problems that seem big for those on the ground, but they are easy from a technology perspective, but we don’t seem to find the time to communicate them. We should be tackling those first.

CFI: You took over the FPInnovations reins in late 2017. What has been your experience so far, and has there been a key focus for you?

Renou: It’s been just awesome, I have to say. I’ve had different jobs in different industries, and I think this is the first time I see an industry where I can have in the same sentence: economic growth, sustainability and environmental impact. The forest industry checks all those boxes at the same time.

It’s about regional development, Indigenous development, helping capture carbon by intensification of forests, creating jobs and new products. It’s a phenomenal challenge, but, at the same time, a possibility. Since taking the reins of FPInnovations I have seen the talent we have and the possibility of partnerships. I have work for 30 years ahead of me, I just need to get it done in five now!

My focus, and what we’ve seen in FPInnovations in the last year, is really a stronger focus on impact and impact with speed. We’re really centering ourselves to transfer technology to the industry now and to have an impact now. And by now I mean one to five years.

And we’re really focusing on where impact is quantifiable and not just for exploring. It’s about helping our industry be more competitive, keeping it in Canada and keeping it strong.