Industry News Markets
Our Reliance on the U.S.

As I sit at my keyboard writing this editorial, our friends south of the 49th Parallel have just struck a last-minute deal on their debt ceiling. Had they not been successful, it could have crippled their already floundering economy. 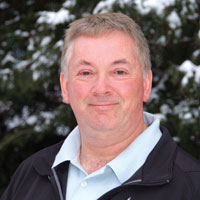 This latest crisis, was really more about politics and political games between the Democrats and the Republicans than the economy. But for us here in Canada, it hammers home just how much we rely on a buoyant U.S. business climate and how much of an impact, positive or negative, U.S. politics and policies can have on the plight of our economy.

Economists and financial experts on this side of the border were forecasting troubles ahead for the Canadian economy if the U.S. lawmakers could not, or would not work out their differences and come to an agreement. Not resolving this issue was an unlikely scenario based on the political pressure those in Washington were facing from their constituents and other world leaders to get their house in order. However, if they hadn’t sorted things out, the consequences would have been dire, including a far deeper recession, or even a depression, in the U.S. along with higher interest rates, higher unemployment and a higher cost of living.
Whether we like it or not, we have to accept that the U.S. is still our biggest trading partner and will be for the foreseeable future. For Canada’s forest industry, growing markets in China and other parts of Asia have certainly helped stabilize the sector over the past few years, and it looks like the trend of shipping our wood products to Asia will continue to grow. However, despite the good news from the Far East, that market doesn’t even come close to the volume of products we historically shipped to the U.S. when times were good.

That is part of the reason Canada’s two largest forest products producers – Canfor Corporation and West
Fraser Timber, both reported disappointing results for the second quarter of this year. Although Canfor’s president and CEO, Don Kayne, noted the company is  “seeing several positive indicators in lumber markets, especially Asia, where we shipped record high volumes in the quarter,” he warns in his comments on the second-quarter results that “a sustained recovery of lumber markets and prices will not begin until there is a turnaround in the U.S. economy, and particularly the housing sector.”
Canfor did report net income for the second quarter of $26.2 million, but that is down by just over $6 million from the previous quarter and over $11 million for the same period in 2010.

At West Fraser, they also reported results for the quarter that were in the positive range, but they were down significantly at just $10 million. That’s a huge drop from the $67 million in earnings the company reported for the same time period in 2010 and $9 million lower than the company’s earnings in the first quarter of 2011. Like his counterpart at Canfor, West Fraser chairman, president and CEO Hank Ketcham noted the positives in Asia, particularly “stable” shipments to Japan and shipments to China that “are continuing to grow at a steady rate,”but he added, “historic low housing starts and economic uncertainty continue to negatively affect lumber and panel prices.”

According to a joint news release in mid-July from the U.S. Census Bureau and the Department of Housing and Urban Development, housing starts in the U.S. for June 2011 were at a seasonally adjusted annual rate of 629,000, or almost 15% above the May numbers. While that is good news for Canadian wood products producers, the U.S. starts are still a long way from the peak of 2.2 million starts in early 2006. And while improving housing starts may be positive for Canadian lumber producers, any gains are being offset by higher log prices, lower lumber prices and a surging Canadian dollar that is hitting record highs partially because of the economic problems in the U.S.

Here in Canada, we are definitely in better shape economically than the U.S. However, we shouldn’t be too confident. Our ties to the U.S. mean our economy is still fragile, and unfortunately no matter how much lumber sales to Asia grow, to be successful, we still have to rely on our U.S. neighbours to consume the bulk of our forest products.