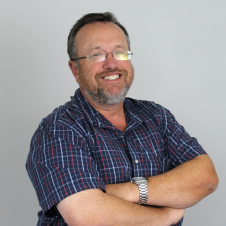 The Board of the Ontario Woodlot Association (OWA) is pleased to announce the appointment of John Pineau as executive director effective May 4, 2020. Pineau brings extensive experience working in non-profit organizations to the OWA, as well as significant time in progressively responsible positions in industry and government during a career spanning over 35 years.

Most recently, Pineau was employed as provincial leader Ontario for FPInnovations, a Canadian non-profit dedicated to research across the forest and wood products value chain. Prior to this he served as executive director of the Canadian Institute of Forestry (CIF) from 2006 to 2014. Pineau also worked for the Forestry Research Partnership as science extension manager from 2000 to 2006. Early in his career, he worked for the Ontario Ministry of Natural Resources from 1979 to 1994 in a variety of capacities and locations across the province. He was also employed by Millar Western Forest Products in Alberta as G.I.S. manager and biologist from 1994-2000. Pineau has a Bachelor of Science Degree in Biology from Trent University and a Diploma in GIS Technology from Fleming College. He currently volunteers on the Boards of Directors of the CIF, the Canadian Ecology Centre, and the Friends of the Petawawa Research Forest. Pineau and his wife Liz live in Mattawa, Ontario. They have three adult daughters and a grandson.

“We are excited to have John join the OWA as our new executive director. He will help us with our plans to grow membership, enhance our value proposition, diversify our business model, and successfully advocate on behalf of Ontario woodlot owners,” said Paul Robertson, president of the OWA.