Aug. 8, 2016 - A former sawmill in Georgetown, P.E.I., is being converted into a multi-tenant facility to house new and existing business. 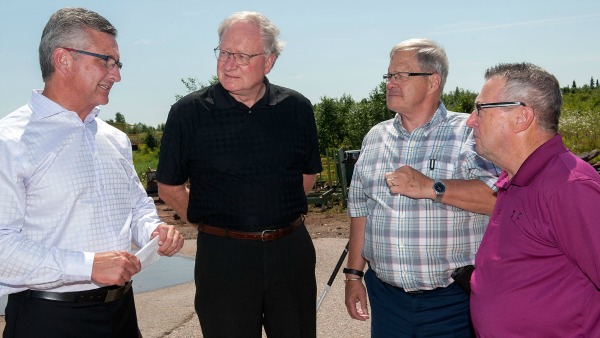 The project, funded by provincial and federal investments of more than $2.6 million, will transform the former Georgetown Timber facility into a manufacturing and marine technologies hub to attract new businesses and investment and create and retain skilled jobs in the area.

“After nine years of sitting idle, the Georgetown Timber facility will once again become a hub of activity and place of work for eastern Prince Edward Island,” Premier Wade MacLauchlan said in a news release. “This property represents enormous opportunity to drive economic growth and contribute to the vitality of the Town of Georgetown.”

The project represents the spirit and determination of Atlantic Canada, federal Agriculture and Agri-Food Minister Lawrence MacAulay said in the release.

“The Atlantic Growth Strategy was created to support initiatives like this one, and the Government of Canada is pleased to partner with the Government of Prince Edward Island to move this project forward and help build a brighter future for this community,” MacAulay said.

Tim Mair, president of Georgetown Port Inc., said in the release he is pleased to see the project moving forward, and excited about the potential jobs and economic growth for the Georgetown area.

“We have a tenant ready to move in when the work is done on this building, and we’ll be working to attract others as soon as possible.”