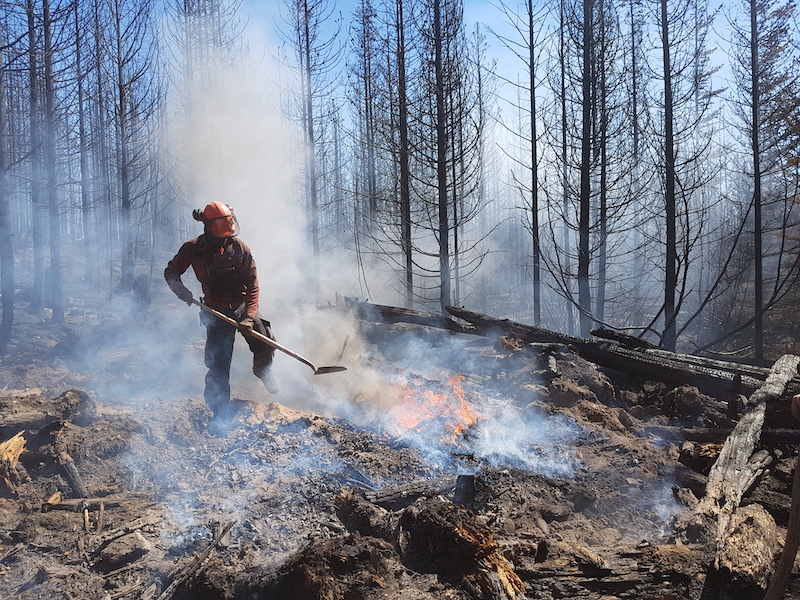 Researchers from Canada and the United States want to de-escalate the devastating forest wildfires that are increasingly occurring due to climate change, while strengthening development of a forest-based bioeconomy in British Columbia, boosting carbon uptake and reducing emissions.

These goals are part of a $1 million, four-year theme partnership project called “Wildfire and Carbon” announced today by the Pacific Institute for Climate Solutions (PICS), which is hosted and led by the University of Victoria. The project team includes scientists from the Canadian Forest Service, the University of British Columbia (UBC), and the USDA Forest Service.

“For example, can short-term increases in emissions from fuel reduction treatments, bioenergy use and creation of fire breaks be justified given the expected emission reductions from less severe wildfires in the future?” Beck asked. “These are the questions we are looking to answer.”

“For example, direct emissions from British Columbia’s 2017 and 2018 wildfires were each more than three times those of all B.C.’s sectors combined,” he said.

Kurz says the project will investigate opportunities to reduce future emissions through proactive landscape management, including fuel reduction that makes use of the biomass in a bioeconomy. Biomass derived from thinning, the creation of fire breaks or from wood left after harvest that is currently burned in slash piles could instead be used in long-lived wood products such as building materials, which store carbon and are a substitute for emissions-intensive steel or concrete, he says.

Lori Daniels, a co-PI and professor with UBC’s Department of Forest and Conservation Sciences, says the project is aiming for transformative change.

“We envisage a future where the goals of fire risk reduction, bioeconomy, emissions reduction and increased resilience of the forests to climate change can be quantified, evaluated, managed and achieved,” she said.

“Being able to share our Canadian and U.S. expertise, analytical tools and data is incredibly important for ensuring the resilience of our Pacific Northwest forests, including the coastal, mountain and boreal forest landscapes.”

This new project will also build on past research by the PICS Forest Carbon Management Project, which enables forest carbon dynamics to be simulated down to the single hectare, for nearly all forested areas in B.C.

PICS executive director, Sybil Seitzinger, says Wildfire and Carbon is one of the institute’s flagship theme partnership projects, which tackle complex and critically important climate mitigation and adaptation challenges. She says this project also aims to have a positive spinoff for the forestry sector, with the potential development of new bioeconomy opportunities and jobs.