March 13, 2018 - Pinnacle and West Fraser have begun the conversion of an existing particle board facility in Smithers, B.C., to a wood pellet production facility.

The project under the Smithers Pellet Limited Partnership will be co-owned by West Fraser Timber Co. (30 per cent) and Pinnacle (70 per cent).

The plant will have an annual capacity of 125,000 metric tonnes, with production expected to begin in the third quarter of 2018.

Both fibre supply and customer off-take agreements are in place under long-term agreements, the company reports.

“We are pleased to be partnering on the Smithers facility redevelopment with West Fraser. This project will contribute to the economic vitality and job growth of Smithers and other local communities,” Robert McCurdy, CEO of Pinnacle, said in a news release. “We are committed to the numerous communities throughout the Western Canadian fibre basket in which we operate, and we plan to continue to look for similar projects to support our future growth.”

Pinnacle currently operates six industrial wood pellet production facilities and a port terminal in B.C., and, in addition to the Smithers operation, has a new production facility under construction in Entwistle, Alta. 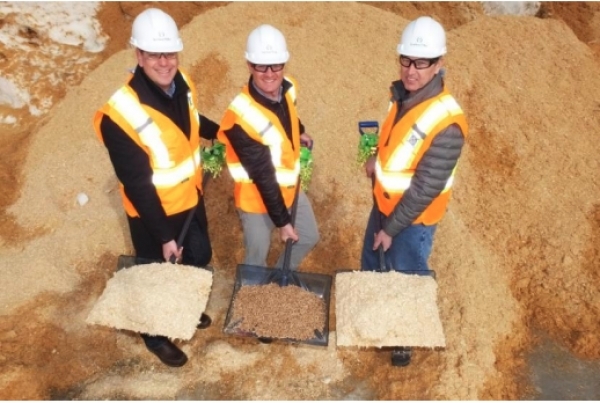 From Left to Right: President & COO of Pinnacle Renewable Holdings
Print this page