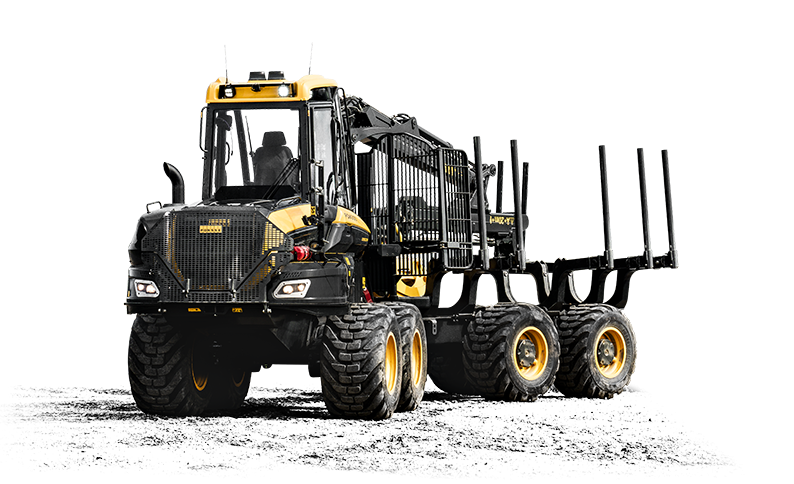 Over the last quarter century, Ponsse has successfully staked its claim in the forests of North America, but the legend began in 1957 with a frame saw held by a farmer’s son in Northern Savonia, Finland. By the end of the 1960s, Einari Vidgrén fashioned his first load-carrying forest tractor from recycled parts in a local village workshop. The Ponsse brand has been non-stop ever since.

In 1991, Ponsse touched down on North American soil when legendary forestry advocate Earl St. John brought the first machines to Powers, Mich. Through proven performance, word quickly spread through the forest industry that Ponsse was here to stay.

In 1995 Ponsse North America established a North America Subsidiary in Atlanta, Ga. Sensing opportunity and demand for cut-to-length machinery in the Great Lakes region, the company found its way north and fully took root moving its North American headquarters to Rhinelander, Wisc., in 1997.

Since setting up shop in North America, Ponsse has never stood still. A brand journey that first began in Michigan, quickly gained ground in Wisconsin and Minnesota, then Canada, The New England States, Oregon, Washington and New York. Today, the brand that began in a small village in Finland has now changed the forest industry landscape of North America with machines hard at work in about 35 states nationwide supported by many dealerships and service centres across the continent.

From the launch of the Scorpion in 2014, to the much-anticipated launch of the Bison in June 2020, Ponsse has always defined the cutting edge of innovation and performance in forest machinery. The machines are nothing without the horsepower of the passionate men and women that continue to write the next chapter of Ponsse North America’s quarter century success story. Today, the company tips its hard hat to the nearly 100 employees and dedicated customers of Ponsse North America– some with over 20 years of service and loyalty.

From a simple frame saw held by Einari Vidgrén in the Finnish countryside to a family-owned forestry legend, Ponsse shares our continued global and North American success with the tireless and loyal family of employees and customers who continue to forge our reputation as king of the forest and a logger’s best friend.