April 21, 2016 - The risk for forest fires in Alberta and Saskatchewan have already reached extreme levels, according to a recent article by The Canadian Press.

Kerry Anderson, a Natural Resources Canada fire research scientist, stated that the high levels are due to unusually warm temperatures that have melted the snow away faster than normal. 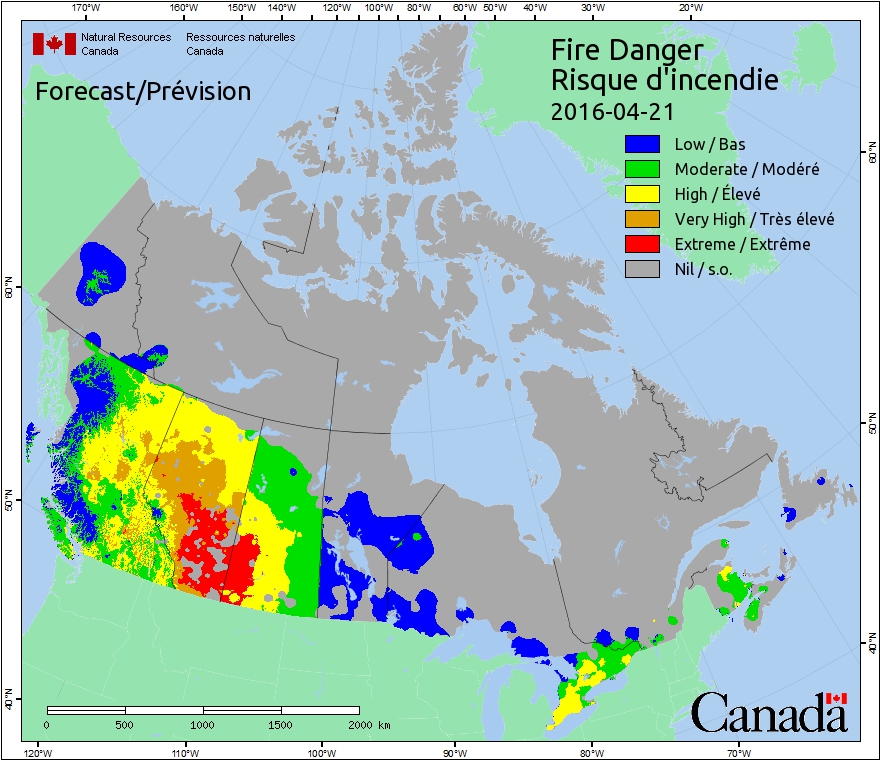