March 30 - British Columbia’s Premier Christy Clark has been announced as a keynote speaker for the 2016 COFI Convention taking place from April 6 to 8 at the Delta Grand Okanagan Resort in Kelowna, B.C.

The convention will also feature the Municipal Leaders Panel Discussion with the mayors of Prince George, Williams Lake, West Kelowna and Cranbrook; and a trade show with approximately 40 exhibitors. 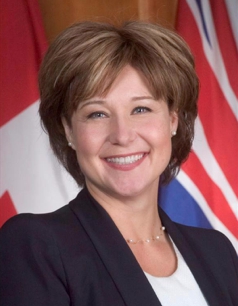