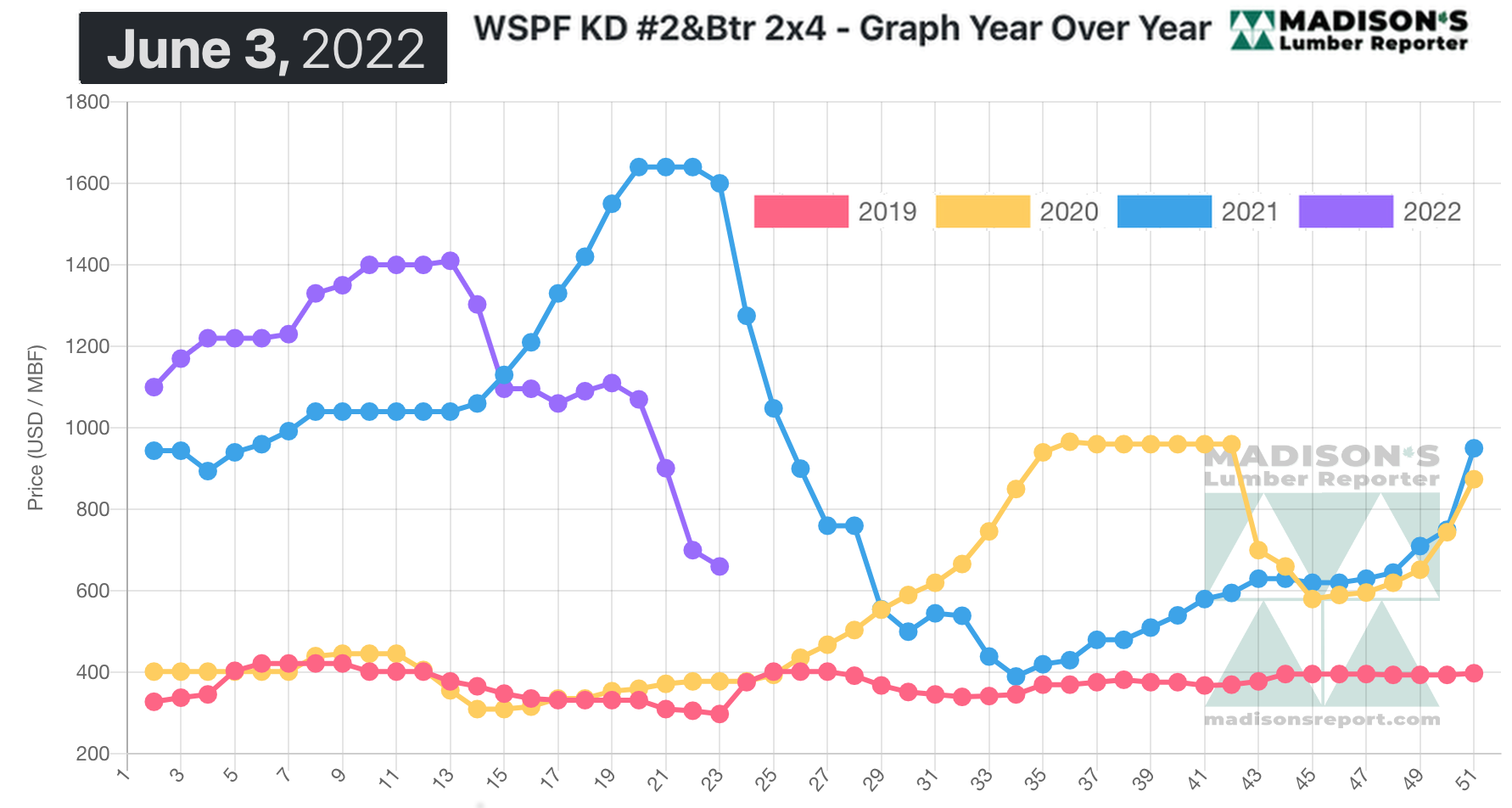 As usual for this time of year, most large home builders and construction companies have received the wood needed for their projects, and lumber prices start dropping. It was this week last year when lumber prices reached previously never-imaginable highs and stayed that way for a few weeks before tumbling way back down, to the lows of 2019. Recent transportation constraints eased somewhat, as delivery delays moved from more than one month to two weeks. Supplies improved, causing stiff competition between sellers for limited orders on-offer.

After big drops of a few week lumber prices started levelling out, for the week ending June 3, 2022, the price of benchmark softwood lumber item Western Spruce-Pine-Fir 2×4 #2&Btr KD (RL) was $660 mfbm, down -$40, or -6 per cent, from the previous week when it was $700, said weekly forest products industry price guide newsletter Madison’s Lumber Reporter. This is down by -$285, or -30 per cent from one month ago when it was $945.

Sawmills kept lowering their asking prices, however drops were decidedly less dramatic than the previous week. 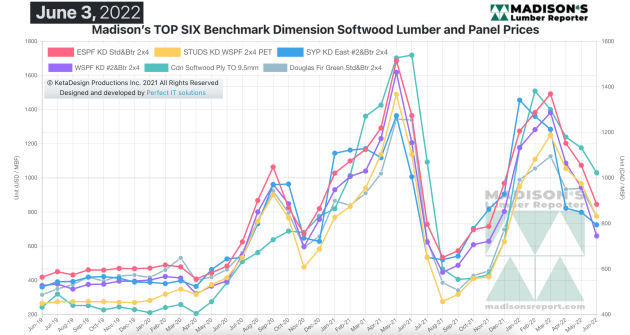 Traders of Western S-P-F commodities in the United States described a market that was more lethargic than usual for the time of year, even for a holiday-shortened week. Prompt availability was prevalent in some cases, but many suppliers reported shipping delays of two weeks.

June began not with a bang but with a whimper, so primary and secondary suppliers of Western S-P-F  in Canada continued their attempt to attenuate oversupplied positions. Buyers were firmly in the driver’s seat thus competition for limited orders was heated. Prices persistently peeled back as producers pursued apathetic purchasers. Players didn’t expect much more downside to the market moving forward, but the last two years have taught them to be ready for anything.

“Producers of Southern Yellow Pine dimensional lumber felt – read: hoped – they were close to the bottom of this current price slump. Asking prices continued to fall but the drops were notably less significant with each passing day. Buyers were mum again, sitting on their hands with an expectation that prices will keep declining. Order files were into the weeks of June 13th or June 20th, sawmill- and item-dependent.” — Madison’s Lumber Reporter