April 7, 2016 – In the public eye, the forestry sector’s reputation has improved leaps and bounds, according to COFI 2016 luncheon keynote speaker Bruce Anderson of Abacus Data, who discussed his experiences researching public opinion of Canada’s forestry sector.

These days, the number of Canadians with negative or indifferent opinions related to the sector has decreased dramatically.

“When I see about a 20 per cent negative public opinion towards forestry today, given the nature of the business, it’s a pretty low number and a pretty manageable number,” Anderson told the crowd.

So, what’s happened to change people’s opinions related to the sector?

Back when his polls were taken in 1997, Anderson found that running out of forests, a lack of replanting, mass amounts of paper waste being sent to landfills, paper mills poisoning water supplies, and the possibility of significant climate change were the public concerns that generated many of the negative opinions towards the forestry sector.

“Now people think regeneration of forests is a normal thing to do,” Anderson said.

He said that the Canadian public also believe that mills are cleaner these days than in the past, and that change in opinion is largely due to mills running ad campaigns where they welcomed the Canadian people to come and tour the mills to see how safe the operations were firsthand. Although most Canadians would never take up a mill on its offer of a tour, the public appreciated the offer and largely viewed it as evidence that mills, on the whole, were becoming safer.

Although climate change is still a hot-button issue, many people believe that the regeneration of forests is a good way to deal with part of the climate change issue, Anderson told the crowd.

Much has also been done to stop the uphill battle that used to be associated with promoting wood products for the construction industry. These days, wood product use in construction is largely viewed as a valuable, safe and environmentally sound option.

Anderson said that it’s vital that members of the forestry sector inform the general public of all of the positive initiatives they undertake to continue to grow a positive opinion for the sector.

“It’s not as hard or expensive as it used to be,” he said. “It’s a good idea to get your message into a broader sector.” 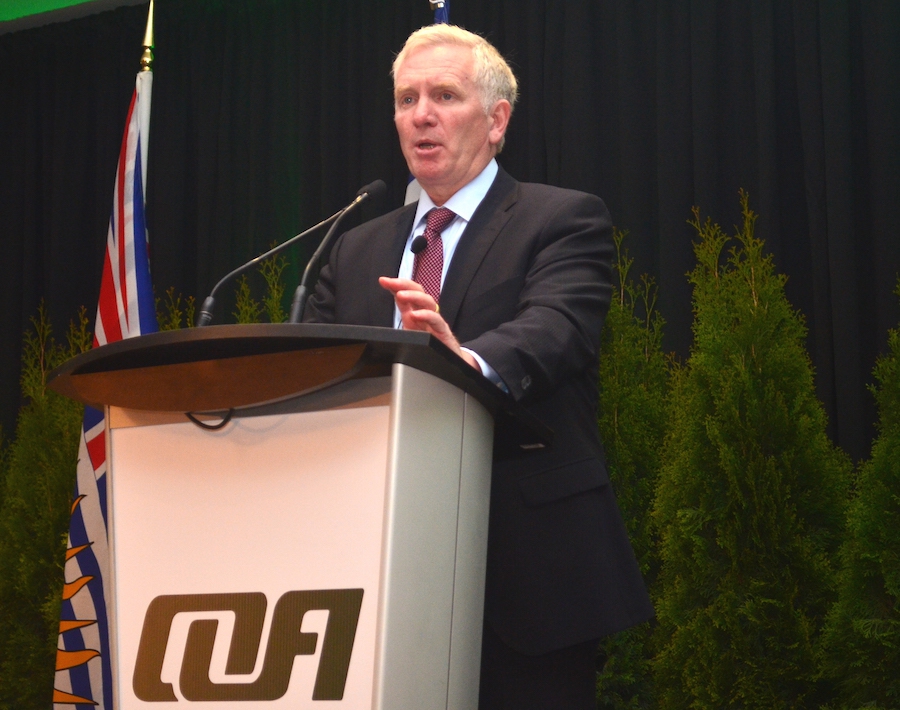