March 29, 2016 - When local investors decided to purchase Hefler Quality Lumber, a sawmill in Middle Sackville, N.S., from the Prest family, producing lumber was only one of the opportunities they envisioned at the mill.

The new owners knew that the mill had the potential to become a cogeneration facility, in addition to producing upwards of 15 to 18 million board feet annually.

While planning upgrades to increase board-feet production last March, a harsh winter storm collapsed a section of the roof and walls, forcing the company to increase the scope of its upgrades. By late May 2015, the mill was back up and running. By last November, the mill had reached its target of 60,000 to 65,000 bdft a day, thanks to a $2.8 million investment in equipment and building upgrades. This meant the mill could now produce its target of between 15 to 18 million fbm annually.

The increased production was important for two reasons: to keep the sawmill competitive and to fuel the com-
pany’s latest investment, a 3.1 megawatt, biomass-fuelled power generating station, which was commissioned this past summer. Hefler Quality Lumber signed a 20-year contract to supply power from its biomass generator to the grid as part of the Province of Nova Scotia’s community feed-in tariff program.

To help the new owners achieve their goals they hired Blair Saulnier, the mill’s general manager, who had previously worked for the mill from 1993 to 2002. He knew the capabilities of the sawmill, which was underperforming at the time of its purchase by the new owners. Saulnier was also hired for his 10-plus years working for an engineering company that specialized in troubleshooting, commissioning and designing various boiler plants and biomass facilities similar to the one built for Hefler Quality Lumber.

“One of the reasons this mill was a great fit was its accessibility to the grid,” Saulnier says. “The substation is less than a half-a-kilometre away, which is not often heard of, and the existing sawmill was already producing waste that could be used as its fuel source.”

The sawmill’s original intent was to supply 50 per cent of its biomass to the generator and then buy the rest, but due to rising costs for harvested biomass, the mill’s owners decided they needed to be self-sufficient. This was another driver behind the most recent upgrades to the sawmill.

“We don’t know what fuels are going to do over the next 20 years and that’s what we have a contract for, so we decided to do a sawmill upgrade that would let us produce 15 to 18 million fbm. This allows us to be self-sufficient,” Saulnier explains.

Three weeks of residuals from the sawmill are stored in a Britespan fabric dome away from the 17,000 sq. ft. power plant and the sawmill. Only a few days worth of biomass is kept in a storage bay connected to the generating plant.

The process
The biomass in the storage bay is fed on to a conveyor by a Volvo L70G wheel loader, which transports the biomass to the plant’s combustion chamber that runs at 2,000 F. Any biomass that is either not ground up, or too big for use in the plant’s operation, is ground up by the mill’s 3600 Morbark Wood Hog before being sent to the store bay.

“At 3.1 megawatts, we require about 40,000 to 45,000 pounds an hour of steam,” Saulnier says. “The neat thing is that once we’ve utilized the steam for the power we need, the waste steam coming off of the turbine runs our dry kilns and helps heat our buildings. That takes away a cost of about $300,000 a year in furnace oil we would be using otherwise.”

After biomass enters the combustion chamber it goes through three stages.

The ash created by the process is given to local farmers for use as fertilizer.

Some of the excess heat from the flue gases passes through an economizer that pre-heats the water going into the boiler.

“The purpose of the economizer is so you don’t need as much energy to heat the water back up,” Saulnier says. “It’s common in boiler plants. It’s a way for us to utilize as much of the heat as possible before losing it out the stack.”

When the flue gases leave the economizer they then go through a cyclone separator that removes any final particulates that may be in the air before going out the stack. By the time the steam hits the stack it’s around 300 F and clean.

After moving through the superheated coils, the steam travels to the plant’s Siemens two-stage turbine, which turns at 1,800 rpm for a Hyundai-designed generator producing 3.1 megawatts of electricity.

“The turbine can ramp up in about 30 seconds,” Saulnier says. “Because we’re burning a wood-fired boiler we’ve actually stretched it to about 200 seconds before it goes up to full speed.”

The boiler plant and the combustion system was a packaged system created by KMW Energy based out of London, Ont. KMW Energy was the primary equipment supplier for the project, supplying the boiler, turbine, generator and much of the auxiliary equipment.

Acadian Construction out of Moncton, N.B. were the general contractors on the project and assisted in the building of the 17,000 sq. ft. building housing the plant and oversaw the project’s construction. The company also co-ordinated the electrical, mechanical and other sub-trades on the project. The mechanical engineering company hired for the project was Crandall Engineering, while Black & McDonald and Maritime Pressure Works shared the mechanical installation duties.

“The panel operator runs everything from the control room and makes any necessary adjustments required to safely operate the plant, while the outside operator walks the floor, taking readings, performing preventative maintenance, and making field adjustments when necessary while corresponding with the panel operator,” Saulnier says. “It’s a second-class power plant and we’re fortunate enough to have a first-class chief engineer retired from Nova Scotia Power. Even though it’s a small power plant we tried to set the control room up the same as you would see in a larger power plant.”

A long-term solution
With a 20-year contract to produce electricity for Nova Scotia Power, Hefler Quality Lumber has created a productive use for its sawmill residuals and a secondary income stream to help the company stay competitive well into the future.

“With all the challenges of having a sawmill in a very competitive marketplace, sawmills need to start thinking outside the box to find other ways to generate revenue in order to survive, which in turn creates long-term employment,” Saulnier says. “In our case, our solution was to produce 3.1 megawatts of power for Nova Scotians.” 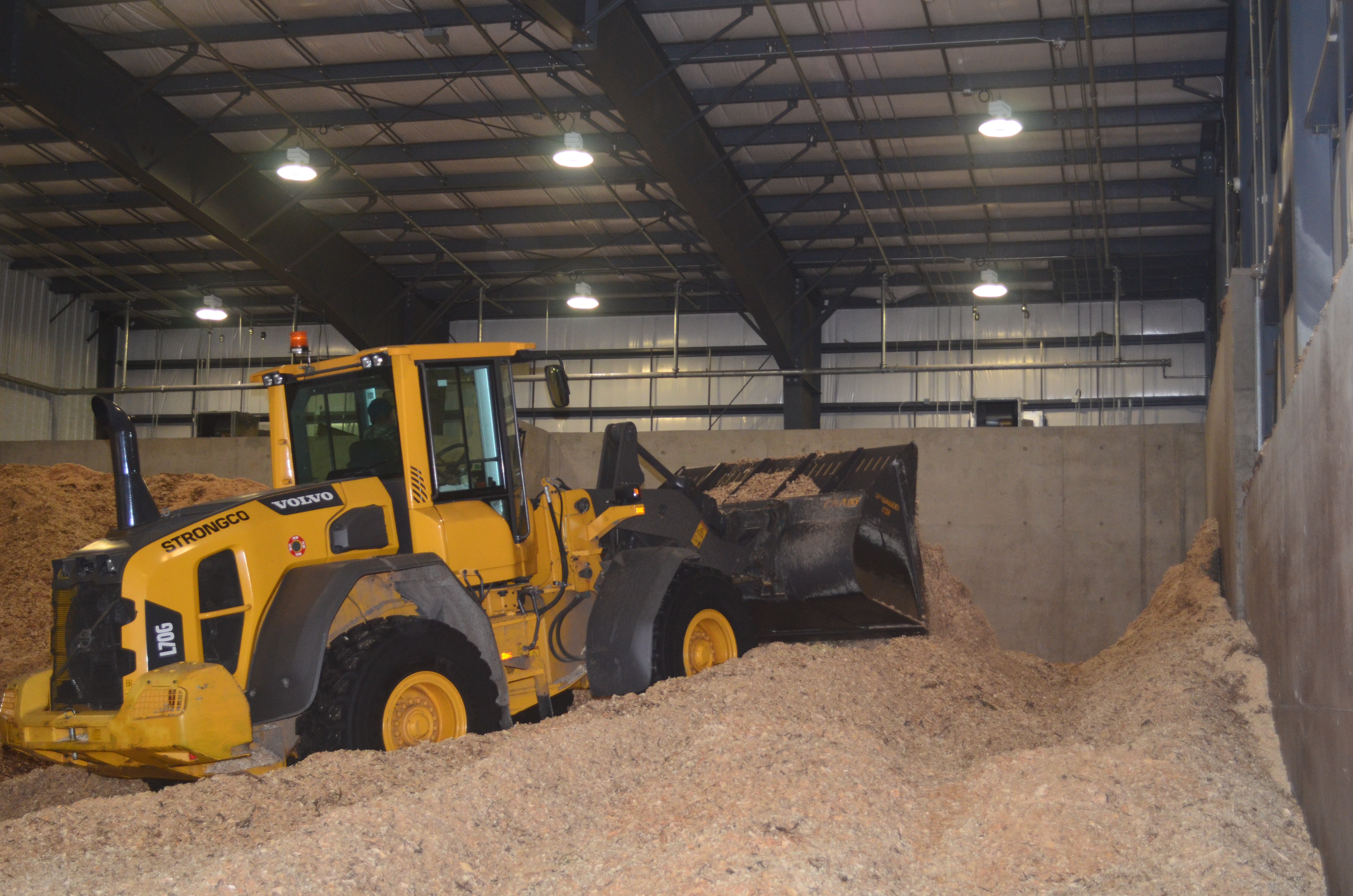