In the previous week the benchmark construction framing dimension softwood lumber commodity price touched exactly where it had been one year ago, except had been on a relentless six-week slide downward while in 2020 it was sharply on the way up. What does this mean for the lumber market? Last year was unprecedented in so many ways, that it will take some time to understand the circumstances that occurred. Meanwhile, 2021 is also unprecedented, but in some rather different ways. Only in the future, with the benefit of hindsight, will we be able to explain these remarkable times. 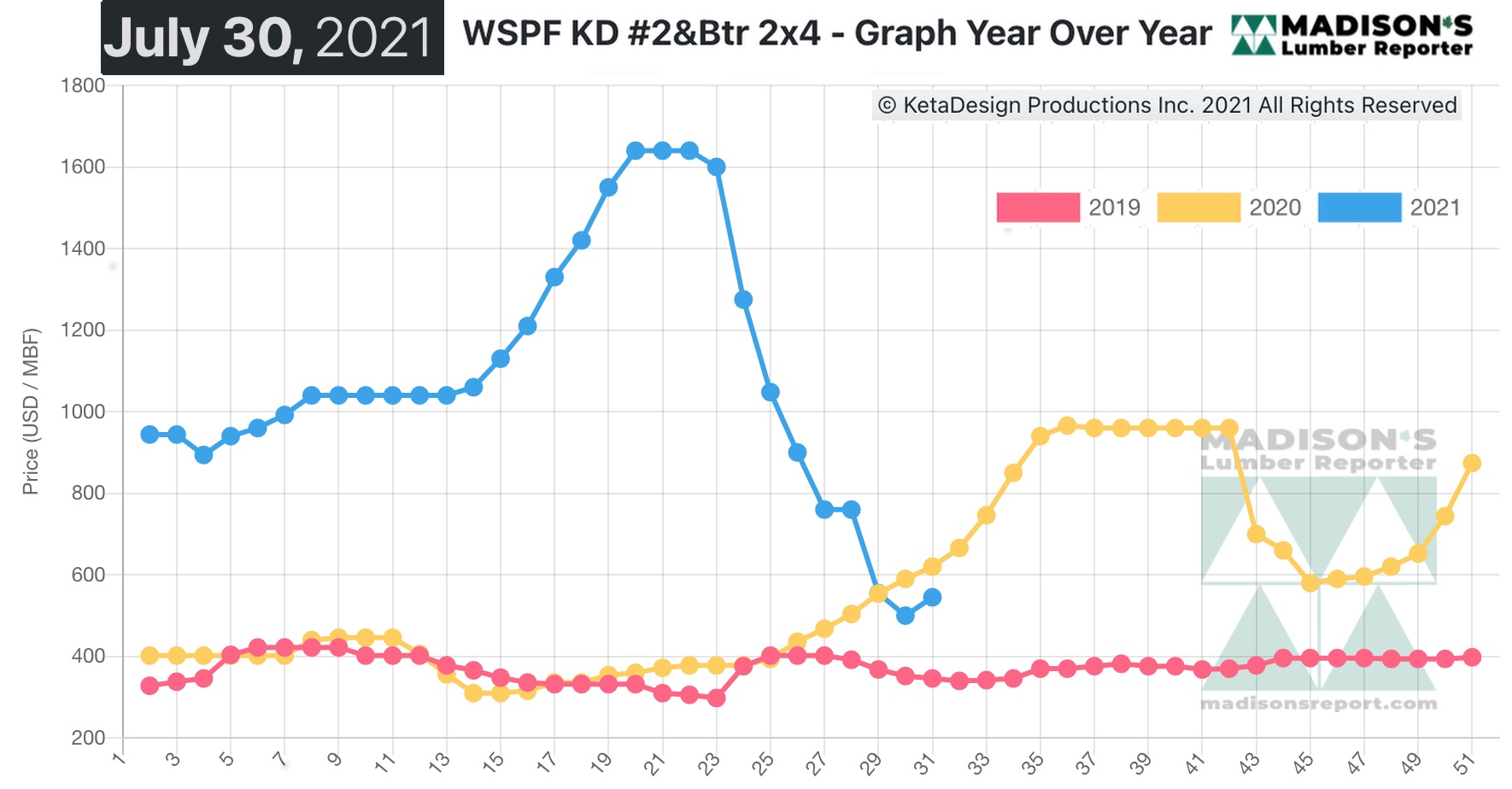 The approaching Canadian statutory holiday to kick off August got more Canuck buyers off the fence, especially as they saw prices flattening out – or in some cases, regaining ground.

“Much of the market appeared to be putting in a bottom, but triple-digit price spreads persisted in many species.” — Madison’s Lumber Reporter

Cautiously optimistic reports from Western S-P-F suppliers in the US indicated that the market may have put in a price bottom on some items for the week ending July 30, though players were careful to point out wide price spreads still apparent on many commodities. U.S. producers held their prices firm and established one- to two-week order files. Sawmills boosted their asking prices on some higher-grade narrows near the end of the week, leading to some intense hand-wringing among hesitant customers.

Producers of Western S-P-F commodities in Canada spent another week trying to extend their sawmill order files, finding some success as July came to a close.

“Sales of Western S-P-F studs were a mixed bag. Prices were again hard to peg with so much variation within and between primary and secondary suppliers. Sales volumes remained small, as buyers were unwilling to commit to more than immediate needs. Producers reported sawmill order files between prompt and two weeks out.” — Madison’s Lumber Reporter 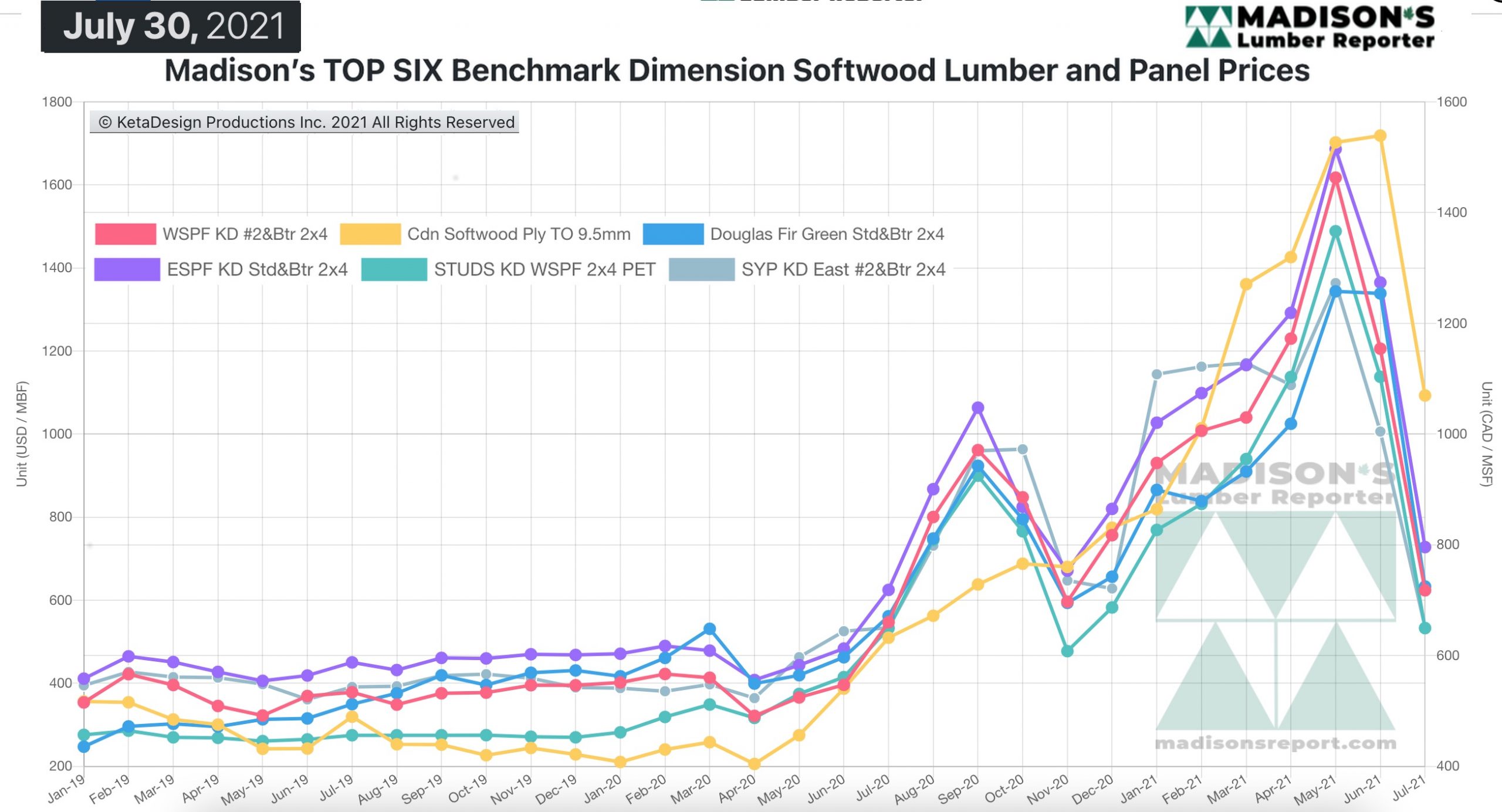