April 22, 2016 - Over 750 participants took part in the 4th Montreal Wood Convention from March 22 to 24 at the Queen Elizabeth Hotel, a 15 per cent increase in participation from the previous convention.

"We are very pleased with the continual annual growth,” said Sven Gustavson, director of softwood and value-added softwood lumber for the Quebec Wood Export Bureau and member of the organizing committee for the event. “We managed to have a good balance between the technology providers for sawmills and wood sellers."

Many suppliers at the convention were happy with the time allocated in the event schedule set aside for networking and visiting booths, which included the entire afternoon on March 23.

The Montreal Wood Convention hosted over 100 exhibitors and more than 90 per cent of large U.S. timber buyers were in attendance, making the even a tremendous success for the organizers. Next year, Sven Gustavson believes that the convention could present more technical seminars with an emphasis on computer software. 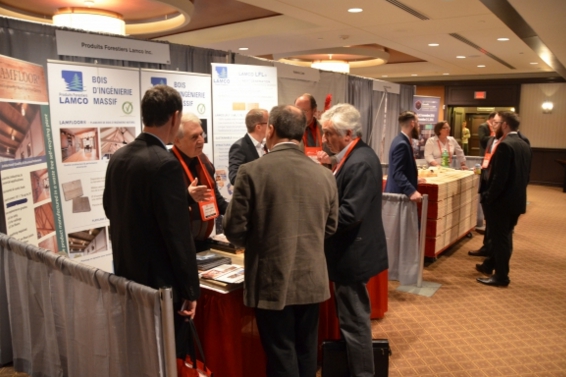