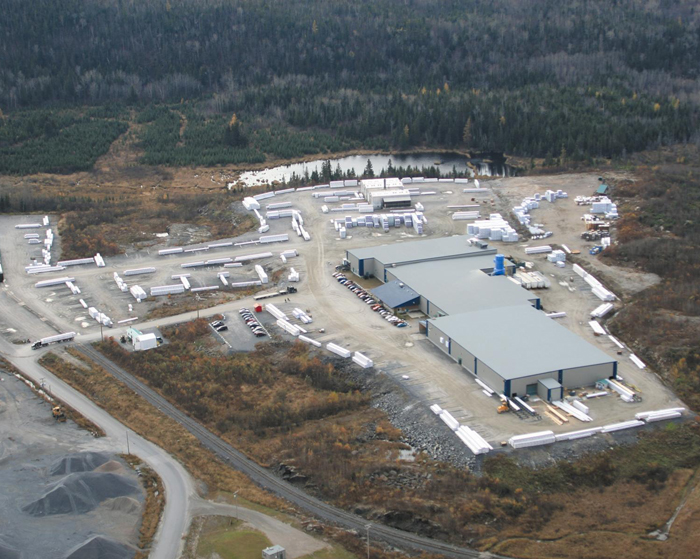 The Engineered Wood Association has announced the winners of its 2018 Safety and Health Awards. The program celebrates safety and operational excellence in the structural panel and engineered wood industry.

The average Weighted Incident Rate (WIR) for the structural panel and engineered wood industry was 6.99 in 2018, a significant decrease from 2017’s 8.43. The 2018 Total Incident Rate (TIR) was 1.41, also an improvement over 2017’s 1.77. WIR is calculated using both the number and the severity of recordable incidents.

The Equipment-based Innovation in Safety Award went to Resolute-LP Engineered Wood in LaRouche, Quebec, for its sheet metal storage system. The goal was to create a system that allowed a worker to manipulate sheet metal with minimal manual lifting and handling. The new system stores metal vertically rather than by stacking horizontally, eliminating fall and hand crushing hazards. A highly maneuverable motorized trolley and hoist retrieves and transports the material to its destination without blocking pedestrian areas. The project has reduced the number of hazards for entrapment, increased productivity and minimized the safety risks for the activity.

The Jeff Wagner Process-based Innovation winner was Roseburg Forest Products Company in Coquille, Oregon, for its safe driver process. Based on a number of near misses between truck drivers and mobile equipment operators, the team at Roseburg developed a Safe Driver Process. It erected small buildings at each of three load/unload sites on the property. These structures, equipped with heat and air conditioning to keep drivers comfortable while they wait, each feature weight sensitive mats connected to flashing lights to let the forklift drivers involved in the load process know that the truck driver is out of their work area. The safe driver shacks have led to a reduction in near misses between truck drivers and forklift operators as well as increased communication and safety awareness.

Begun in 1982, the APA awards program honours the management and employees of companies and mills with the lowest Weighted Incident Rate (WIR) that is calculated using the number and severity of recordable incidents reported on the mill’s annual OSHA (Occupational Safety and Health Administration) report. Since 2008 was the first year that WIR was used, awards and reports for 2009 through 2016 continue to also show Total Incident Rate (TIR), the measure used in previous years.

Seventy-eight APA-member structural wood panel and engineered wood product facilities in the U.S., Canada and abroad participated in the 2018 program. A total of 20 facilities representing six APA member companies earned awards in various competition categories. Some of the mills were multiple award winners.

In addition to the Safest Company and Innovation awards, other competition categories include Safety Improvement, Annual Safety and Health Honor Roll, 3-Year Safety Award and Incident Free Honor Society. The annual honor roll, three-year average and safety improvement categories are divided into three divisions based on the type of product manufactured at the mill.

While the program awards are limited to APA members, data are collected from both member and non-member mills in order to provide a broad-based industry performance benchmark. A total of 78 mills reported data for 2018.

The winning facilities and companies will be recognized and their safety accomplishments celebrated during the Chairman’s Dinner at APA’s annual meeting in November in Tucson, Arizona. Award plaques also will be presented to the winning mills by senior APA management staff.

The 2018 Safety and Health Awards program was the 11th year of the program under a revitalized safety effort spearheaded by an APA Safety and Health Advisory Committee, comprised of several APA member company safety professionals. Under the committee’s guidance, three main goals were established: make the APA program the premier safety awards program in the industry, encourage the sharing of best practices as a means to improve the industry’s safety culture and programs and, most importantly, improve the industry’s overall safety performance.

APA is proud of industry progress to develop and implement systems and processes that continue to decrease incidents and improve worker safety. More information on the APA Safety and Health Awards Program can be found on the Association’s website at www.apawood.org.