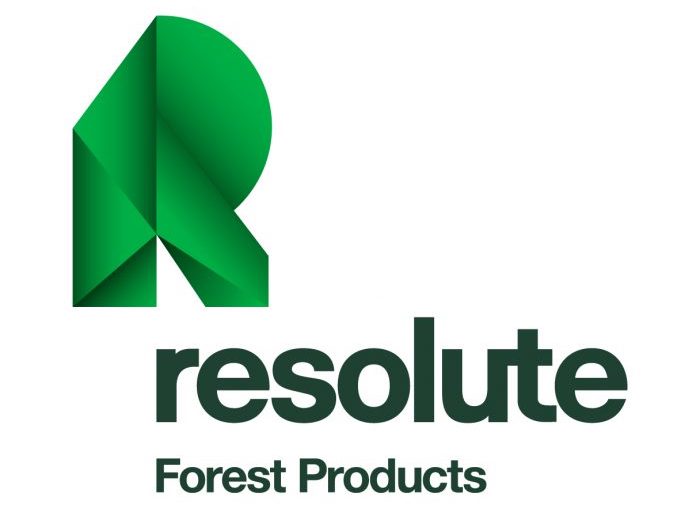 “We took advantage of the rally in lumber prices to further deleverage the balance sheet and drive shareholder value by opportunistically repurchasing five per cent of outstanding shares,” said Yves Laflamme, president and chief executive officer. “While the pulp and paper segments continue to suffer from pandemic economics, we used part of the cash we generated with our lumber business to fully repay all revolving borrowings under our credit facilities, except for the low-interest term loan used to finance the acquisition of the U.S. sawmills, which have generated $38 million of EBITDA under our ownership this year. The tissue business is also picking up steam: with $6 million of EBITDA in the quarter, it has generated $19 million of EBITDA in the last twelve months.”

Resolute also announced the selection and appointment of Remi G. Lalonde as the company’s next president and chief executive officer, and a member of the board of directors, succeeding Yves Laflamme, as of March 1, 2021.

Consolidated against prior period

The company reported operating income of $97 million in the quarter, compared to $6 million in the second quarter. The $91 million improvement over the previous quarter reflects the favourable impact of higher lumber pricing ($117 million), offset by higher stumpage fees with the increase in lumber pricing ($5 million) and lower market pulp prices ($7 million).

The wood products segment reported operating income of $128 million in the quarter, an improvement of $113 million compared to the previous quarter. The significant improvement is due to the $217 per thousand board feet, or 57 per cent, increase in average transaction price, reflecting strong market conditions, particularly from the repair and remodelling market and U.S. housing starts. The delivered cost rose by $6 per thousand board feet, or two per cent, to $361 per thousand board feet, mostly due to higher stumpage fees, which track lumber market prices. Shipments rose by 16 million board feet and inventory was unchanged, at 121 million board feet. EBITDA in the segment improved by $114 million, to $139 million, with the recently-acquired U.S. sawmills contributing $31 million to our EBITDA in the quarter.

The company reported operating income of $97 million in the third quarter, compared to an operating loss of $18 million in the third quarter of 2019. The $115 million increase reflects the favourable impact of higher selling prices for wood products ($104 million), contribution from the recently-acquired U.S. sawmills ($26 million), lower maintenance costs ($22 million), and the weaker Canadian dollar ($8 million). These items were partly offset by the effects of lower selling prices and fewer shipments in the market pulp and paper segments ($52 million) due to softer market conditions. Adjusted EBITDA of $140 million was $117 million higher than the third quarter of 2019.

Looking ahead, Laflamme added: “Together with our strong Canadian lumber business, the well-timed acquisition of U.S. sawmills positioned us well for the recent spike in lumber prices. Although market prices have come off their highs in recent weeks, the demand from the repair and remodelling sector as well as robust U.S. housing starts speak to strong market fundamentals. Accordingly, we are preparing our El Dorado, Ark., sawmill to be restarted in the next few months. Following a very difficult stretch of over six months, there are signs that paper markets activity is slowly and gradually starting to recover, but we expect that the pandemic will have caused some measure of step-change in the secular demand decline trend. In the last quarter, pulp markets were also affected by the pandemic, but we are already seeing global inventories stabilize around balanced levels, and we are cautiously optimistic that markets will recover with overall economic conditions. In regards to tissue, we will continue to focus on customer portfolio optimization and productivity improvements. While retail end-market conditions remain strong, the away-from-home space, which represents about a third of our business, is under pressure due to the drop in commercial activity.”