Apr. 8, 2014, Edmonton - Ritchie Bros. Auctioneers, the world's largest industrial auctioneer, will conduct its largest Canadian auction of 2014 at its permanent auction site in Edmonton, AB on April 23 - 25, 2014. More than 5,350 equipment items and trucks are already listed to be sold in the unreserved public auction—the most of any Ritchie Bros. auction in Canada so far this year—with many more items expecting to be added before auction day. General equipment highlights include: 170 compactors, 150+ excavators, 130+ crawler tractors, 80+ articulated dump trucks, 60+ loaders, 60+ skid steer loaders, 45+ agricultural tractors, 75+ boom lifts, 35+ scissor lifts, 120+ truck tractors, 125+ recreational items and much more. Bids can be made in the auction in person at the auction site, live and online at www.rbauction.com and by proxy.

"There are still two weeks to go and this is already proving to be another massive April auction in Edmonton that will have something for everyone," said Jim Rotlisberger, Regional Sales Manager, Ritchie Bros. Auctioneers. "We have a great selection of equipment for every industry, from construction to mining, transportation to agriculture and everything in between. We are also offering a once-in-lifetime opportunity to purchase a custom-designed luxury home and equestrian facility located west of Ponoka in Bluffton, AB, as well as a selection of agricultural real estate. Every single item in the auction will be sold on auction day to the highest bidder, without minimum bids or reserve prices. We encourage interested bidders to review the upcoming inventory on our website as additional items are being added daily."

Specific equipment highlights in the Edmonton auction include:

So far, equipment in the auction will be sold for 650+ sellers, including more than 60 pieces of heavy construction equipment for Lakeshore Contracting Ltd., an oilfield construction company based in Fort MacMurray.

"I've been doing this for 32 years, it's time to pack it in and I decided 10 years ago that when I retire I would sell my equipment with Ritchie Bros.," said Michael Cardinal, owner of Lakeshore Contracting Ltd. "I constantly maintained all this equipment and made sure all repairs were done regularly. I could try to sell it all myself piece by piece, but that could take years--Ritchie Bros. can sell it all in a single auction. They have great advertising and are always professional."

Equipment consignments are still being accepted for the Edmonton April auction. Interested sellers are encouraged to contact the auction site directly at +1.780.955.2486. For more details on this and all Ritchie Bros. auction, including detailed equipment information and high-resolution equipment photos, visit www.rbauction.com. 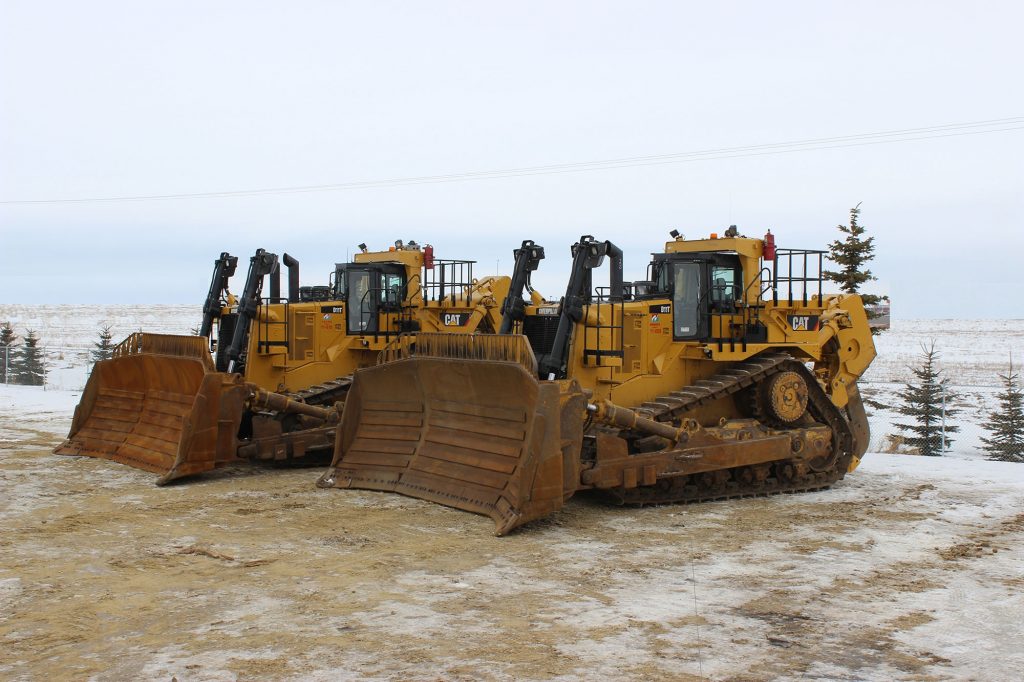 These two 2012 Caterpillar D11T crawler tractors are among the 5 Ritchie Bros. Auctioneers
Print this page