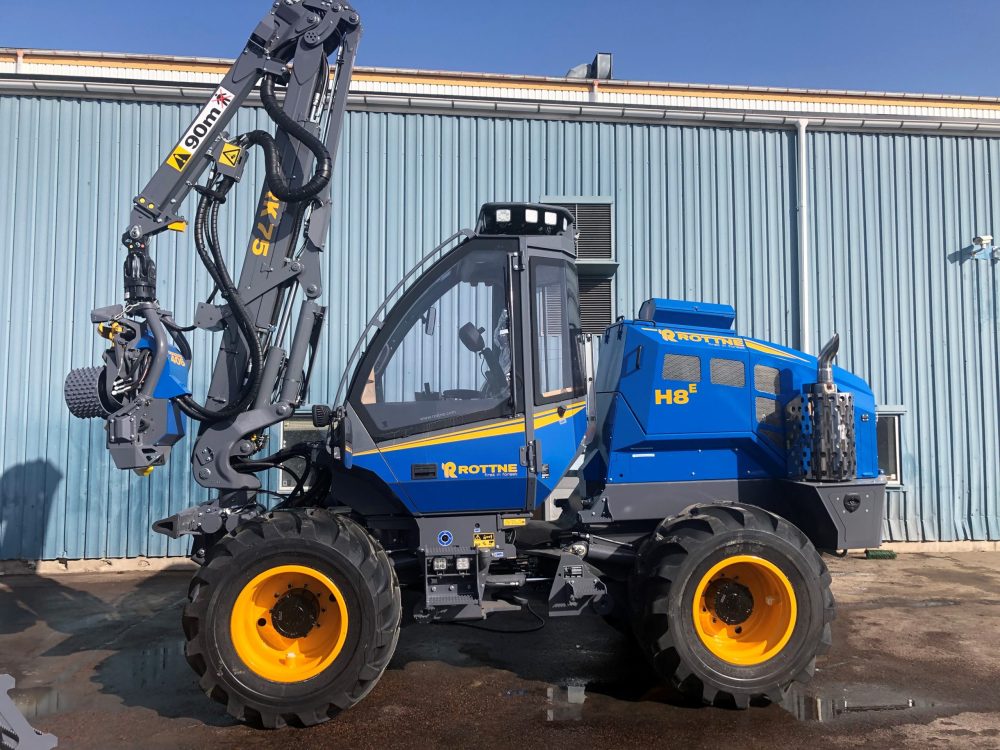 Rottne Industri AB launches Rottne H8E – a significant upgrade of the popular predecessor Rottne H8D. The versatile harvester has been updated on several points and will be equipped with the new and stronger crane, RK75, and have optional boom control.

The first machine from the upgraded series of the Rottne H8E has just left the production facilities at Rottne. More machines are in the production line now.

RK50 has been around since the beginning of the 2000s. Now it will be replaced by RK75 with a lot of improvements and innovations. In short, all the benefits of the older crane have been retained and more advantages have been added. Everything from hardware to software has been reviewed in detail in order to produce a crane that will make both the work and the service easier.

With the launch of the Rottne H8E, Rottne Industri is now taking another step forward in the development of flexible forest machines for efficient thinning work.

“We can proudly launch our first machine with a boom control developed here at Rottne. This, together with other improvements, strengthens our leading position in sustainable thinning for professional forestry,” says Tobias Johansson, CEO of Rottne Industri AB.

Demand for boom control for more of Rottne’s machine models is high and the company’s developers are constantly working on this. For the newly launched Rottne H8E, it will be available from April. Learn more at www.rottne.com/en