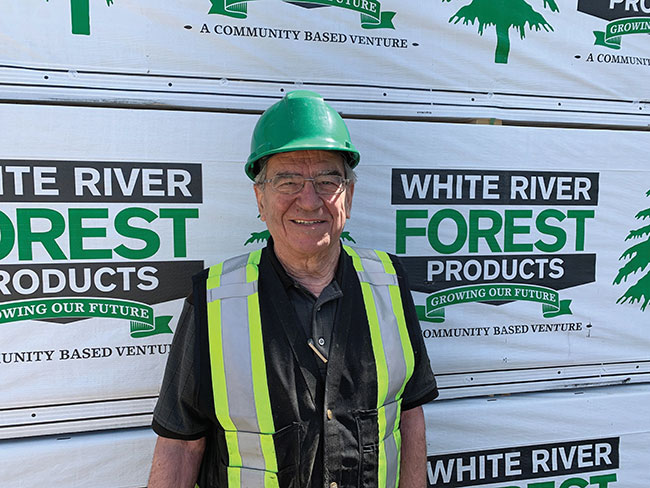 Frank Dottori revived the shuttered mill with help from community.

White River, Ont., about 1,000 kilometres northwest of Toronto, has three claims to fame:

Domtar had shuttered the White River mill in 2007, amid a market slump and challenging labour relations. The community and the Ojibway First Nation of Pic Mobert bought the mill’s assets. They found Frank Dottori, former chief executive of Tembec, a community-minded turnaround pro. Dottori crafted a business deal to reopen the White River mill in 2013, with no government grants, and with ownership shared between the town, the First Nation, and investors, including himself.

The mill has performed well. Demand for lumber is strong, and White River has access to close to one million cubic metres of wood supply. “We are right in the middle of the forest,” says Dottori, as he leads the way at a brisk pace through a dizzying maze of steel staircases and catwalks. The mill feels a bit like the Millennium Falcon spaceship from Star Wars – rusted, dented, and capable of interstellar travel.

“We have the lowest hauling costs,” Dottori says. “All of our resource is within 90 or 100 km from the plant.” Loggers supply the mill with 65 per cent jack pine, 30 per cent black spruce and about five per cent balsam fir.

White River Forest Products is debt-free, but does face a significant challenge: a shortage of labour. About 160 people work at the mill, along with another 250 through contractors and suppliers. The mill hires as many First Nations people as will work, but needs more staff. “We are short 26 people,” Dottori says. “We need equipment operators, electricians, millwrights and engineers.” 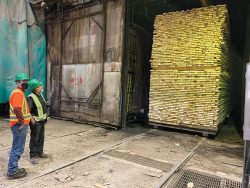 Capital expenditures are underway to modernize the mill.

And now the mill faces another personnel challenge: in the top job. In August, Dottori retired from White River, and sold his stakes in the businesses, including WRFP, the Hornepayne mill and the Hornepayne power plant, to the Toronto-based investment firm Kensington Capital Partners Ltd. and five high-net-worth individuals, one of whom is Tom Kennedy, the chairman of Kensington.

Dottori says Kensington offered to sell him the whole business, or buy him out. “It’s one of the toughest decisions,” he says, “because this thing has so much potential. This thing has made a lot of money. This is a hell of an opportunity for anyone who wants to buy in it and invest in it. B.C. is cutting back, and in Quebec there is not much room for growth. Ontario has some of the lowest cost, best mills in Canada.”

Kennedy, whose investor group now owns 70 per cent of the mill, says, “Kudos to Frank. He created a ton of value up there and ballpark 400 to 500 jobs.”

Kennedy says he would sell the operations to the right buyer. “In the lumber business in the last two or three years there has been a reasonable amount of consolidation. If somebody came along and made us an offer we would consider it.”

While White River right now produces 125 to 130 million bdft, Dottori says it has the potential to increase to 175 million bdft.

“Labour is one of the biggest handicaps we have,” Dottori says. “We can’t get people.”

About 30 per cent of the mill’s workforce come from First Nations, Dottori says. But, Bazonni says, the mill competes with mines, which pay more. To staff up, the mill has brought in immigrants and refugees from as far away as Afghanistan, Colombia, Guatemala, India, Lebanon, Mexico, Syria and Ukraine.

Dottori says federal immigration policy is mired in red tape. It was much easier back in the 1950s when his mom brought in Italians to work on their dairy farm in Timmins, Ont., after his father died.

“In the old days, you had to promise you would look after them for two years,” he says. “That was it, it was done. Now you have to post for six weeks, there is a point system.” He said it takes two years to bring in a worker. But eventually, the workers do get to White River. 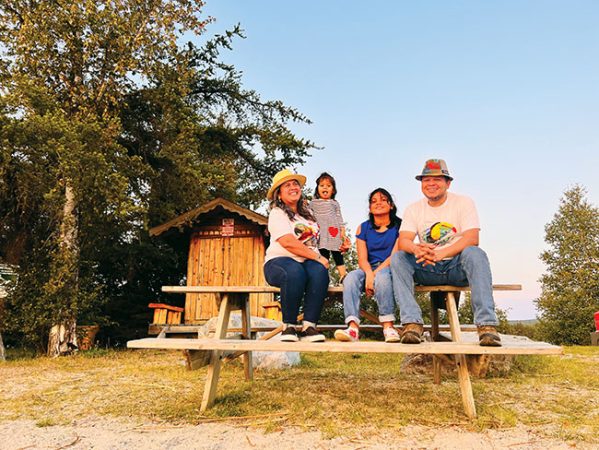 Gabriel Ortega and his family moved to White River from Honduras last year to work at the mill. Photo courtesy of Gabriel Ortega.

Gabriel Ortega gained experience at several companies in Honduras, where he grew up, including Hanes Brands Inc. and Crawley, a logistics company that repairs shipping containers. In early 2020, Ortega got a call from a friend about jobs in Canada, offered through Ivey Group, a recruiting firm. Then the pandemic hit. Finally in September 2020 Ortega had an interview with White River Forest Products. He moved to White River in September 2021.

Ortega began at White River as a junior helper; today he runs the debarkers. He was impressed with the size of the machines, he says. “The first day I saw a chain four inches wide, I said, ‘that is a huge chain’. Then they showed me the 16-inch chain. I used to replace two-centimetre chains. Here things are really huge.”

In July, Ortega’s wife Danelia and two young daughters moved from Honduras to White River. The family has rented a house, and now want to bring Ortega’s two sons, who are in their 20s, and who both want to work at the mill.

“There are better opportunities here,” says Ortega, who taught himself English in Honduras through movies and books. “It’s easier to succeed in this country, which is more fair for everybody.” The mill’s profit-sharing plan helps too.

Ortega laments that White River has no hospital. Even so, he is happy. He even loves the snow. “I feel like a boy,” he says. “I had a snowball fight with two Peruvian guys and a Mexican. I lost. Everybody hit me.”

“We have an arena, we have a gym,” he adds. “We have friendly people. We don’t have to put an alarm on the car. The only thing that wakes you up is the train.” 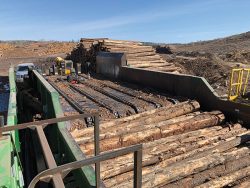 WRFP continues to invest. The mill’s technology includes a Comact automated line, which began operations in 2015 and is currently operating at a 50 per cent higher production rate than the two decommissioned lines combined. The mill also has a modern HewSaw equipped to process small-diameter sawlogs, and two high-speed A8 Nicholson debarkers. The mill has installed a Cathild kiln to increase its drying capacity by 40 per cent; the new dryer will start up in October.

The mill also has a biomass boiler to provide steam and heat energy for the kilns and mill. The wood-fired combustor is a B&W Towerpak steam generator designed and supplied by Babcock & Wilcox Canada in 1974. The boiler was designed to generate 40,000 lb/hr of saturated steam at 250 psig firing hogged wood with an average moisture content of 44.7 per cent by weight. Wood is delivered to a pinhole grate furnace floor via two front wall mounted windswept B&W chutes.

The generator’s fuel-oil burner is not working; unit start up is accomplished by manually building a scrap lumber fire on the grate.

The company says that an additional $10 million in capital expenditures are underway to make the mill one of the lowest cost mills in Eastern Canada.

To drive to the mill’s entrance, one must navigate a maze of narrow lanes alongside towering log decks on all sides; behind the mill stand many stacks of finished lumber, wrapped in the mill’s distinctive white plastic. Dottori says White River has struggled to find truck drivers to haul the lumber away – and has a hard time convincing Canadian Pacific Railway to stop its intercontinental trains to hitch on some rail cars of lumber – though he says the mill has cleared up some inventory since my visit in May.

Clearing the backlog of logs, though, will require the mill to attract more personnel. Dottori says housing is White River’s biggest challenge.

“Who is going to lend you money to build a house?” he asks. “What if the mill shuts down? And try to get a contractor. Plus, kids have to go to Wawa for high school.”

Bazzoni, who owns the Robins donut shop, the Esso service station, and the Continental Motel, believes the future is bright for the mill and the town. “Frank made the mill low-cost,” says Bazzoni, who has decided to step down after 29 years as mayor. “It can sustain a lower lumber price. We are going to see more jobs created and stability in the community.”