It was a record turnout for the BC Saw Filers Association Convention, held in Kamloops, B.C., May 27-28. Filers were ready to talk shop. 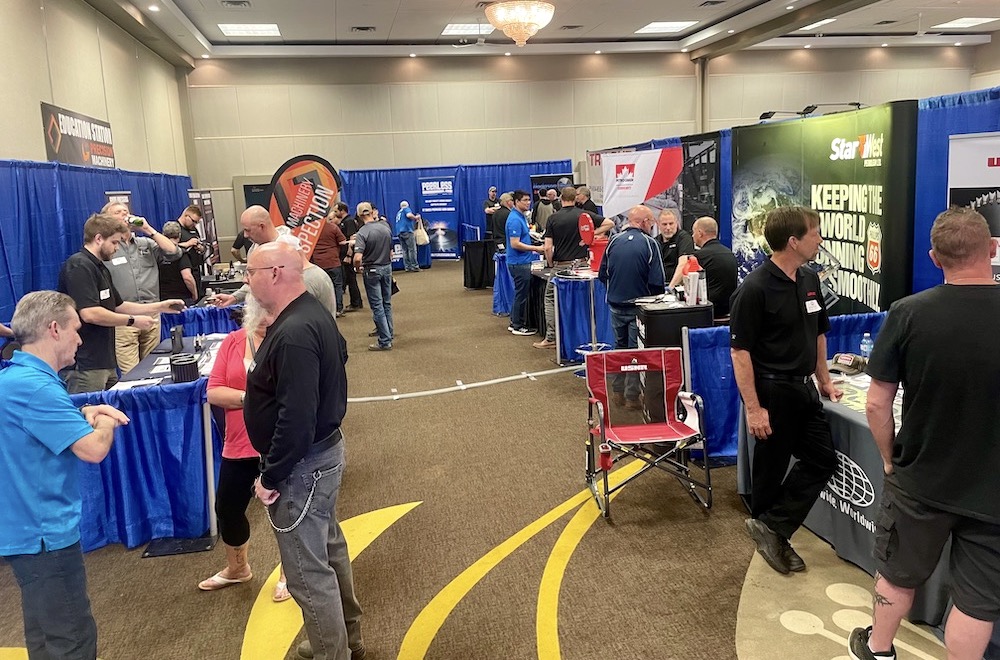 Old friends and new faces mingled for the first time in years at the BC Saw Filers Association convention in Kamloops, B.C., last week. And all of them were discussing ongoing challenges in the trade across the country.

From supply chain disruptions to recruiting new blood to the trade, there was a lot to cover after two years apart.

Read our product highlights from the 2022 trade show here.

No more ‘just in time’

The show kicked off Friday with a conference program opened by Dave Purinton, head of marketing for Wood Fiber Group, which recently merged with USNR. Purinton spoke on supply chain challenges for saws. 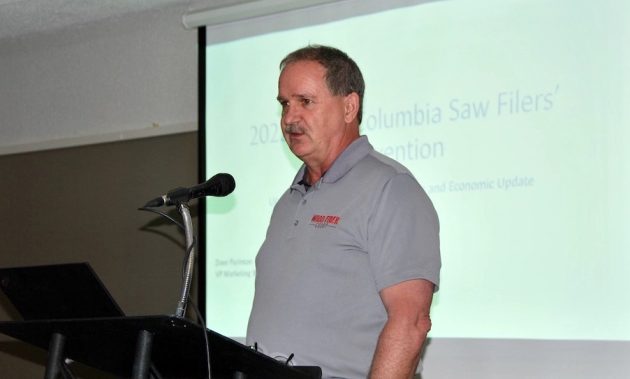 “We all process wood, but we need steel to do it,” he said. And not just any steel. The specialized steel alloys required for saws is difficult to produce and made by only a few steel mills. The pandemic, government policies aimed at the fossil fuel industry, and conflict in Europe have compounded to lower steel supply.

The saw steel demand pales in comparison to other industries such as automotive, making it a lower priority for steel suppliers, Purinton said. The supply crunch reached a peak last September when it was next to impossible to source bandsaw steel. And experts predict further supply chain disruptions in the future.

The good news, Purinton said, is that production is recovering. But the backlog will take months to recover, and inflation is a growing challenge. “It’s still going to cost much more than your company wants to pay,” he said. 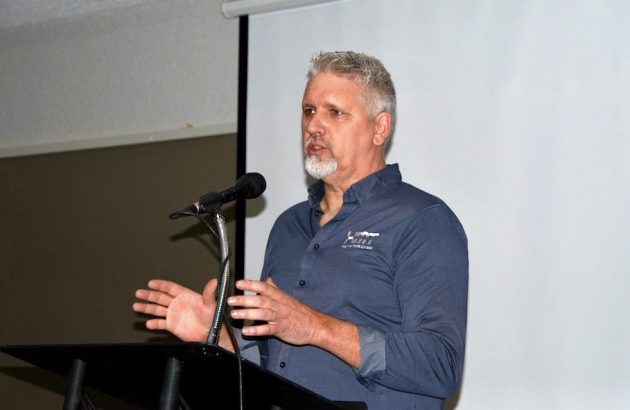 HMT Machine Tools out of Surrey, B.C., has been working on a bandsaw tracking system using vision sensors and president Eric Gabara gave an update on the project for the filers.

The system uses colour sensors to correct bandsaws and prevent them from being pushed off the mill. The expected result, he said, is a reduction in deviation, optimized feed speeds, and fewer saw wreaks.

The system is being trialled at Interfor’s Adams Lake sawmill in the B.C. Interior and expected to begin taking inputs shortly. “The biggest advantage is that it will prevent saws from being pushed off a mill. If we can keep a bandsaw on the bench, it’s going to save the benchmen a lot of work. It’s very promising,” Gabara said.

The software is designed for filers to tune it and optimize it for their own applications. 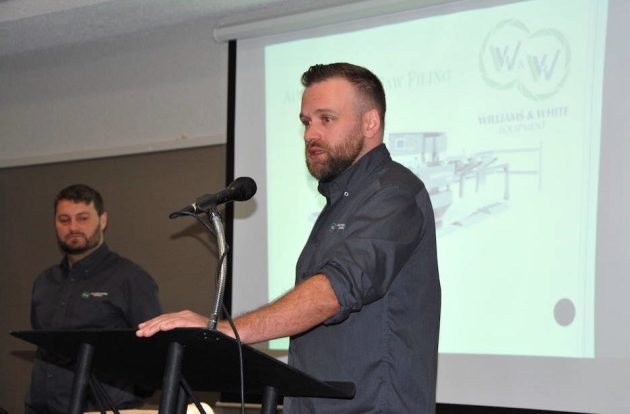 Speaking generally about filing room automation, Riley Kufta with Williams & White said it is quickly becoming a necessity. Automation has a negative reputation for taking jobs, but the reality is those jobs aren’t being filled, he said. “Automation is reactive to the existing filer shortage. You can use your skills in other areas of the filing room.”

Automation in the filing room can be seen in processes – e.g. automated measuring and quality control, process validation, and automated loading and unloading – and machinery, such as auto benches, automatic brazers, robotic grinders and CNC guide dressers.

For all automation, Kufta said, simplicity is important for ease of use, straight forward diagnostics, and low cost for service. He suggested filers consider the availability of parts, ensuring they can arrive with enough time to minimize downtime, and that machine representatives are available for support and service.

The head filer of tomorrow?

Outgoing association president and former head filer Marty Vatkin took to the podium during the conference to pose a question to the crowd of sawfilers and mill management alike: “is management on our side?”

Vatkin shared that he knows many sawfilers who have stepped into leadership positions, but quit after just a couple years. Head filer used to be the most respected job in the sawmill, he said, but now few filers want the gig. Instead the filing room is managed by those outside of the filing room. Filers no longer want to be in charge. 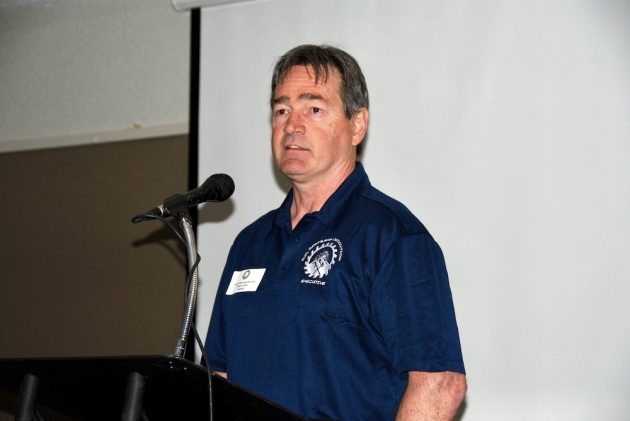 Marty Vatkin is the outgoing president of the BC Saw Filers Association.

Vatkin said the responsibility is both on filers and management to create an environment that gives some decision-making power back to the filing room. “You have to be able to stand up and push for what’s good for the filing room,” he said.

But management must also let filers try things out and make mistakes every now and then, because that’s how they improve, he said.

“This is the greatest trade there is and we need to promote it. That’s our job,” Vatkin said. “The best head filer is the one who has three other guys trying to get his job.”

Speaking of getting his job, the AGM on Saturday saw a new president and vice-president elected. Sean Wright is taking on the president role, replacing Vatkin, and Scott Courtney was named vice-president, replacing Bryan Glaister. Filer Matt Graves will continue on in his role of secretary/treasurer. 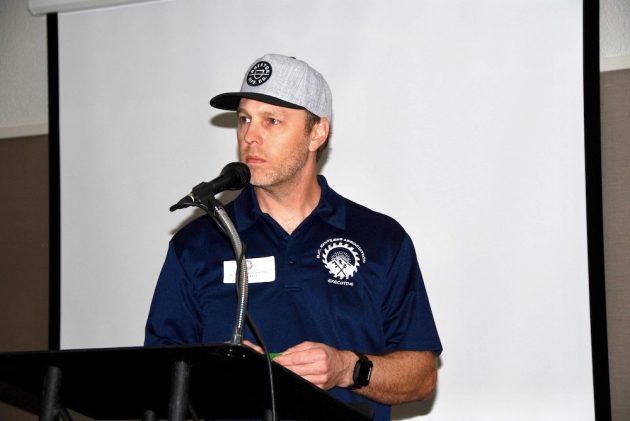 Matt Graves is the secretary/treasurer of the BC Saw Filers Association.

Both Glaister and Vatkin have served the association of many years and said the time has come for new blood.

Vatkin agrees. “It’s time for some younger people to grab the torch and move in a direction that they see it evolving in.”

Jennifer Booth with the Industry Training Authority (ITA) closed out the conference with some good news on the status of sawfiler apprenticeships in B.C. As of March 1, the ITA has registered 196 apprentices, 119 active and 76 inactive who could continue their training at any time. 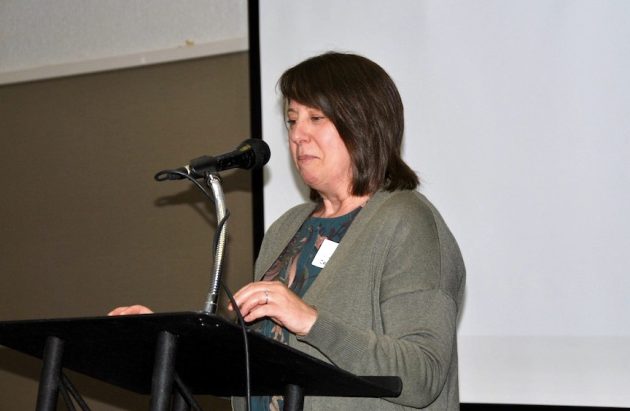 Jennifer Booth is a program development officer with the Industry Training Authority. 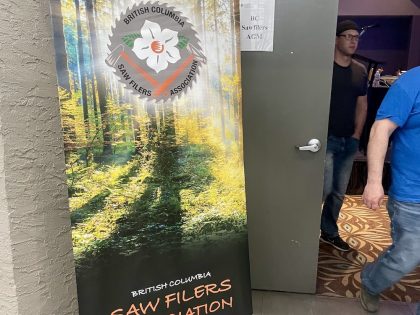 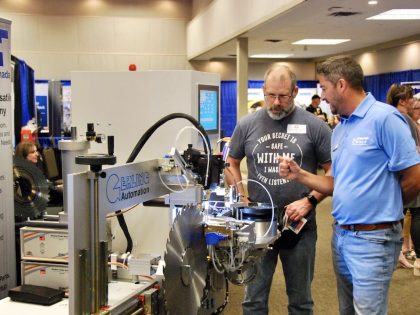 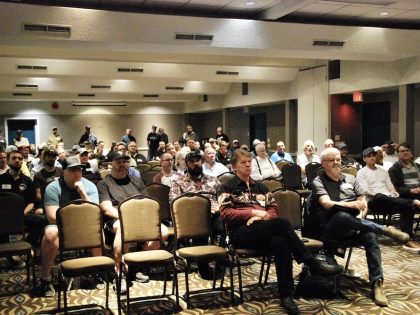 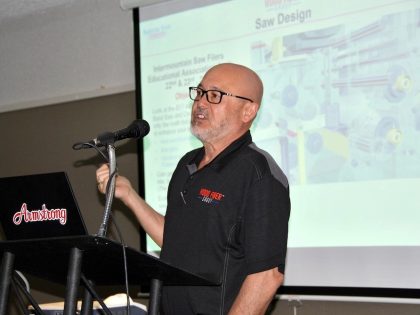 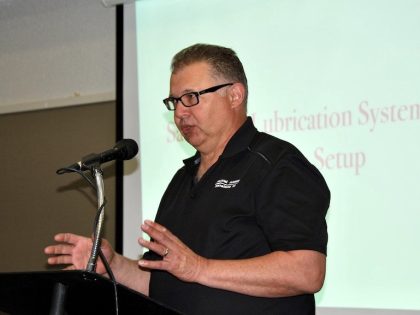 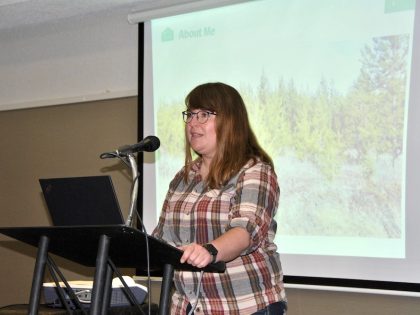 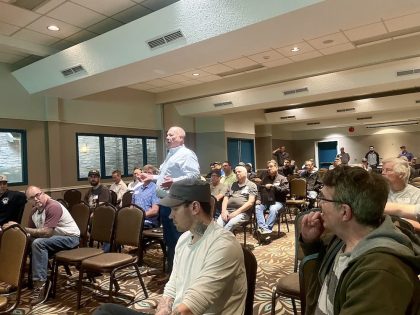 CFI columnist Paul Smith poses a question to the crowd during the conference program. 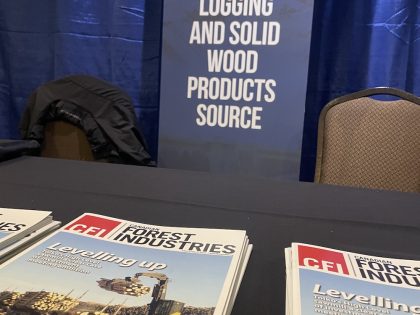 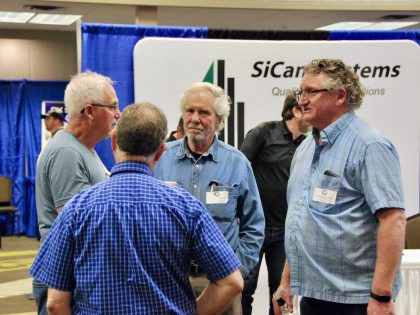 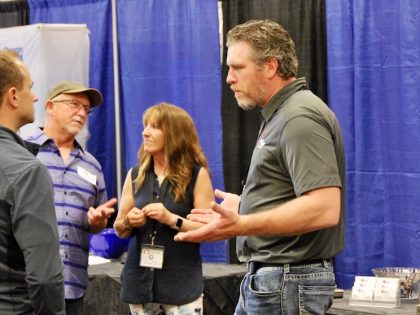