As 2014 came to a close, oil prices were off almost 50 per cent from their summer highs – and that’s good news for the forest industry. Low oil prices are dragging the loonie even lower, making our wood products more affordable and easing the cost of harvesting, production and transportation.

Analysts are optimistic that U.S. housing starts are slowly normalizing, thus, driving a demand for Canadian wood products. But supply will not be able to keep up with demand since production in Western Canada is starting to drop off now that the trees ravaged by the mountain pine beetle are increasingly brittle.

Sawmills in Eastern Canada are revving up to balance out some of the supply issues coming when the mountain pine beetle-killed wood can no longer be sawn into usable lumber, but the deficit of sawlogs in the west is much higher than the production capacity in the east.

U.S. housing market recovery
The economic recession in the U.S. has been steep and shattered the confidence of American consumers, making them less willing to sign a new mortgage. The recovery is in progress but the question remains whether it will gain traction or continue to sputter over 2015. Low oil prices could be good news as consumers will have more money in their pockets for discretionary spending, but if oil prices drop below $40 a barrel for any length of time, it would be bad for the economy, president of International Wood Markets Group Russ Taylor explains. But he doesn’t foresee prolonged low oil prices. He expects them to move a bit higher by mid-year.

Chief economist and senior vice president at the National Association of Home Builders (NAHB) Dave Crowe explains that because the recovery has been irregular, this has made consumers and investors hesitant to invest, stalling the recovery even more.

“As an individual consumer, you’re going to be a little bit more conservative on what you spend your money on. And that in and of itself causes that slowdown because those activities that would have otherwise taken place, haven’t. It’s this continued question of whether the recovery is here to stay,” he says.

Consumer confidence is on the rebound and so are the housing starts. This year, the NAHB is expecting starts to be around 1,159,000, which is lower than the normal levels of 1.6 million but it’s a 15 per cent improvement from current levels.

The recession our southern neighbour is working to recover from left policy scars that will remain for years to come, Crowe explains. The underwriting rules for mortgages have become tighter than they were before the downturn and many first-time homeowners simply can’t qualify for mortgages and have decided to rent.

RISI’s principal economist for timber Peter Barynin has high hopes for the U.S. housing recovery this year. “We’re expecting this demand for housing to increase by roughly 25 per cent per year over the next two years. This is a dramatic recovery,” he acknowledges. He expects single-family housing starts to grow about 24 per cent in 2015. “The decline had a profound effect on U.S. and even international wood markets - the recovery we anticipate is also going to have an equally profound effect as we work out of this cycle.”

Not so fast, says Wood Markets’ Russ Taylor. He doesn’t expect the U.S. single-family housing starts to grow more than eight per cent in 2015. “There’s a structural change going on,” he says. He disagrees with the economists who expect a surge in homebuilding after the prolonged recession. “People are finding ways to find accomodation: moving back home or doubling up or some people have sold their second home and someone is living in it. Those things happen,” he says. “So everyone is confused about the housing market. Our view on the housing market is that it’s going to be a slow recovery for the next couple of years before it starts to pick up.”

Demand to drive the price up
Taylor believes the housing market won’t reach normal levels until 2020 but he doesn’t blame Generation Y’s tendency to share the rent. Taylor places the slow growth on supply chain tension as demand picks up faster than supply after the next couple of years.

“Beginning in 2017, you’re getting into the zone where there’s so much tension on the supply chain that you’re not going to be able to catch up,” he says. “The housing starts are increasing now at 150,000 units a year, which we think is really the maximum it can handle with price volatility going on as well. So that’s why we think price is going to really accellerate by 2017.”

Demand is improving but the supply is on the wane as log supply in the B.C. Interior continues to tighten. Over the next few years, there will inevitably be a shift as eastern provinces pick up some of the slack caused by the deteriorated pine in B.C.

“You will come to the point when the US market is strong, the Asian market is strong and at the same time B.C. sawmills will not have enough logs to produce as much lumber as they historically have,” president of Wood Resource Quarterly Hakan Ekstrom says. “It will be a shift – less lumber being produced in B.C., opportunities to increase slightly in eastern Canada but more increases on the U.S. side. More imports from Europe and Chile, for example.”

Meanwhile, the B.C. Interior was off three per cent and Quebec was up only 2.5 per cent. Atlantic Canada is the other bright spot – it was up 10 per cent last year.

China will have to compete for lumber
Much of B.C.’s beetle-kill lumber is exported to China for use in the construction of forms for pouring concrete. Though much has been said about the slowdown of China’s GDP growth, it is still at a remarkable seven per cent. In 2015, China will still be a major player in the global market for wood products. But as fewer beetle-kill sawlogs are salvageable, the global competition for lumber is heating up.

The global demand for sawlogs is accelerating, so the Chinese will have to pay more to access the lumber they need – particularly if they’re buying from the U.S. or Canada, Ekstrom notes. North American producers always have the option of selling into the U.S. market. If that market improves, and there’s no reason to think it won’t, the Chinese will have to outbid the U.S. market to keep those volumes going to China.

Even as competition for wood products heats up, China is finding more uses for lumber, giving analysts more reason to consider it a strong, stable supporter of sawlog markets around the world. PricewaterhouseCoopers partner in global Forest, Paper and Packaging Kevin Bromley sees additional good news in China as efforts to educate builders in wood frame construction start to pay off. He says interest in wood frame construction, with a huge push for four-story residential, is starting to gain ground – especially in earthquake-prone areas where wooden frames have demonstrated their durability.

And though residential construction is slowing down, Bromley doesn’t think it will have much of an effect on Canadian exporters. “We’re just selling such a small amount, relatively speaking, into that market that the slowdown will have some impact but very little on Canada so I believe that demand will remain where it is.”

Meanwhile, Taylor doesn’t think the slowdown in residential building is here to stay. “There’s a lot of people who want to write off China because the housing market is over heated but I just ignore it,” Taylor says. “The Chinese government runs the economy and they can’t afford a recession or a housing market collapse so they’re going to figure something out.”

Even with a struggling European market and gradual growth in the American economy, Canadian wood products are well positioned to take advantage of lower energy prices, a slumped Canadian dollar and higher demand for wood products. The year 2015 may not stand out in the record books as one of phenomenal growth but it will be another positive step toward the upcoming supercycle. 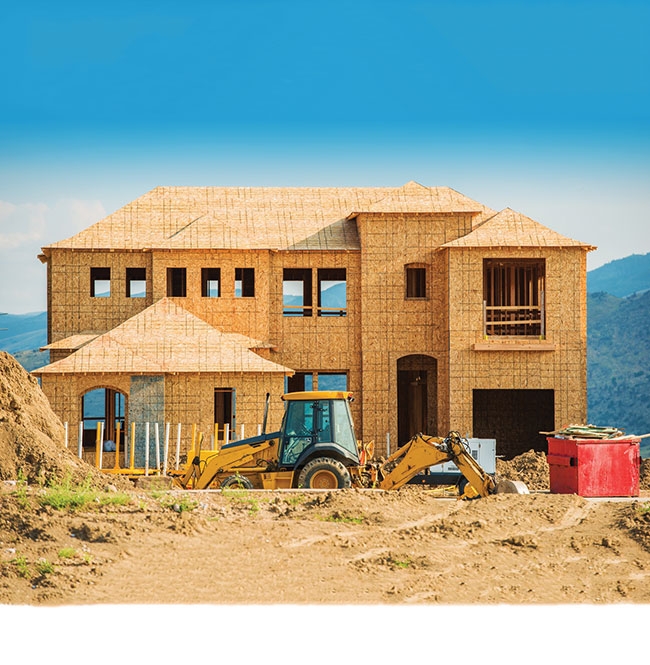 The weak loonie and low oil prices are good news for a forestry sector set to take advantage of the opportunities to come in 2015. As 2014 came to a close
Print this page