What is it, why do we care and how do we fix it? 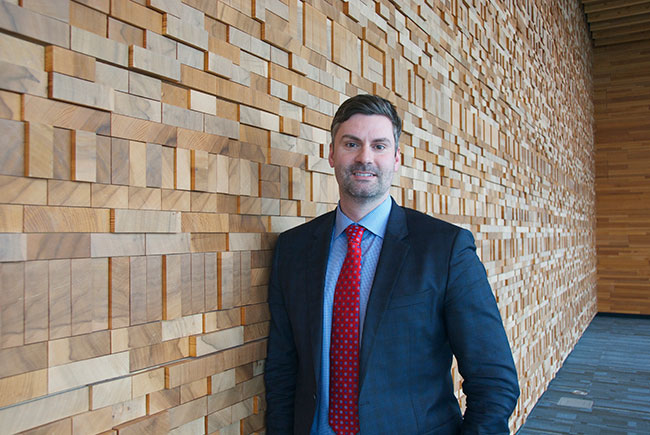 FPAC’s Derek Nighbor has the answers for CFI’s tough questions.

Social license is a term we’re hearing about more of in the forest sector. The term is a bit abstract, and there can be many different reactions to it from industry members – ranging from deep concern to intentional dismissal.

CFI sat down with Forest Products Association of Canada (FPAC) president and CEO Derek Nighbor to talk about what it means on a national scale to have, or lack, social license, why it matters, and what we, as an industry, should be doing about it.

CFI: What does it mean for an industry to have social license?

Nighbor: I think, for me, it boils down to the understanding and acceptance and embracing of what’s happening in our forests to the people who live in and around them. Starting with the context of B.C., I visit different parts of the country and I actually don’t see the same level of cynicism and tension as I’m seeing in British Columbia and I think that’s interesting to point out.

We are seeing record investments in the industry in Saskatchewan, we are seeing significant investment in opportunity in Alberta, and recently Ontario launched the biomass strategy and made a big investment in a new OSB mill in Wawa.

I don’t want to dismiss the importance of the ongoing conversation and the difficult conversations and the debates, but I also do think it is important to distinguish that some of the challenges we’re seeing in British Columbia are very different from what we’re seeing eastward throughout the rest of the country.

Nighbor: We are surrounded by a lot of the bad stories and debate and discussion in our sector is a cornerstone of what our business is about. I say to my friends who live in more urban centres, it’s no different than a residential rezoning. There are going to be a lot of different opinions about what’s happening with that new building – how tall it’s going to be, how many parking spots, what does it do to the sightlines? It boils down to community values and perspectives and ideas on what’s going to work and what’s not going to work.

We just had a poll that was released from our partners at Abacus Data. It shows clearly that Canadians are with the forest sector. If you look at the group who view the sector as very positive to positive, the numbers show 46 per cent of Canadians find themselves in that category. The negative and very negative is at 16 per cent. Another big block is 39 per cent who still don’t have an opinion. For us as a sector, we’re not going to ignore the people who have negative views – I think those conversations remain important – but there is going to be an element of that group that is immovable. We deal with some of these groups every day who have no interest in balanced, thoughtful solutions for economic, social, environmental outcomes. They just don’t want forestry, full stop.

But we do have a significant number of Canadians who are movable and who are open and who want to learn more and I think that’s the big opportunity before our sector.

CFI: Let’s talk about that poll. What are some other big takeaways from that data and what conclusions can we draw?

Nighbor: If we look at the poll we did two years ago, we’ve seen that undecided group who are at 39 per cent today were at 58 two years ago – so there has been significant movement there and more of them have broke to us than not. The numbers are pretty consistent across the regions, from one part of the country to the next, with significant movement in favor of the sector, but still a significant gap between the lovers in the haters, if you will.

We also poll based on voting intentions – Liberal, New Democrat, and Conservative – the positive to negative for both liberal and conservative voters were almost the same. Urban, liberal government voters who are less likely to be living in rural and northern parts had very similar feelings towards forestry as their conservative counterparts.

There’s a sense that as we become more urbanized and as more new Canadians come to Canada, they might not have much of an opinion about us or they might be inclined to not like us because they don’t know enough about us, but we found people who immigrated to Canada had a slightly more positive view of the sector than Canadians who were born here. We haven’t drilled down to see the why there, but that was another piece that is kind of interesting.

CFI: What do you see as the marching orders for the industry after seeing this data? What needs to be done to move the needle in the right direction.

Nighbor: We have to keep talking with our people in communities like Prince George and Whitecourt, Thunder Bay and Lac-Saint-Jean who know us well, but we also have to start talking to the suburban families, the millennials living in downtown Toronto and Vancouver, about our industry. That’s been a big part of the focus of our outreach – getting to those people who are not part of our more traditional audience.

The other thing is finding those opportunities to continue to align with Canadian values. Canadians proved in the last federal election they continue to want action on climate change, they continue to want to see more support for Indigenous peoples, they want to keep communities safe from worsening fires and pests. The more we can talk about conservation values and how forestry can be a solution there, the better.

CFI: What do you think is at stake if the industry loses or continues to lose social license? What would that look like?

Nighbor: Well, I think it’s a challenge to have the investment confidence. I think it’s a cloud over the industry. I’m in my third and final year of chairing the International Council of Forest and Paper Associations, and it’s an absolute privilege to be around the table with my counterparts in places like Brazil and South Africa, Japan, Sweden, and Finland. We can see what’s happening in other parts of the world and it’s amazing talking to them how much they revere and look up to Canadian forestry. Our brand on the global stage is still very strong.

The majority of those global counterparts are dealing with plantation forestry and a lot of private land forestry, and in Canada we have working forests with multiple values and sometimes competing values. I really do feel a global trend in that plantation direction, and I think standing up for and preserving the working forest concept we have in Canada is absolutely critical. But I also think that the threats and the attacks on the working forest are a significant threat to the future of us doing forestry in Canada.

Listen, we’re an industry that needs to continue to change. We need to look at different ways of managing for fire and for carbon and the industry is proven that it’s open to those changes.

CFI: Based on the survey data, based on your conversations with Canadians and your work with government, what’s the good news here?

Nighbor: The great news story is how we can drive growth and economic opportunity for families and communities that need it at the same time as taking action for the climate.

We’re one of the few sectors that can actually help other sectors decarbonize. The move to bioplastics, the move to use biomass in cement, the ability to decarbonize asphalt by adding wood fibre – we’ve got all of these full value-chain opportunities in our sector. If you throw the public land base and public engagement and local science on top of that, it’s a lot of work before us in forestry.

But there’s no arguing: wood fibre-based products still present that low-carbon opportunity and, given the bounty of the forest in Canada, it positions us as a world leader and with a massive opportunity to do more.

CFI: What will it take as individuals, companies and sector-wide initiatives to gain social license? What are some steps you’d like to see?

Nighbor: I wish for us as an industry to be proud and tell our story more. Our foresters and biologists and the technicians that I meet when I travel across the country really inspire me, but they are not always the best communicators. They tend to be the type who like to be outdoors, keep their head down and do the work. My wish is that more would stand up and tell their story and be proud, because we’ve got a great story to tell and we need to continue to tell it. And we need to find different ways to tell it and we need to find different audiences to tell it to.

Related
Canadian forest industry a ‘win-win-win’
FPAC urges innovation in the face of uncertainty
Forestry sector federal funding in the works
Safety, sustainability, and self-sufficiency: the year that was in Canadian forestry