A snapshot of the North American softwood lumber market as of June. 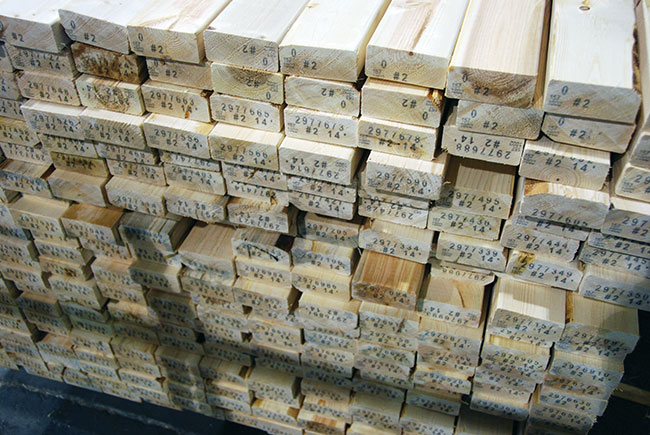 It has been over two years since the huge disruption of a global pandemic hit society in general and business in particular. Looking back, it is difficult to peel out which changes we are now living with were a direct result of the COVID-19 pandemic and which would have happened anyway, if not so suddenly.

Construction framing dimension softwood lumber prices crested higher at the beginning of this year on restricted supply due to ongoing transportation problems and continued strong demand. They then dropped quite a bit, levelling off in mid-June as a modicum of supply-demand balance seemed to have been reached. Over the past two years as the lumber market reacted to big changes in external conditions, there was never-before-seen high price levels and volatility. It looks like the remarkable highs and attendant corrections down might be getting worked out, as these swings are less extreme each time.

There is no question that activity in the U.S. housing market would have increased because the millennial generation is now into homebuying age.

Indeed, the single largest cohort of first-time home buyer right now are millennials. And there are more millennials than baby boomers, so expectations are for 15 years of robust demand for housing simply due to demographics. Not to mention that the U.S. was underbuilt compared to population for ten years following the housing crash of 2006, and economic downturn of 2008. The only bright spot in all this was the incredibly low interest rates, which made taking out a mortgage attractive.

It is important to note that the millennial appetite for housing differs in several important ways from previous generations. Most obviously is the fact that this age group is not as interested in single-family housing, rather they prefer to live in multi-family dwellings. Instead of a detached house, millennials are choosing to purchase condos and townhomes in communities where they can walk their kids to school, go for coffee, do grocery shopping or go to the park.

The data shows that single-family housing is the largest segment of new home building, by far, and is also the type of construction which uses the most wood. As the next decade or two unfolds, it will become clear what – if any – impact this shift in desire will have on the construction business we have known over the past several generations. For now, here is a deep look into what the current home building trends are and what that means for the manufactured forest products industry.

As both the housing construction and lumber manufacturing industries continue to adjust to the new reality, folks have often been asking, “when will prices return to normal?” The answer is: they won’t. We will never see $250 2x4s again. The primary reason for this is that during those previous ten years, from 2006 to 2017 – while the U.S. was not building enough new homes based on population – demand for lumber was consequently depressed which kept prices low.

The great run-up of lumber prices since mid-2020 happened so quickly and was so severe that some people remarked there must be trickery at play on the part of sawmills. If those price increases had happened incrementally over the previous decade, let’s say up 10 or 15 per cent per year, no one would have thought it unusual.

However, because those price rises were so sharp so suddenly, some people immediately thought it was not legitimate and that levels must come back down.

The other main reason there will not be $250 2x4s again is because the cost structure for lumber producers has changed completely. Not just the inflation, which is happening right now, but more fundamental – structural – changes to the forest industry and sawmilling which have increased operating costs significantly.

The importance of U.S. housing starts – especially single-family starts – to sawmills cannot be overstated: fully 65 per cent of Canadian softwood lumber sales go to the U.S., largely for new home building, 10 per cent is sold within Canada, and six per cent goes to Japan. 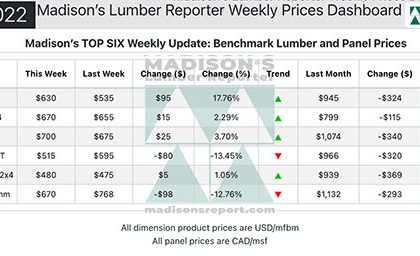 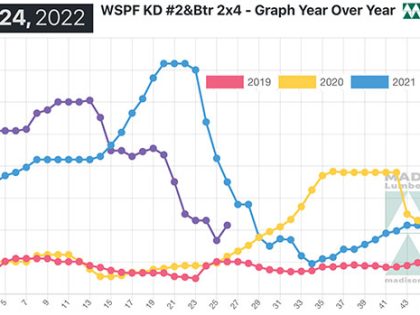 Japan lumber purchases are entirely #1/appearance grade, or premium wood, not the standard grade, or #2&Btr, used in North America.

Over the past few years, a close correlation has emerged between those benchmark dimension lumber 2×4 prices and U.S. housing starts (both total and single-family).

So where are we currently in mid-2022? It’s hard to say but some important market conditions, for the supply-demand balance, can be known:

U.S. home building and permits activity for the first five months of this year are up compared to January to May of 2021;

the number of U.S. houses approved for construction that are yet to be started remains at all-time highs. For May it was 283,000 total units, as well as a backlog of 152,000 single-family units. These will eventually become starts and will help to underpin residential construction;

also record-breaking since this data set started in 1973, there are 1.665 million units currently under construction, 822,000 of them single-family homes;

one important development at the end of last year and carrying forward into this year, is the increased ratio of investors buying homes and property. 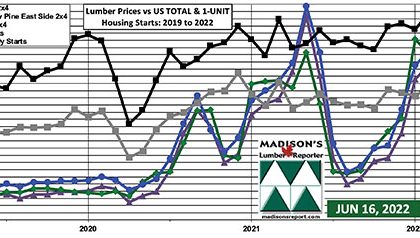 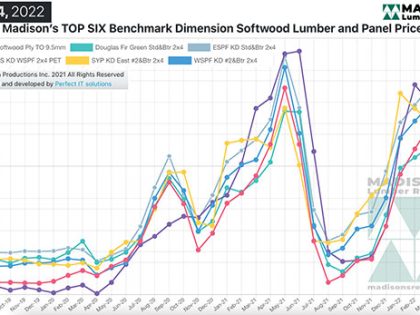 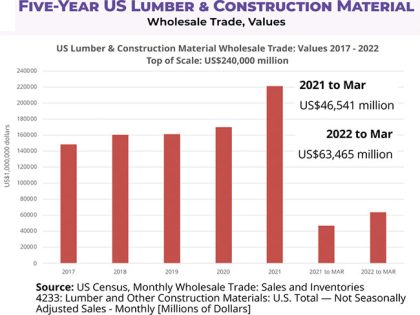 As for the lumber market and current prices, the significant price cuts of mid-June were successful in spurring renewed demand for softwood lumber materials. Indeed, so successful that prices bounced almost back up to the levels of the week prior. While sales volumes still were not optimal, looming seasonal curtailments motivated somewhat reluctant customers to pull the trigger and buy. That sales boost was enough to prompt producers to raise their prices.

The dual Canada Day/U.S. Indpendence Day long weekend normally signals a true slow-down of softwood lumber sales, with annual price lows approaching. It is not known yet whether this year will see the usual seasonal price cycle; a lot depends on macroeconomic conditions like housing starts, and on weather emergencies like storms, floods, or fires.

Given the powerful increase in home buying and house construction activity since Q2 2020, there have been numerous announcements of sawmill sales and re-openings. As industry folks know, it takes about 18 months to restart a sawmill, so the first of those facilities are starting to come online now. The later announcements, even at the beginning of this year, will further prompt a growth in lumber production over the next couple of years as other shuttered and mothballed operations get the manufacturing process going.

There is a notable change for these facilities coming online, compared to the new and upgraded sawmills of the early 2000s. Rather than being focused on manufacturing high volumes of basic dimension lumber, these upcoming operations will be producing a variety of specialized items; from studs to engineered wood to higher-value remanufactured products like CLT, glulam, LVL, LSL and the like.

The correlation between a strong real estate market, increasing home construction, rebuilding and repairs following weather emergencies, as well as DIY and home remodelling activity, and robust lumber sales has become very apparent. Now that the extreme volatility of the past two years – call it growing pains – is behind us, the new state of the manufactured forest products industry will be more understandable. And with that, the current and near-term future trend of lumber pricing.