In the first week of February, sawmills were taking orders that would not even go on the production line until the beginning of March. This provides good indication that prices are not going to go down anytime soon.

Confusion continued in many quarters as both suppliers and consumers of North America construction framing dimension softwood lumber and panel products were not sure where the market will go this year. As January closed, it started to become more clear that there still was not enough wood in the supply chain to serve ongoing very strong housing activity. As more data came out from the U.S. especially, players were beginning to see a better picture of what U.S. home building and sales would look like in 2021. From all indications, the momentum of increasing demand last year was going to continue likely through this year. 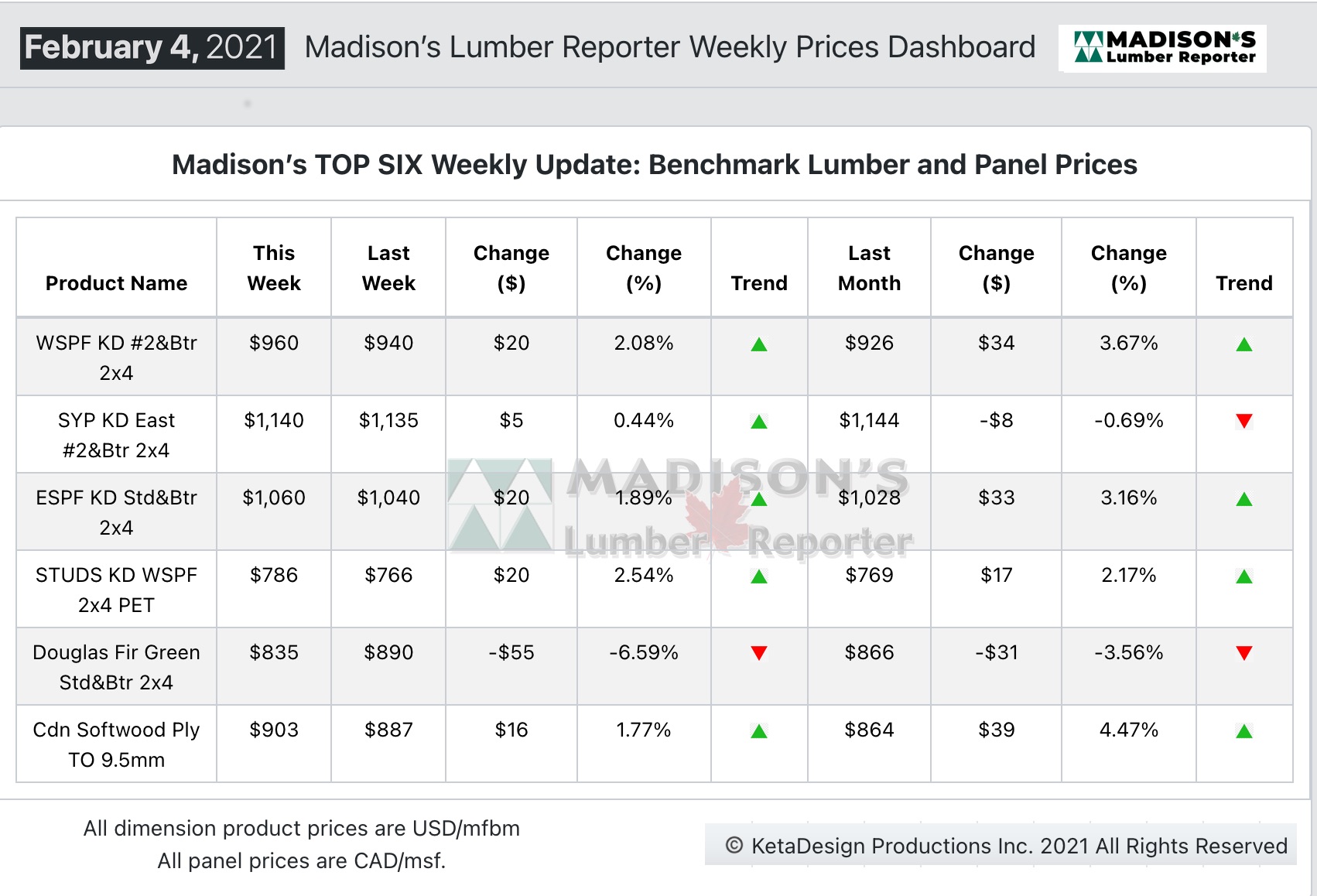 “A strong undercurrent of inquiry and sales persisted even as demand paused for customers to digest previous orders.” — Madison’s Lumber Reporter

Prices of Canadian Western S-P-F commodities continued their upward trend as producers boosted their asking prices. Buyers took a bit of a pause so sawmills shifted their focus to rail cars, supply of which was steadily worsening. 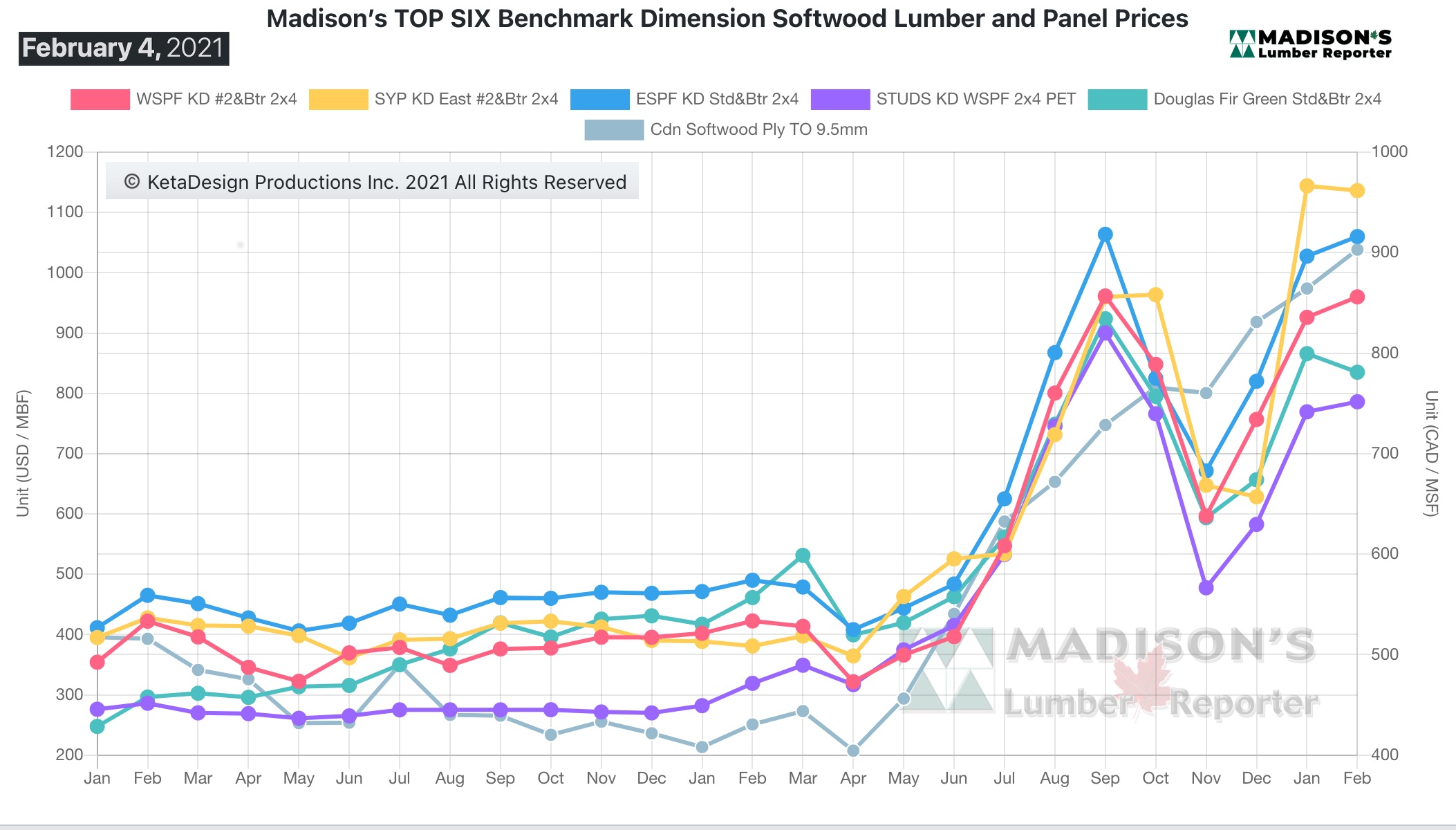 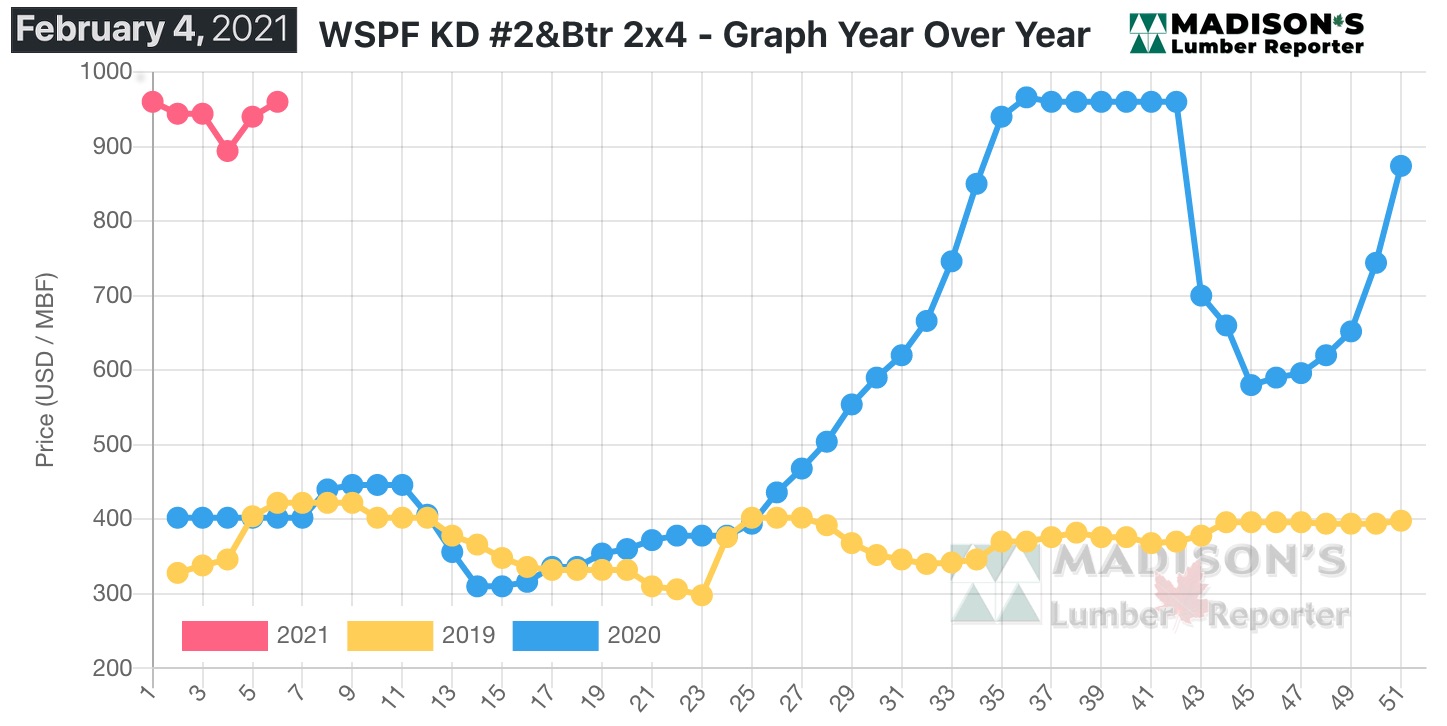