Shock and disbelief resonated throughout the North American forest products industry as solid wood construction framing building material prices surpassed expectations and just kept going up. It is a frustrating situation for sawmills as supply remains well below extremely hot, indeed unabated, demand. If anything, it looks like the home building and renovating season this year will be busier even than last year. While there are builders and contractors who are cancelling and delaying jobs, this reversal is doing nothing to slow housing activity. The March housing starts data comes out at the end of this week and all expectations are that this will be up from the previous month and previous year.

By all accounts sawmill order files are now well into May, while panel (plywood and OSB) mills are currently quoting into August. This is beyond unprecedented. Lumber market players don’t know how to react as an impossible situation gets more impossible with every passing day.

“Prices and demand showed a distinct upward trajectory as players settled back in after the Easter holiday weekend.” — Madison’s Lumber Reporter

According to sellers, sales of Western S-P-F in the United States ramped up for the week ending April 9. Prices advanced again amid persistently scarce supply, with buyers at all levels desperate to secure any stick of wood they could get their hands on. Particularly challenging to source was low-grade, as were studs. Positive movement in lumber futures that week also generated a spate of activity from even the most circumspect of buyers, who realized the appearance of a flattening market over the past two weeks may have been a mirage.

Western S-P-F producers in Canada boosted their prices with such frequency that week that Madison’s was contacted multiple times by sources with the latest, up-to-the-minute numbers. If post-Easter activity is the lumber market litmus test so many players claim, all indications are that the undersupplied, underbought, and exorbitantly-priced trajectory is here to stay – through the spring building season at least. Not only did #2&Btr 2×4 R/L soar another +$70 to US$1,130 mfbm while #3/Utility 2×4 reached $1,000, sawmills were apparently sold out at those mind-blowing prices almost immediately. Reported order files were pushing into the second week of May. 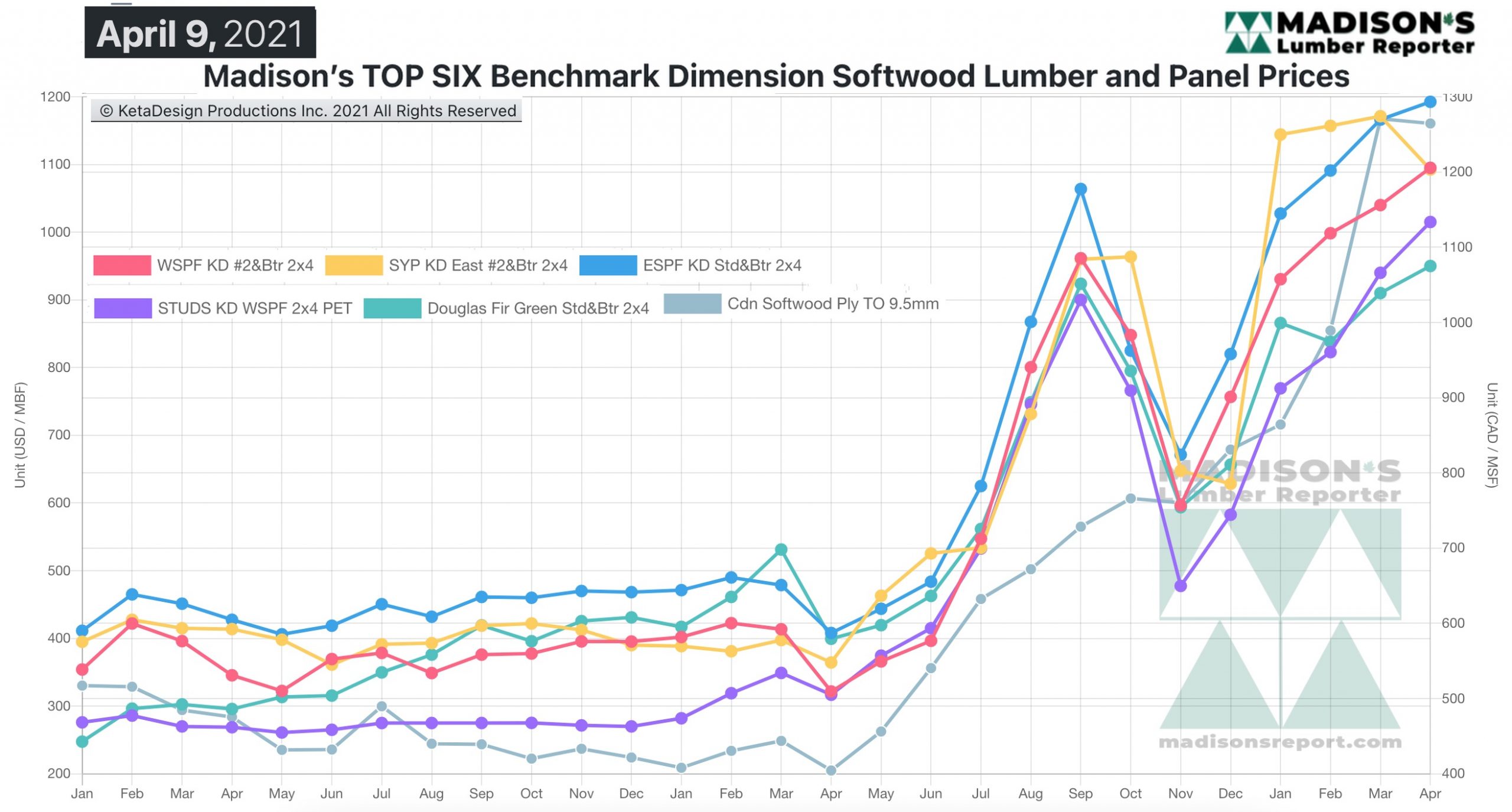 “Traders of kiln-dried Doug-fir commodities couldn’t quite believe their eyes as the market they thought they saw topping out in recent weeks took another lunge forward. Prices were up between $35 to $55 on everything from #2&Btr to low grade to studs. Sawmills pushed their already-burgeoning order files into the last week of April at least, with some as far out as mid-May. Supply was crazy tight no matter the source.” — Madison’s Lumber Reporter 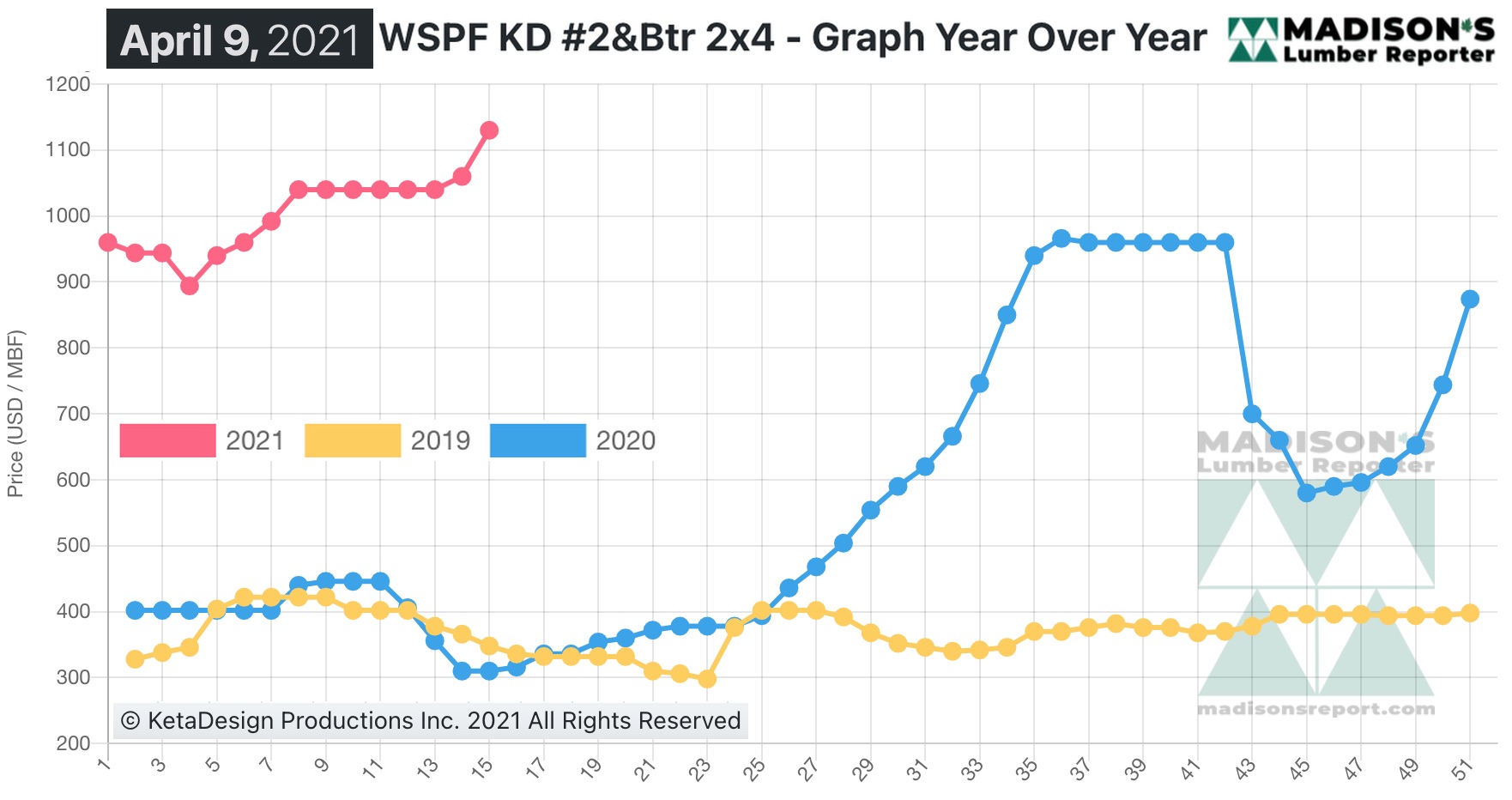