As the end of September approached, the demand and sales of construction framing dimension softwood lumber commodities improved significantly, enough for prices to rise somewhat. This is an unusual time of year, after Labour Day, for solid wood building material prices to be rising. However, the current trend does echo the price movement of last year. 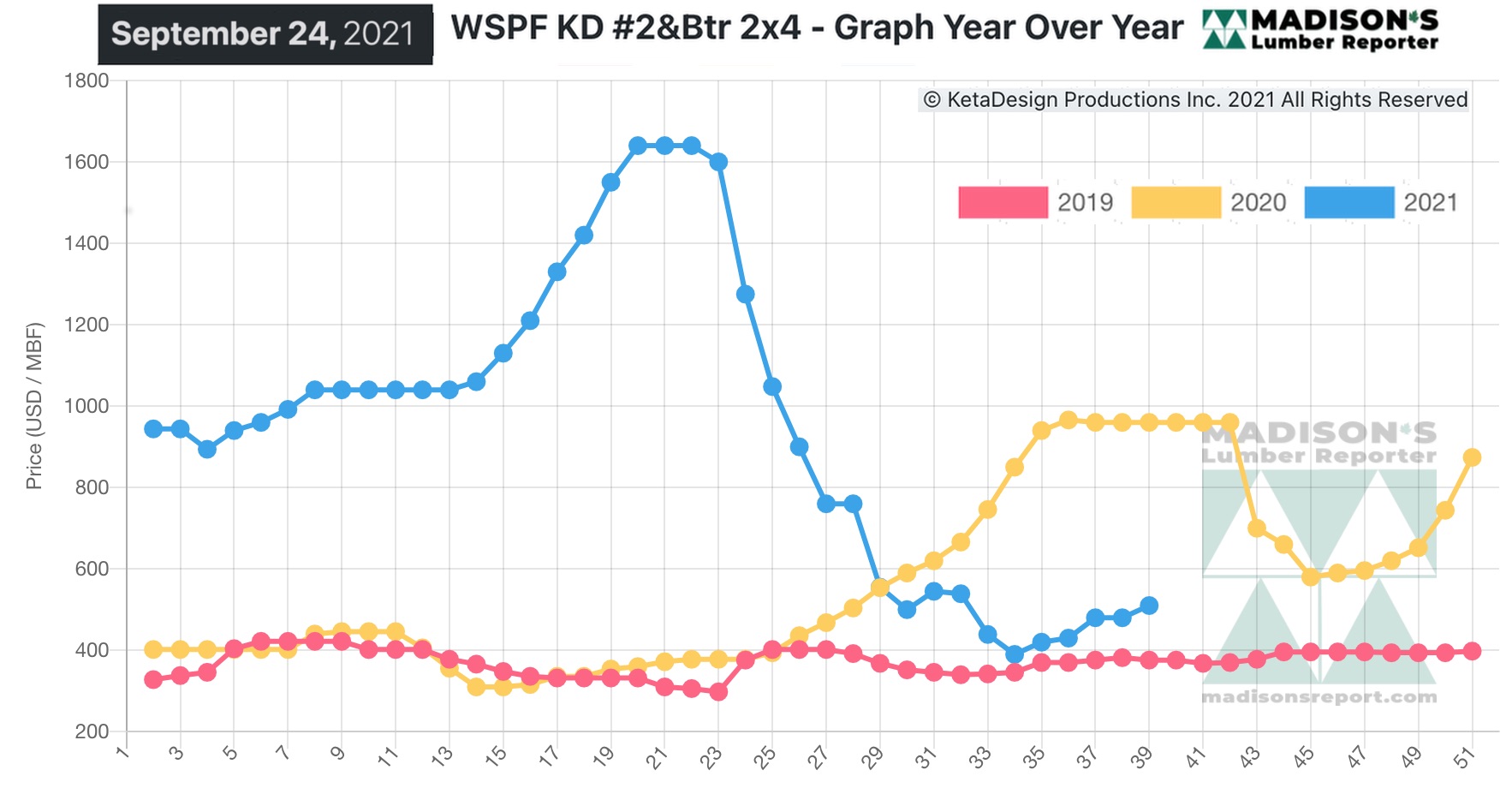 Overall supply of Western S-P-F dimension lumber decreased noticeably with each passing day thanks to consistent takeaway and the curtailed production schedules of many B.C. producers.

Solid demand for Western S-P-F lumber and studs in the U.S. persisted this week. Sellers reported consistent inquiry and takeaway from key construction markets across the country. Sawmills were booked between two- to three-weeks out, with shipping delays scuttling any notion of prompt wood and adding up to a fortnight to established order files.

Both primary and secondary Western Spruce-Pine-Fir suppliers reported robust demand this week. Sawmill order files were two- to three-weeks out as any available prompt wood was gobbled up by ravenous customers. 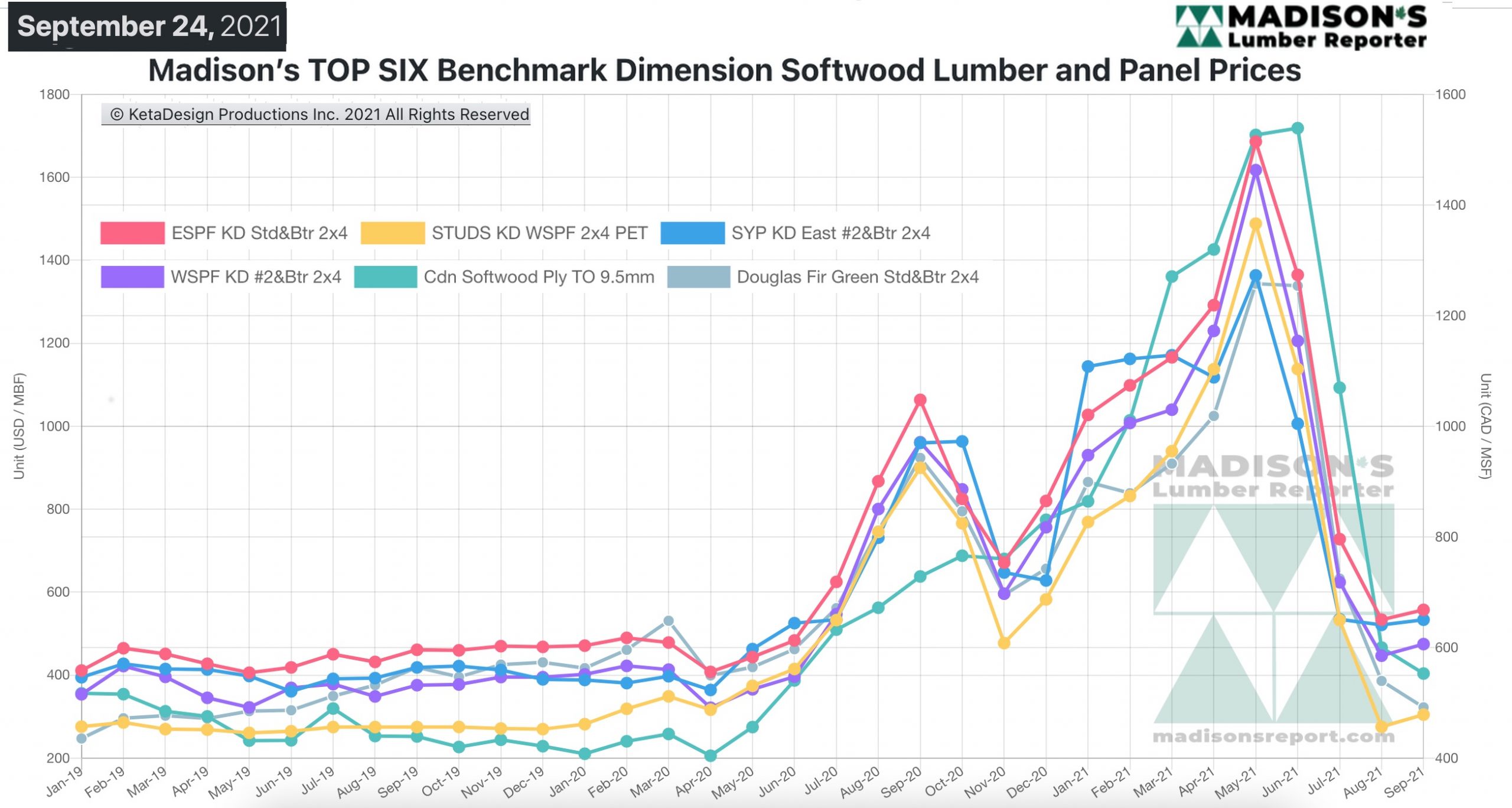