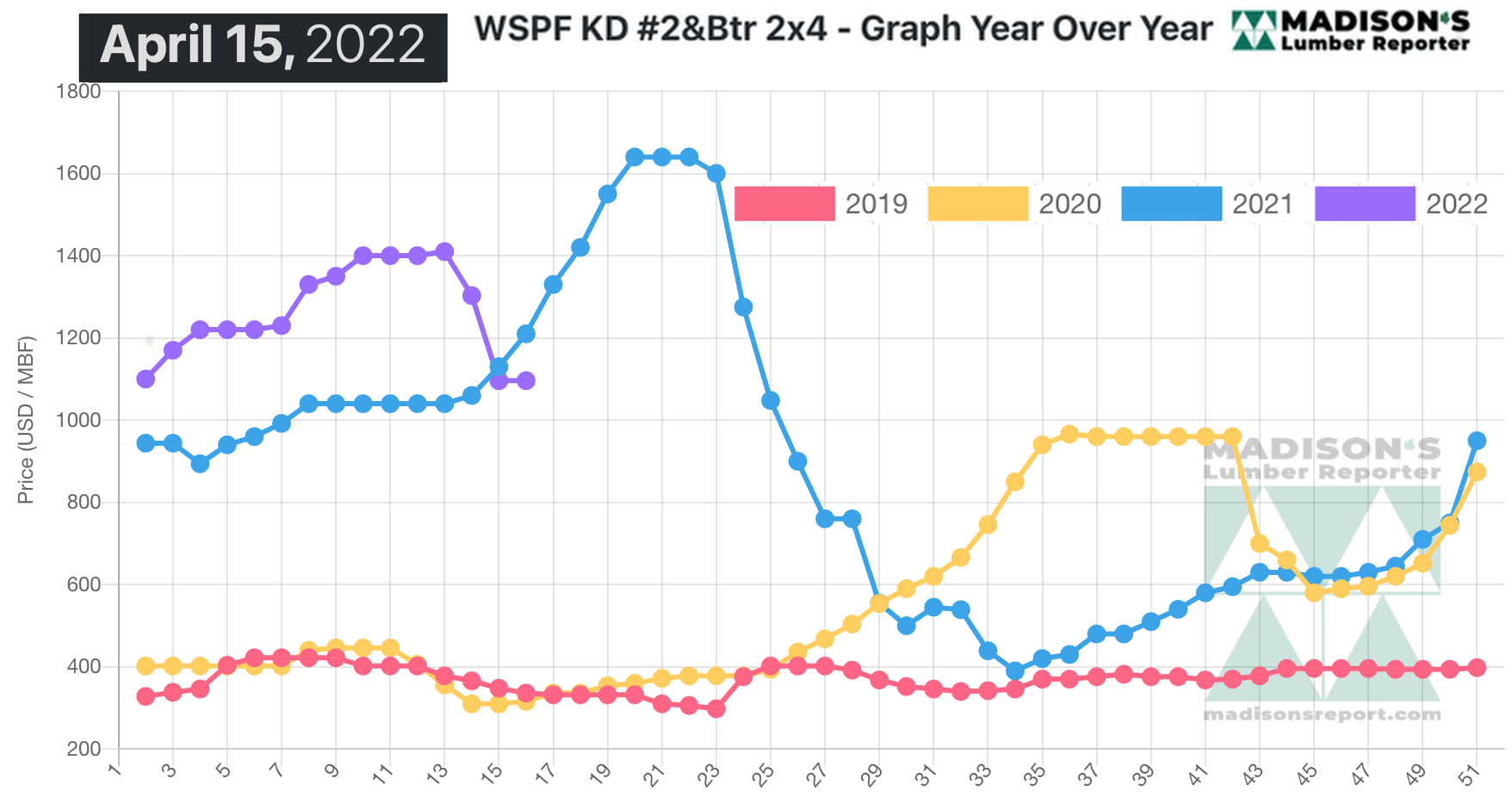 It was this week last year that construction framing dimension softwood lumber prices began their climb to the previously never seen, unbelievable historical highs. These remained for barely a few weeks before dropping, over a 6-month period, back way down to 2019 levels. This year that seeming peak might have been passed, and the drop much less drastic. If this current price correction hold, there will be a much-welcome stability both for producers and consumers of manufactured wood products. There have been so many unknowns to work through over the past couple of years, at this point the hope is that nothing new drastic happens to throw the forest industry into another turmoil. Madison’s view is that this stability is possible, barring dramatic events like wildfires or job action.

Moderating downward in recent weeks, for the week ending April 15, 2022 the price of benchmark softwood lumber item Western Spruce-Pine-Fir 2×4 #2&Btr KD (RL) flattened out at US$1,096 mfbm, same as the previous week, said weekly forest products industry price guide newsletter Madison’s Lumber Reporter. That week’s price is down by -$287, or -21% from one month ago when it was $1,383. 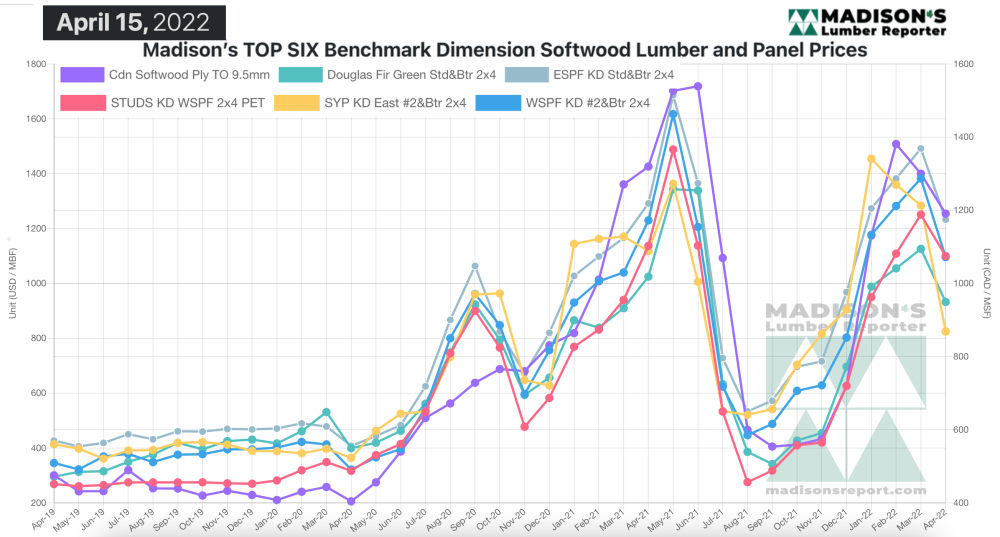 Western S-P-F producers in the United States reported slow demand as they desperately tried to hold their asking prices flat, after triple digit corrections the previous week. Suppliers were aggressive with pricing and buyers threw out heavy counter offers to see what stuck.

Turbulence and uncertainty ruled the Canadian Western S-P-F market again. While sawmills reported mostly flat numbers backroom deals continued to get done way below established print levels, as producers searched for business and cautious buyers found success with many of their deep counter offers. For their part, active secondary suppliers whittled down their inventories, giving customers ample options as they sought their preferred numbers. Sawmill order files were anywhere from prompt to four weeks out.

“Southern Yellow Pine purveyors described a mixed bag of a market. Buyers were more active than the previous week, as on-the-ground inventories at jobsites dwindled thanks to better weather in most regions. Sawmill order files were around three weeks out.” – Madison’s Lumber Reporter