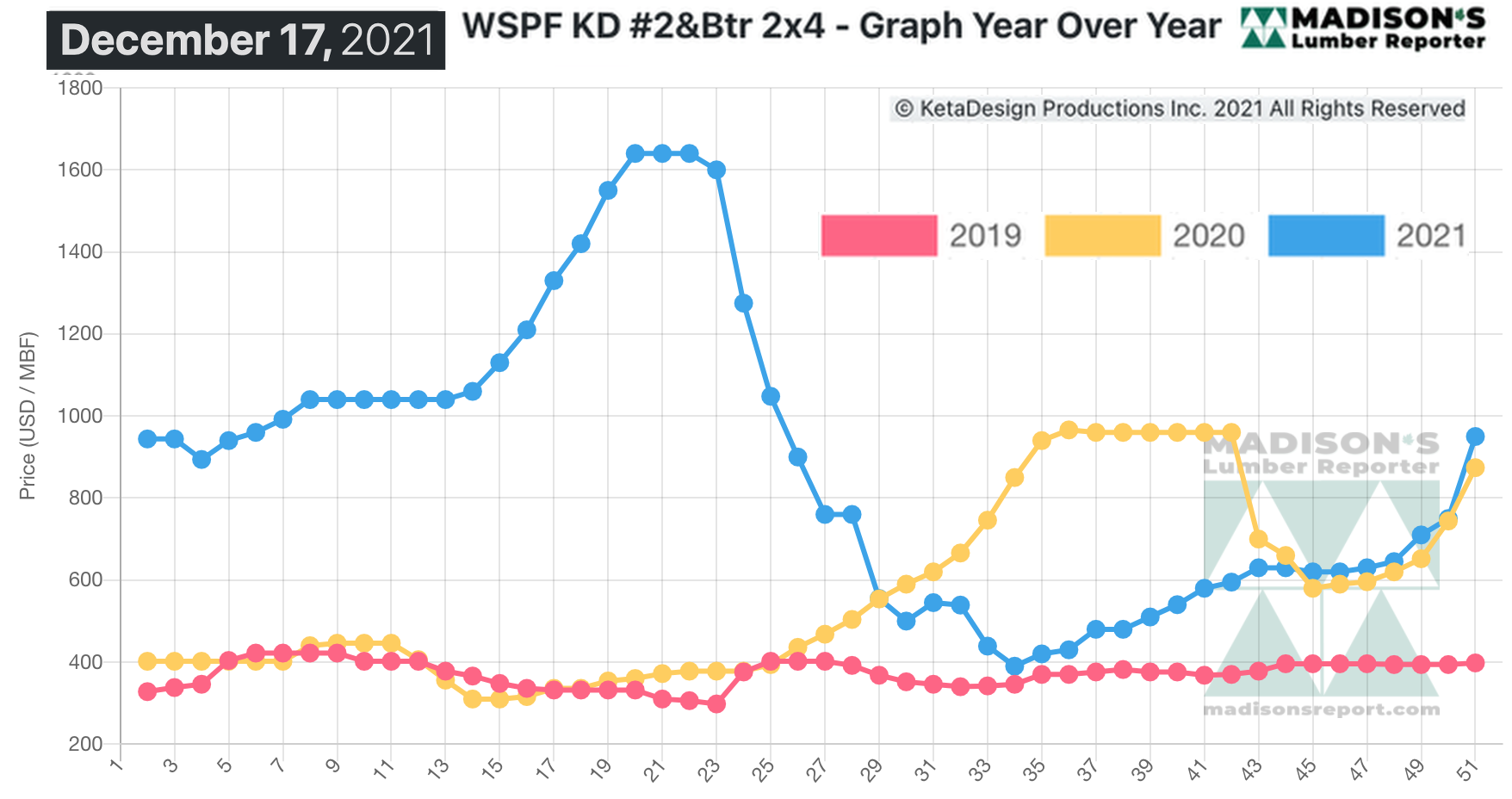 A huge disruption to transportation for most of November from the critical lumber producing basket of the British Columbia interior, euphemistically referred to as “sawmill country”, caused a supply crunch for wood products which the market is currently still working out. Of all construction framing lumber in the U.S. at any time, approximately 14% comes from B.C., so such a big drop so suddenly is having a great impact on lumber prices.

Meanwhile, U.S. home construction activity is very strong for this time of year. Total housing starts in the US for November 2021 soared by almost +12% from October, to a seasonally adjusted annual rate of 1.679 million units. This is an +8.3% improvement from the same month one year ago, when it was 1.551 million.

Since players had not been stocking lumber inventory in hopes that prices would go down, they were caught short toward the end of they year so needed to buy at volumes when normally construction activity is very low. For the week ending December 317 2021 the price of benchmark lumber item Western S-P-F 2×4 #2&Btr KD (RL) skyrocketed, up by a mind-boggling +$200 or +27% to US$950 mfbm, from $750 the previous week, said lumber industry price guide newsletter Madison’s Lumber Reporter. That week’s price is up by +$321, or +51%, from one month ago when it was $629.

Prices jumped significantly again and those who didn’t have inventory coverage were running out of time as most sawmills planned to start their two-week holiday shutdowns sooner rather than later. 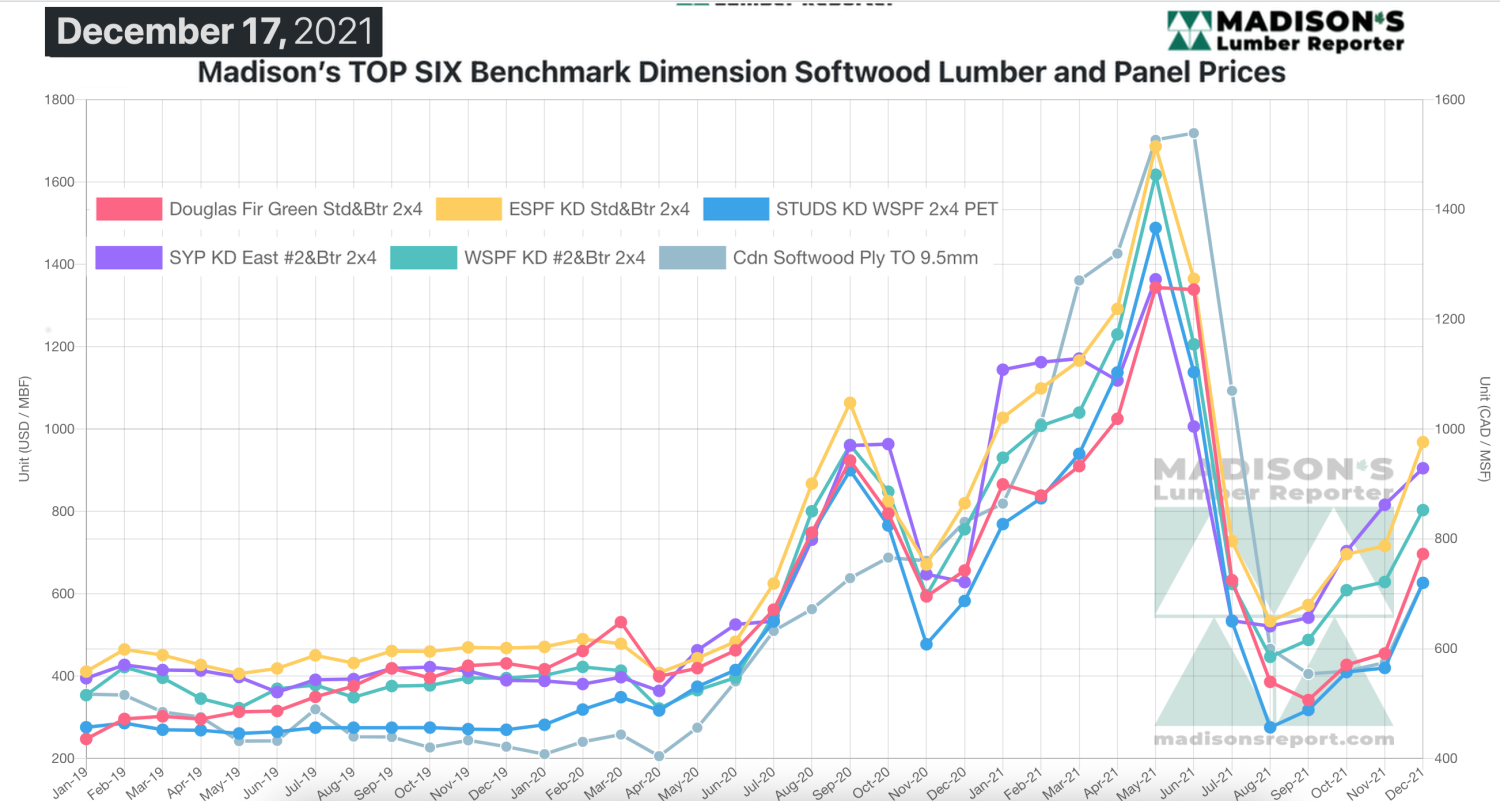 Western S-P-F buyers in the United States were either sitting back after covering their early- to mid-January needs, or desperately scrambling to do so. January 17th order files were widely reported by both lumber and studs manufacturers. Production volumes remained low and the only perceivable pressure on prices was further upward.

Canadian purveyors of Western S-P-F lumber garnered consistent demand, with order files stretching into the back half of January on many items. Suppliers weren’t surprised to see inquiry wane as Friday approached, since many buyers had covered their immediate needs over the past fortnight and decided to shift into holiday-mode for the balance of the year.

“Demand ebbed in the Eastern S-P-F market as the week wore on and buyers got quieter, mainly due to replacement costs marching inexorably upward. Sawmill availability remained tight and field inventories were still lean despite steady sales volumes through the first half of December.” — Madison’s Lumber Reporter