February 17, 2016 - Following the announcement of funding for 12 new biomass projects across the province, one Manitoba business is excited by the prospect of future growth.

South-East Pallet and Wood Products, a sawmill and pallet company based out of Blumenort, a small town 45 minutes southeast of Winnipeg, was one of the 12 applicants chosen to receive funding from the initiative – a collaborative effort between the federal government and the province’s Manitoba Biomass Energy Support Program (MBESP).

Jac Siemens, the general manager at South-East, believes the grant will be a valuable step forward for his company, which only recently entered the biomass market after reimagining its production process.

“Five years ago we split a logging sawmill operation into a logging company and a pallet company,” Siemens explained, tracing the decisions that led to their entry into biomass supply in March 2015. “Eventually, though, we had to change how we did business. With our sawmill operation, we ran small single-blade mills out in the bush, and I couldn’t find people to operate them anymore. So what we did was build a sawmill on site in Blumenort.”

South-East’s move toward a more consolidated process led the company down a new path when, faced with an accumulation of byproduct at their new site, it decided to invest in the machinery necessary to make its residuals more valuable.

“Instead of the sawdust and the wood slabs and the off-cuts remaining in the bush where we would either sell them off — or burn them off in the winter — we now have all that waste in the yard,” said Siemens. “In order to deal with it, we bought a Rotochopper grinder to make biomass for the winter season and landscape mulch for the summer season.”

Already one of the largest pallet manufacturers in the province, this transition into a new and growing business market proved more challenging than the company had originally conceived. It soon became clear that no matter how much planning went into their efforts, there would be unexpected bumps in the road.

“We did our approximations of how much waste there would be, and built a bunker that was 110 feet wide by 200 feet long. We placed our Rotochopper on top of that, and we built bunkers to house the materials,” Siemens explained.

Despite these efforts, Siemens conceded that South-East built the bunker too small.

Enter the federal and provincial governments, which will provide up to $500 000 to the 12 chosen projects to help promote environmentally friendly alternatives to coal.

The funding for the South-East project will go towards expanding the size of their biomass bunker, as well as the construction of an overhead roof, which will help protect the materials from weather conditions. Taken together, these improvements should help the company double its annual biomass producing capacity.

“There are renewable energy resources readily available for use as biomass energy sources,” said Ron Kostyshyn, Manitoba’s Minister of Agriculture, Food and Rural Development. “By increasing our capacity to make and use green energy we are reducing carbon emissions in Manitoba while promoting the growth of new industry.”

The generosity and support of the federal and provincial governments is not lost on Siemens, who has a new appreciation for the difficulty of entering the biomass industry.

“As we’re new to the market, we’re finding that there’s a lot of opportunity, but also a lot of cost to get into the market,” he said. “You have to buy the equipment, and you have to set the process right.”

Despite the challenges, Siemens sees a lot of value and a great deal of potential in the ongoing growth of biomass.

“There’s certainly a market, especially with the number of businesses in Manitoba that have to get away from coal,” he said. “A lot of them are moving into biomass. If natural gas isn’t an option for them, they’re moving to biomass over electricity. So we do know that there will be an increase in need for more biomass coming up.”

For their part, the federal government is quick to recognize both the environmental and economic benefits this type of sponsorship has the potential to affect.

“Making investments that promote the use and development of clean and sustainable technology and processes is a priority for the Government of Canada,” said Lawrence MacAulay, Minister of Agriculture and Agri-Food. “Promoting the use of renewable biomass fuels also generates new economic opportunities for processors and producers.”

Other projects that will receive funding include the conversion of two coal-burning energy systems into biomass, and the improvement of an on-site storage facility for finished biomass fuels at Spruce Products Ltd. in Swan River. 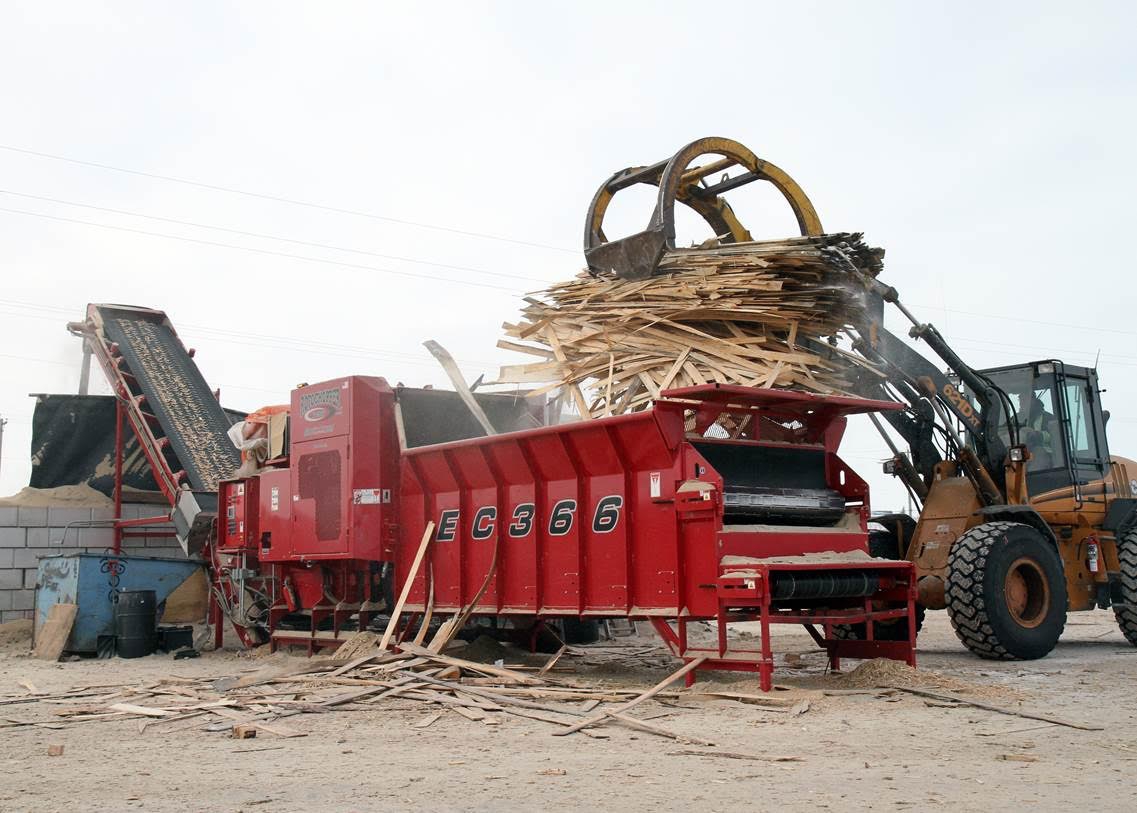