April 12, 2016 - A recent outbreak of the spruce beetle population in Northern B.C. is presenting new challenges—and headaches—for stakeholders in the region. 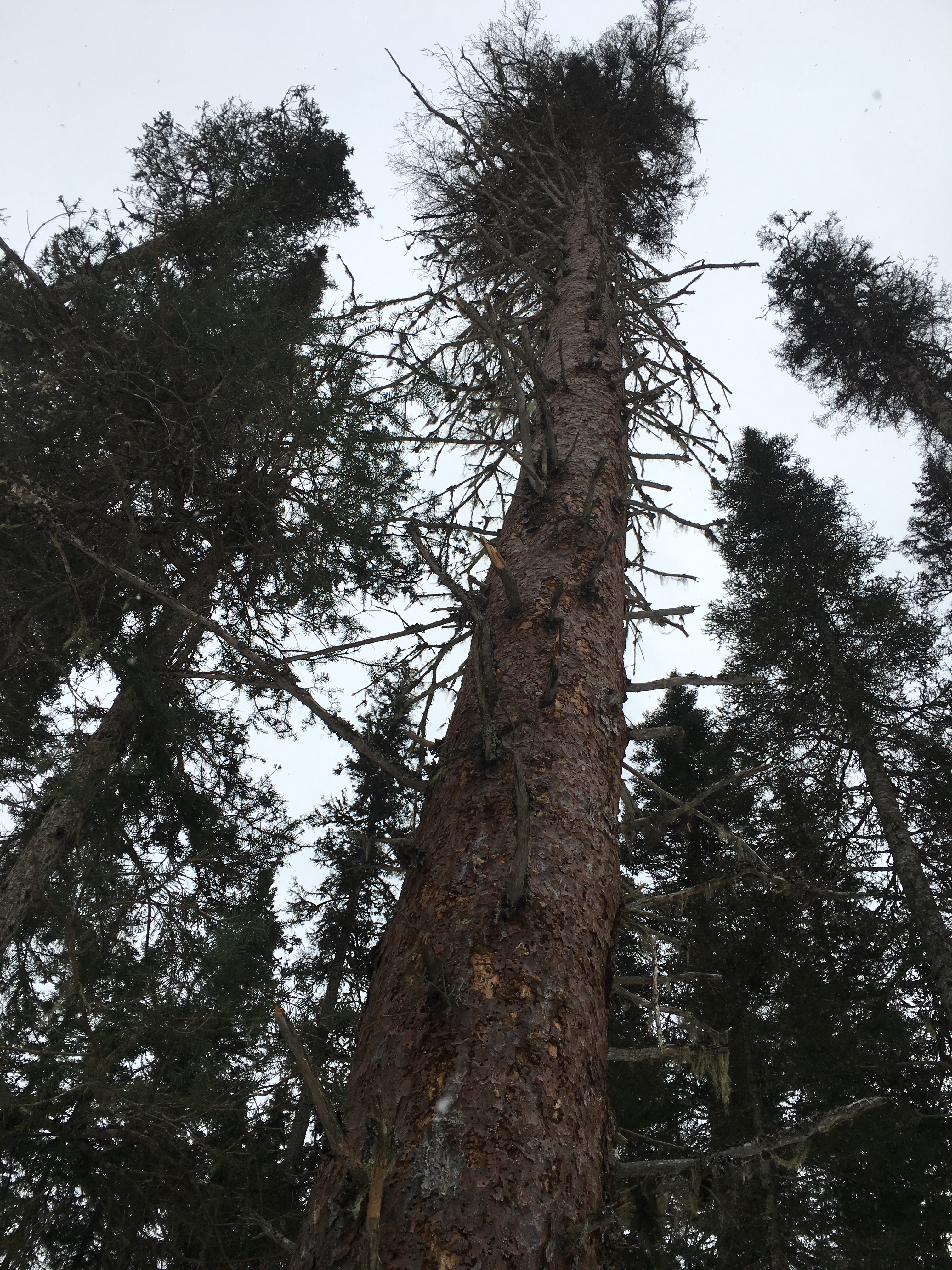 The outbreak, which covers more than 156,000 hectares in the Omineca Region north of Prince George, marks the largest infestation in the province in more than 25 years. Capitalizing on warmer weather conditions and significant blowdowns caused by windstorms, the population has grown exponentially since 2013, when it covered only 7,653 hectares.

“We haven’t had the cold winter snaps that are necessary to kill the beetles off. We’re also going into our fourth year of drought here in the Mackenzie region, and when the trees are under stress due to drought they’re not as likely to be able to pitch out the spruce beetles when they attack.”

Wiebe was recently appointed Omineca spruce beetle project manager by the ministry, and has been charged with forming a public advisory committee that will work with stakeholders, local communities and First Nations to develop a regional spruce beetle management plan. She also serves as a liaison between the forest licensees working to develop plans to suppress population growth.

According to Dr. Jeanne Robert, a FLNR entomologist for the Omineca region, the sheer size of the recent outbreak means that any plans will have to come together quickly.

The FLNR certainly is, having recently announced a $1 million commitment to help battle the outbreak. That funding could prove invaluable in a fight against a pest whose population is rapidly expanding. A rash of warm springs, dry summers and warm winters have conspired to speed up the spruce beetles’ life cycle, allowing many to reach full maturity in half the time it typically takes.

“Oftentimes they’re a two-year generation species, which means they take two years to come to maturity, then head off to infest the next tree,” explains Dezene Huber, a professor in the University of Northern British Columbia’s ecosystem science program. “When we get warmer winters—and warmer summers, as well—they have the potential to become a one-year generation time, and that’s what we’re seeing now.”

Despite these challenging circumstances, Wiebe believes that the groups working to suppress the spruce beetle population possess both the strategies and knowledge necessary to help facilitate a favourable outcome.

“One way we can be successful is timely harvest of areas that have green attack spruce—those are the trees that still have live adults and larva in them,” she explains. “If we can harvest those, we take those populations out of the ecosystem.”

Another way to combat the population is through the use of conventional trap trees, which are live trees that are cut down and left in the shade of the bush for beetles to infest, then taken to a mill, burned or peeled, destroying the inhabiting population.

“We’re confident that if we do some thorough timely harvest and utilize conventional trap trees, we have an opportunity to suppress the population.”

“People have been using trap trees for centuries,” agrees Huber, advocating for the strategy. “If you have the equipment to haul the trees out of the woods, then you’re taking out a whole batch of potential beetles that would emerge the next year.”

Neither Wiebe nor Huber anticipates the need for any clearcutting, as was the case during a spruce beetle outbreak in the Bowron that saw 1.5 million hectares of green attacked timber removed between 1981 and 1986. Wiebe points to the very different context of this outbreak—spruce beetles don’t travel nearly as well as pine beetles, and the spruce in the region grow in non-contiguous patches—while Huber has faith in the technologies available today.

“Forestry has progressed a lot since then,” he says. “We have different tools in the toolbox, and different ways of assessing the land base to determine how to deal with problems.”

Those same tools should come in handy as the FLNR tries to strike a balance between protecting the timber supply and preserving the ecosystems in the region.

“Other forest values and other ecosystem values are always present in our discussions about how to manage this particular outbreak,” says Robert, reflecting on the ministry’s holistic approach. “Spruce is a very important species, and we want to make sure that the supply of that tree species is there for the forest industry over the next 10, 20 or 30 years. Still, there are many other values in the forest, and we absolutely have to take that into consideration when we’re doing anything on the landscape.”

There will no doubt be challenges ahead: spruce beetle outbreaks in the region have historically lasted up to eight years, and uncertain climate conditions make it hard to forecast what kind of conditions might abet population growth. Still, Wiebe is optimistic about their efforts, and struck by the sense of community that has arisen in the wake of the outbreak.

“It’s always those times of immense pressure or risk that bring people together. We have people coming out of retirement to help with this. It’s just one of these things where everyone rallies together—from licensees to stakeholders to First Nations to government—and we’re all working toward the same thing, which is suppressing the beetle population.”