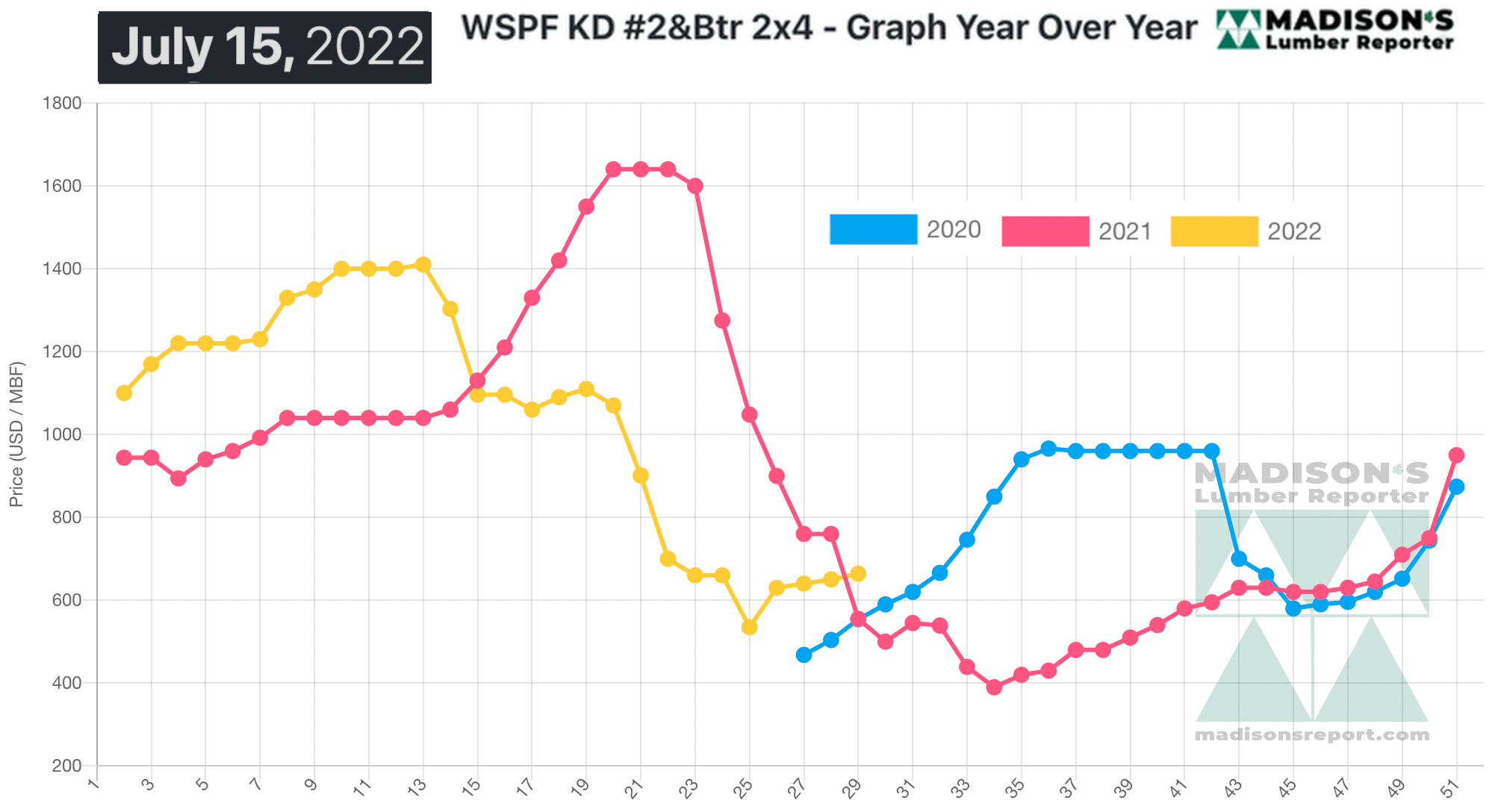 The mid-point of the summer is past and usually at this time of year lumber sales soften quite bit, taking prices down as well. This year is not much different, except that most customers do not have excess inventory on hand as they had been holding off any unnecessary buying in the hopes that prices would drop further.

For their part, sawmills have started taking downtime and curtailments, as is normal for this time of year. Thus, producers are in a little bit of a better bargaining position, since demand somewhat exceeds supply and field inventories are quite tight. Home construction and building activity remains quite active, and retailers have stepped in to make purchases due to incremental price increases over recent weeks. So far this month, sawmills have not had to entertain customer counter-offers.

Continuing momentum of the small increases over recent weeks, for the week ending July 15, 2022 the price of benchmark softwood lumber item Western Spruce-Pine-Fir 2×4 #2&Btr KD (RL) was US$664 mfbm. This is up by US$14, or two per cent from the previous week when it was US$650 and is up by US$39, or six per cent, from one month ago when it was US$625.

Freight rates were still prohibitively high, with the only silver lining being that the trend of significant weekly increases had tapered off during the first half of July. 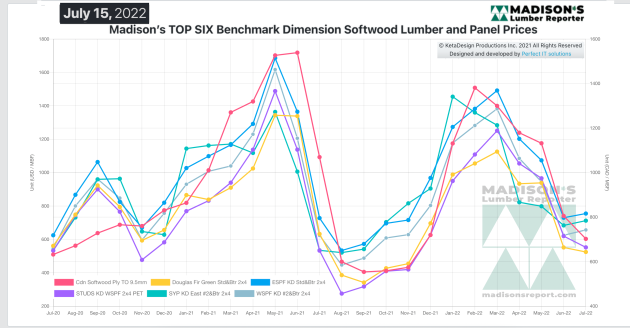 Despite their best efforts to remain cautious in this uncertain market, Western S-P-F buyers were active according to suppliers in the United States. With prices firming up steadily, many customers felt they had no choice but to secure some amount of coverage to stay ahead of rising numbers. Lumber futures trading after August 8th will be under the ticker LBR with the following changes: a smaller contract size of a truckload rather than the current rail carload; delivery to Chicago rather than Western Canada; and, the inclusion of both Western and Eastern S-P-F in contract calculations.

“A strong wave of demand kicked off in Eastern S-P-F lumber and studs. Canadian players were busy calling around as availability tightened up on some items. Sales activity seemed to be ramping up in advance of Eastern Canadian producers taking their typical two-week summer downtime starting July 25th. Shipping times appeared to be improving for the most part, with the longest delays reported at no more than two weeks; a far cry from the four-plus weeks that players had gotten used to through the first half of 2022. ” — Madison’s Lumber Reporter