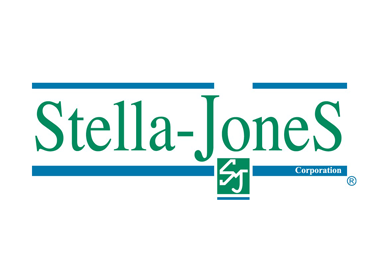 “We are pleased with our financial performance, as each of our three core product categories continued to deliver improved results. Bolstered by exceptional demand for residential lumber, we realized double-digit sales growth of 15 per cent and increased EBITDA by 28 per cent to $120 million this quarter, surpassing the $100 million mark for the first time in a single quarter. We generated $146 million of cash from operations and reduced our leverage, further improving our financial strength and flexibility. Based on our strong quarterly performance and resilient business model, we have increased our annual 2020 EBITDA guidance and announced our intention to repurchase up to 3,000,000 of the Company’s outstanding shares, under a Normal Course Issuer Bid,” stated Éric Vachon, president and CEO of Stella-Jones.

“Critical to the integrity of the supply chain for utilities, railroads and the construction industry, Stella-Jones has continued to operate all of its North American facilities and support its customers during the varying stages of restrictions and re-openings implemented by authorities to address the COVID-19 pandemic. The Company continues to reinforce measures implemented to mitigate health risks to its employees, business partners and communities where it operates.  I wish to thank each and every one of our 2,300 employees across North America for doing their part to successfully operate our business during these challenging times and contribute to a record performance this quarter,” concluded Vachon.

Sales for the second quarter reached $768 million, up $101 million, or 15 per cent, versus sales of $667 million for the corresponding period last year. Excluding the positive impact of the currency conversion of $15 million, pressure-treated wood sales rose $90 million, or 14 per cent, driven by an over 30 per cent increase in residential lumber demand, higher volumes for railway ties and improved sales prices for utility poles.

Driven by the strong sales growth across the three core product categories, gross profit and operating income increased 21 per cent and 31 per cent to $131 million and $101 million, respectively, compared to the second quarter last year. EBITDA grew to $120 million, up 28 per cent, compared to $94 million reported in the prior year period, reflecting an EBITDA margin of 15.6 per cent. This increase is largely attributable to stronger pressure-treated wood demand and pricing improvements to offset higher costs.

Sales amounted to $1.28 billion, versus $1.11 billion for the corresponding period last year. Excluding the positive impact of the currency conversion of $18 million, pressure-treated wood sales increased by $146 million, or 14 per cent. The improvement in sales led to an increase in gross profit, which grew 20 per cent to $214 million, compared to the prior year period

On August 4, 2020, the Board of Directors declared a quarterly dividend of $0.15 per share on the outstanding common shares of the Company, payable on September 18, 2020 to shareholders of record at the close of business on September 1, 2020. This dividend is designated to be an eligible dividend.

The Company generated cash from operations of $146 million in the second quarter of 2020. The Company deployed its liquidity to reduce debt, pay dividends and invest in property, plant and equipment. As at June 30, 2020, the Company’s long-term debt stood at $636 million and the net debt to trailing 12-month EBITDA decreased to 1.9x.