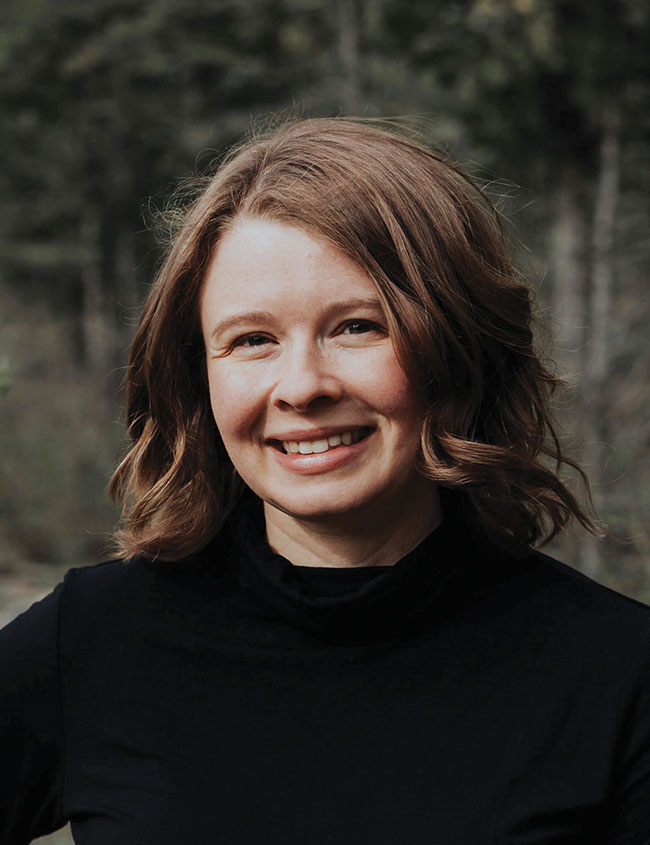 Lacey Rose co-founded Women in Wood in 2015 and has become a vocal advocate for sustainable forestry.

Canadian Forest Industries’ Top 10 Under 40 award is on its 10th celebration of up-and-coming forestry leaders. We checked in with one of the inaugural winners, Lacey Rose, a forester for the County of Renfrew in Ontario.

Rose has had a major influence in the Canadian forest sector over the past decade, co-founding a massive online community of women in the sector, and frequently lending her voice to public discussion about the sustainability of forestry in the country.

Rose spoke with CFI about the forest industry’s progression over the years, what’s missing, and what keeps her passionate about her job.

Ten years ago, you were starting out as a forester for Renfrew County and already making an impact with forest management plans and other initiatives. What have you been up to since then?

It’s hard to believe that it’s been 10 years because I still remember what a shock it was, and how much it meant to me to be included on that list with such amazing folks in the in the forest sector. I was pretty new as a forester at that time. I am still working for the County of Renfrew, but now I’m the county forester. I’ve been here 11 years now.

A lot of other things have happened outside of this role to in the last 10 years. Jessica [Kaknevicius] and I co-founded Women in Wood in 2015 – that’s still going strong.

We are up to almost 3,000 members all over the world now. Although most are in Canada, it’s pretty cool to see women supporting each other from all over the globe.

I took on a side project hosting a web series called Mighty Jobs by Volvo Penta in 2018 and we’ve made 11 episodes all over the world. That was definitely something I never saw myself doing 10 years ago. I also hosted a web series for SFI [Sustainable Forestry Initiative] and PLT Canada called Green Jobs, which features Canadian forestry jobs so that was a really cool experience.

More recently, I’m on the inaugural board for another network that is in development, a global network for forestry young professionals, or ForYP. It’s been really neat to meet forestry folks all over the world and I’m looking forward to seeing that grow.  I was lucky to travel to the World Forestry Congress in South Korea in May and that was definitely a career highlight.

“Young people are seeing forestry as a way to make a difference in the future of our planet.”

How do you think the industry has changed over the last decade?

I am entering that midcareer demographic and happy to see so many enthusiastic young people entering the forest sector now. It’s really energizing, and I hope that everyone is feeling it as the demographics of the workforce change.

There are some women in leadership, amazing role models like Jenny Tallman; Faye Johnson; Jamie Lim; Kathy Abusow – they’ve paved the way. But there’s still growing to do in that department, I think, in leadership positions in the forest sector.

I also think that the vibe of the sector has changed. When I started, people always asked me, when I said I’m a forester, ‘Oh, you cut trees or plant trees?’ That was it. But now, through the efforts of many, I think perception is changing to it being about green jobs that fight climate change. I think that is a really interesting momentum and I hope it continues to grow because the young folks who are just entering the sector, that’s what they’re excited about. They are seeing forestry as a way to make a difference in the future of our planet.

What’s the status of recruitment and retention from your perspective?

I’ve really admired the efforts being made by a lot of companies to recruit and get the word out there about all the different kinds of forestry jobs that exist. But it seems like there’s a lot of moving around happening across different parts of the sectors. A better work-life balance seems to be the hot topic these days.

I find it impressive that people who are entering the workforce are really sure about what they want. They want to have a good life and they are even willing to make less money to have more time, flexible work hours, the ability to work from home sometimes, getting mentorship, career progression, more vacation. I think that those expectations are known now – that’s what many young people want.

What are some leadership qualities that stand out to you as someone who has taken on a public leadership role in the industry?

Every job is different, but I think having a diversity of people with a variety of characteristics in leadership is where the magic happens. Putting different people with different perspectives and backgrounds in a room together is how you move forward with new ideas.

I find myself looking up to people who are real and generous with their time to help people develop. People who are kind and stand up for positive change – that’s who I admire in our sector.

I also don’t think you need to be in a “leadership role” to be a leader in the sector. Everyone has the ability to set a positive example in the workplace and beyond. Tell your positive stories about forestry and help make change happen. 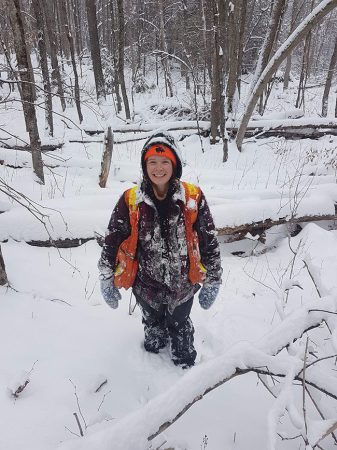 Rose is a forester for the County of Renfrew in Ontario. Photos courtesy of Lacey Rose.

What about public perception of forestry? What’s missing? What would you like to see?

This is definitely my favourite topic. I applaud the progress that’s been made over the last 10 years because I do remember the time that everyone was content to just stick their heads in the sand and hope, ‘Maybe people won’t notice that we are here!’ People are doing a lot more now and I love it.

The biggest thing is that most of the messaging still ends up being reactive instead of proactive. The proactive messaging tends to mostly reach those that already think forestry is OK, which is great for building pride within the sector, but not so great for increasing public understanding of what forestry actually is.

People have a really short attention span now. Most people aren’t going to read an article that takes longer than two minutes to read. They’re not going to watch a video that’s longer than five minutes. They love stories, humour and humanity. Statistics and statements might not resonate with the audience that we really do need to reach.

It would be nice to see some collaboration happening. There are a lot of campaigns, and everyone has the same goal, so it would be nice if we could get something high caliber to reach the mainstream audience.

In the meantime, there is already an army of potential positive-PR folks out there – everyone working in the sector who loves what they do. I’m sure every employer has a few social media stars that they could encourage and support to share those good news stories.

This year’s Top 10 Under 40 winners are an even split of women and men – the first time ever thanks to so many wonderful submissions of women candidates. What does that mean to you as the co-creator of Women in Wood?

It makes me incredibly happy, even optimistic that maybe in another 10 years it won’t even be noteworthy because it would be normal to have gender balance in the sector.

Let’s hope for that, but in the meantime, it is important to keep having those conversations. It’s just really nice to see that there are women out there doing these jobs and I think that encourages other young women to know that they can do the same. Just telling those stories and shining a light on who is succeeding in the sector – it’s inspiring to those who are up and coming.