Similar to this time last year, when lumber prices started rising to reach what was then the all-time historical high, solid wood construction materials prices have been ticking up in the past few weeks. This is traditionally not a time for lumber prices to be increasing. The latest U.S. housing starts and home sales and price data has been incredibly strong…will we see lumber prices keep going up to the end of this year? Only time will tell. 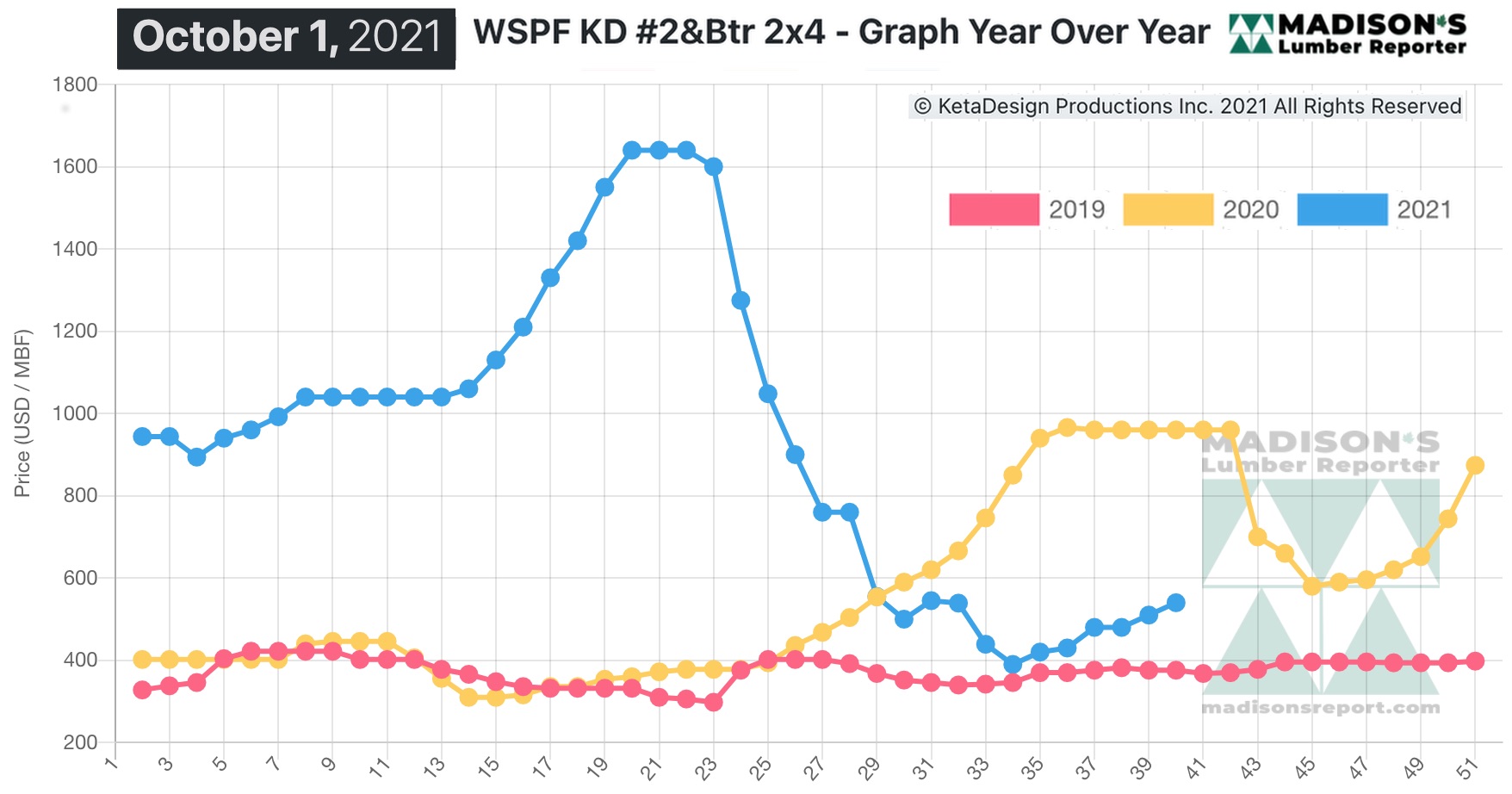 Sawmills in the North reported challenges getting product into Southern markets as returning rail cars were often delayed.

“Traders of sheet goods laboured through another week of flat prices, while those in dimension and studs reported solid demand and sales activity.” — Madison’s Lumber Reporter

U.S. buyers of Western S-P-F commodities were busy generating stable demand in a rising market. Construction regions across the country made hay as pleasant autumn weather permitted. Customers seemed to be divided into two camps: those who were frequently dealing in small- to medium-volumes, and those on the sidelines watching price levels while they moved leftover high-priced inventory out. Sawmill order files were into mid-October.

Western S-P-F lumber producers in Canada extended their order files into mid- or late-October thanks to consistently strong demand. All grades sold well, but High Line products were the top performers.

“Eastern Canadian lumber and stud producers reported vigourous demand that slowly petered out as the week wore on. Sawmills raised their asking prices on nearly every item while extending order files into the second week of October. Buyers had increasing trouble finding specific needs, as lack of material from both primary and secondary suppliers became apparent.” – Madison’s Lumber Reporter 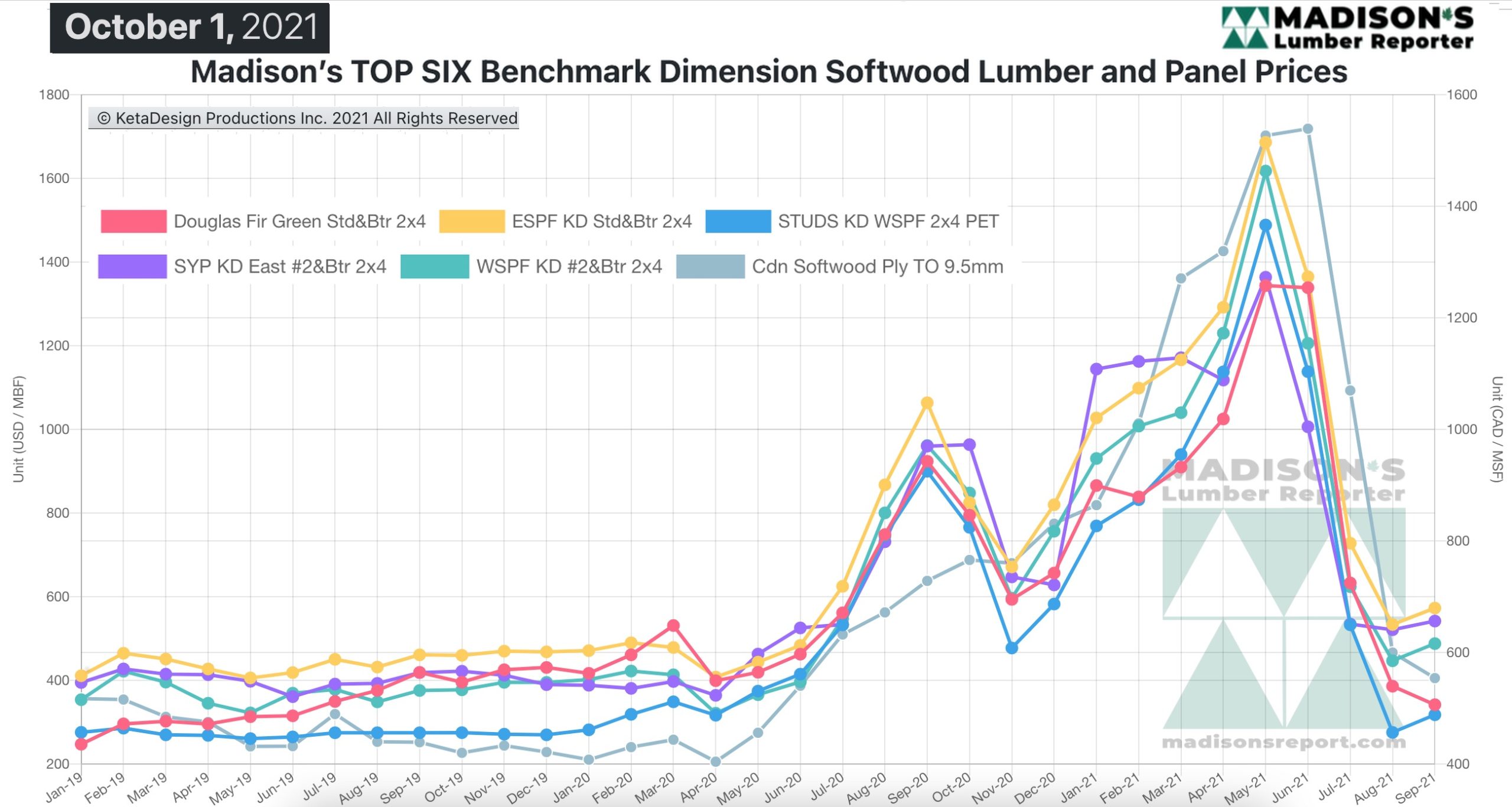