Aug. 17, 2016 - University of Missouri researchers have found that logging operations can negatively affect soil density and water infiltration within forests, particularly along makeshift logging roads and landing areas where logs are stored before being trucked to sawmills. 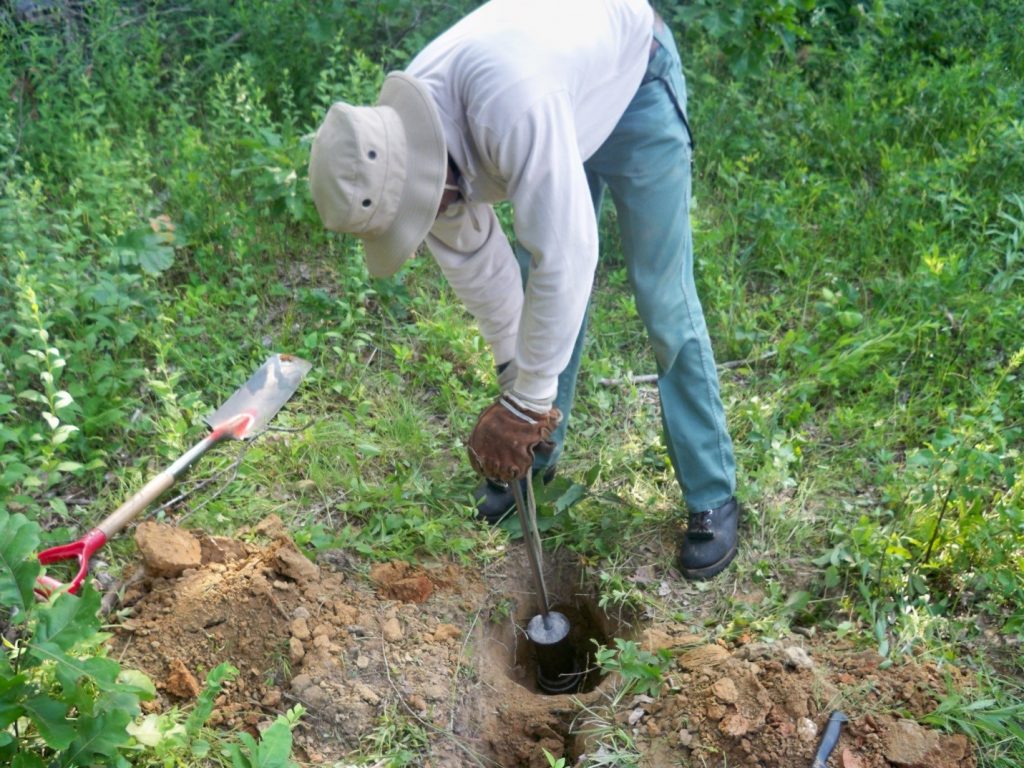 Stephen Anderson, the William A. Albrecht Distinguished Professor of Soil Science at Mizzou, says changing the soil density and water infiltration within forests can cause many different problems.

“We found that along these logging roads and landing areas, the soil was more dense and compact with slower water infiltration than in the surrounding, untouched areas of the forest,” Anderson said. “This can cause many environmental challenges in forests because dense soil prevents rainwater from soaking in; rather, this water will run off and cause erosion. This erosion can carry fertile topsoil away from forests, which enters streams and makes it difficult for those forests being logged to regenerate with new growth as well as polluting surface water resources.”

For their study, Anderson and his former graduate student, Langston Simmons, took soil core samples up to 40 centimeters deep from logging roads, log landing areas and logged areas in portions of the Mark Twain National Forest in Callaway County, Missouri. They found that the soil from logging roads and landing areas was more dense, had much slower water infiltration and lower water retention capacity than the areas of forest that had been logged. Anderson says this study shows the need for treatment of these impacted areas within logged forests.

“It is clear that even though logging companies can take precautions to prevent many types of negative environmental impacts from their operations, soil density and water infiltration are being negatively affected,” Anderson said. “It is important these areas of compacted soil be identified and treated to reduce soil compaction and prevent long-term effects on forest regeneration and production. It is in the land managers’ best interests to ensure that forest soils remain a healthy density because dense soil can lead to reduced tree production and poor wood quality for future logging operations.”

This study, “Effects of logging activities on selected soil physical and hydraulic properties for a claypan landscape,” was published in Geoderma.