While there were some construction framing dimension softwood lumber prices that continued to drop for the week ending August 20, several prices were flat while others actually popped up. Many in the industry suggest a combination of correction with the supply-demand balance, and eager customers returning to buy after holding off since spring when prices were so high, as reasons for this new development. Normally at this time of year construction activity is slowing down, thus lumber sales — and prices — are weakening. However, the latest data out of U.S. new home building and new home sales and prices shows a powerful underpinning of strong appetite, which might bring high volumes of lumber sales to come before this year is out. 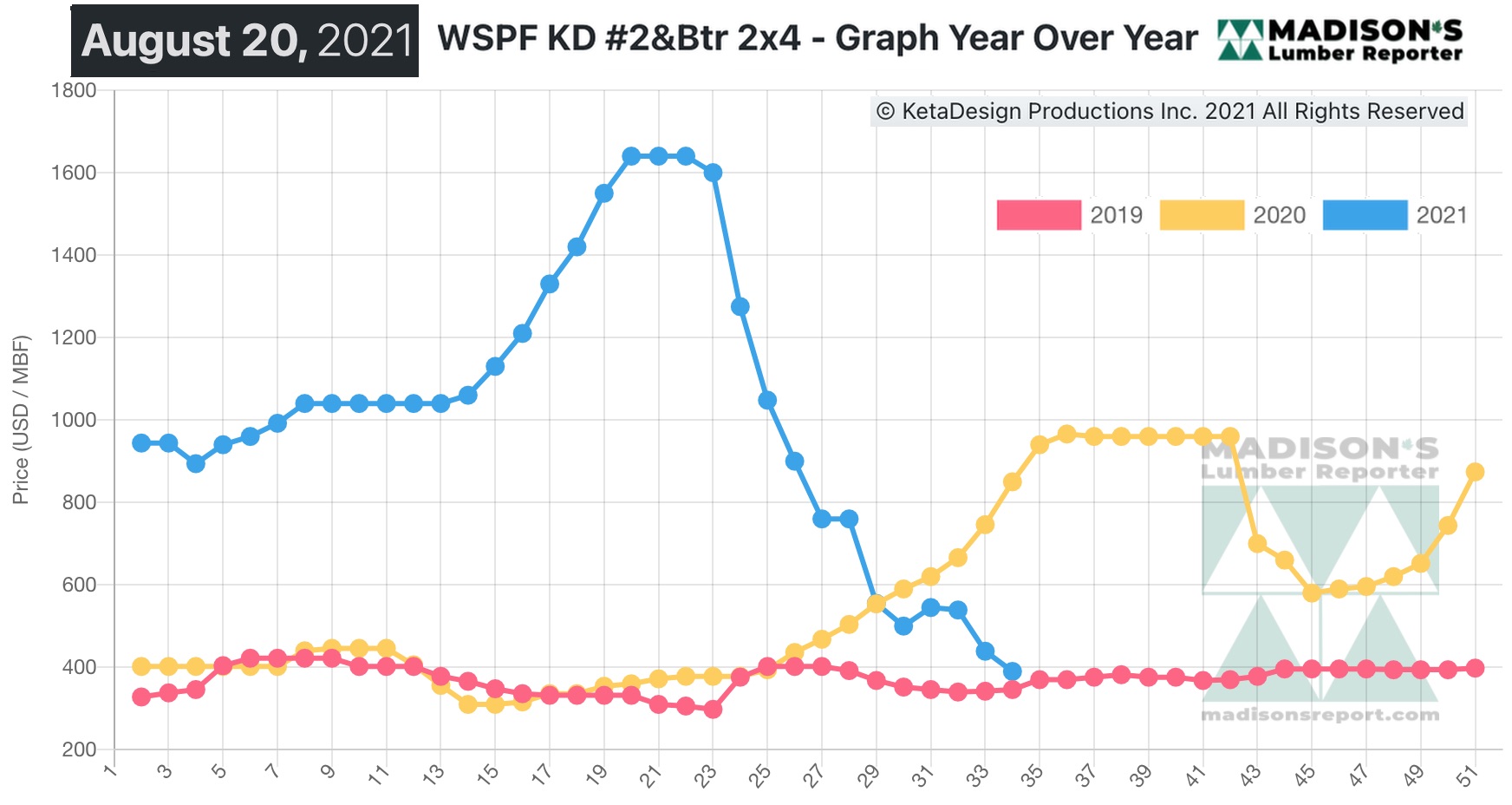 Field inventories were far from empty, and some buyers still had high-priced lumber headed their way which had been delayed during the market’s precipitous tumble.

“The summer doldrums persisted in lumber and studs sales as demand for panels continued to slump.” — Madison’s Lumber Reporter

Demand for Western S-P-F in the U.S. was hit-and-miss. Sawmills consequently chased customers for deals, more than the other way around. Order files were no further out than one week, with plenty of prompt availability showing up in producers’ yards.

Trading ranges continued to fluctuate, but the tone of business was slightly less chaotic according to Canadian suppliers of Western S-P-F commodities. While sawmills searched for the magic price level that would bring consistent sales, obstinate buyers leaned on counter offers and were quite content to sit on their decent inventories if they didn’t like the numbers.

“Steady demand for Eastern S-P-F persisted, and demand improved as the week wore on. Sales volumes trailed off Friday as has become the trend in recent weeks. Buyers and sawmills continued to haggle, with the former taking an aggressive approach to quoting while the latter threw out counter offers until the two found a level amenable to both.” — Madison’s Lumber Reporter 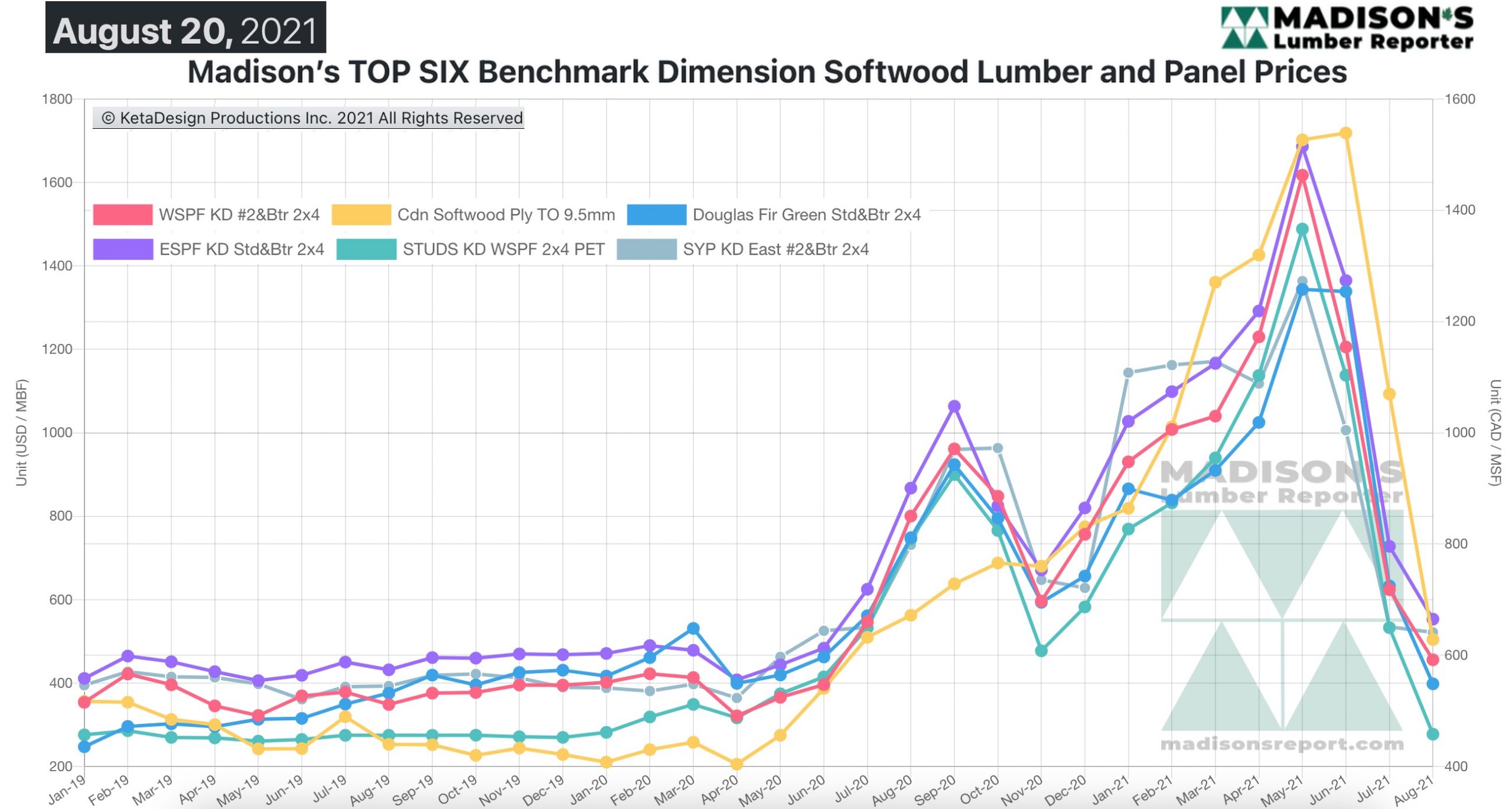