Aug. 24, 2018 - More than a third of contractors across Canada say their logging rates are unchanged from five years ago. This marks an eight per cent increase in the number of contractors who reported that in our survey two years ago. 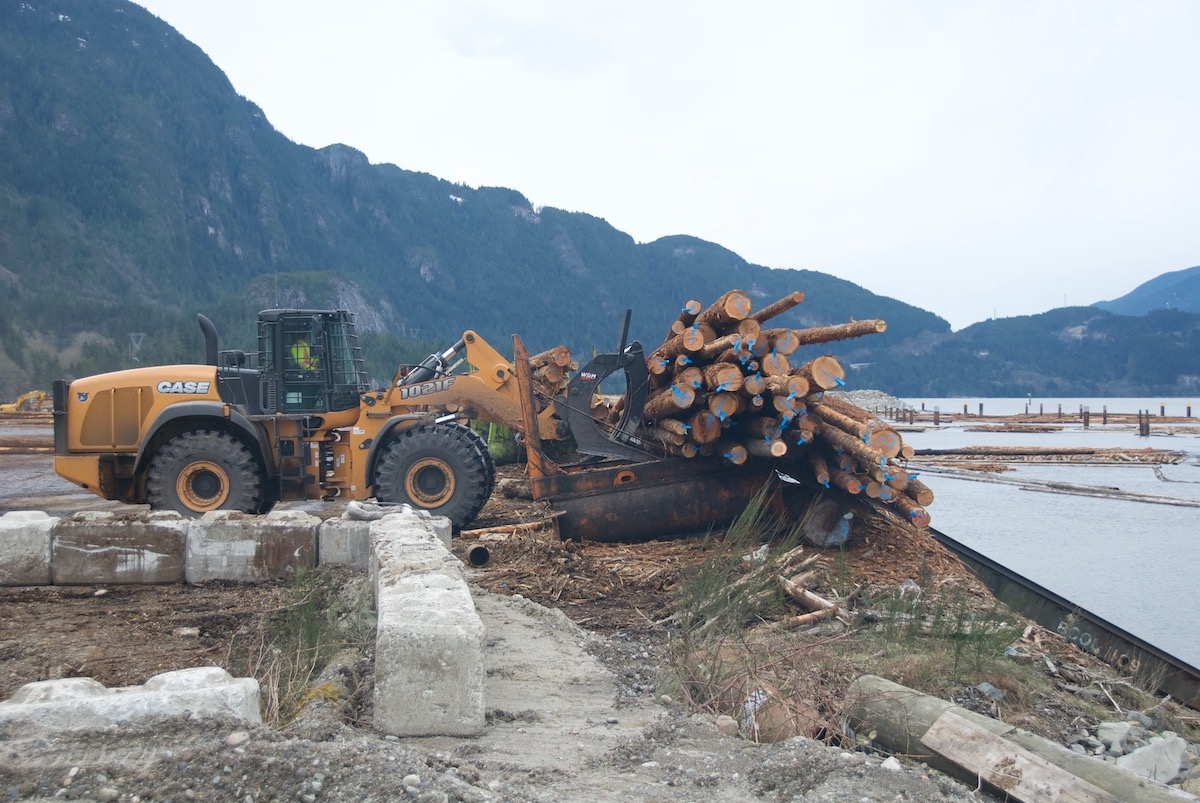 Interestingly, the percentage of contractors whose rates have increased this year – varying from two up to 10 per cent – has also risen compared to two years ago, with 44 per cent reporting a rate increase compared to 41 per cent in 2016.

That means fewer contractors have seen their rates drop from what they received five years ago. Just 11 per cent report a rate decrease in 2018 compared to 23 per cent in 2016. Ten per cent of respondents say they are either too new to compare rates, or did not know.

As with the 2016 results, contractors’ success negotiating better rates varies across the provinces. The bulk of the contractors whose rates have not changed are in Alberta (57%), and Atlantic Canada (47%). Atlantic Canada appears to be the hardest place to negotiate rates, with 17 per cent of contractors reporting lower rates today than in 2013. The B.C. Interior is not far behind at 15 per cent.

News was better for contractors on the B.C. Coast, 58 per cent of whom say they’ve seen a rate increase compared to just 39 per cent in 2016. That may be in response to issues raised in the 2016 CFI survey as well as the formal review and report on contractor health in B.C. from 2016 to 2018.

Quebec also appears to be faring better, with 34 per cent of contractors seeing an increase compared to just 17 per cent in 2016. And Ontario contractors claim the highest percentage of rate increases at 67 per cent of respondents, although that region fared particularly poorly in our last survey. 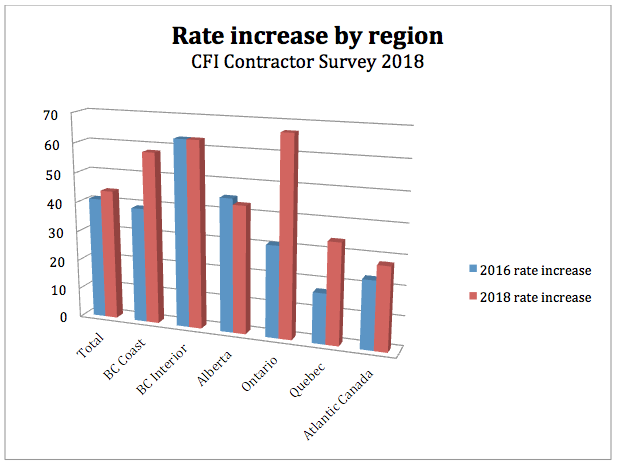 Percentage of contractors reporting some rate increase compared to two years ago.

Look for more news from the CFI 2018 Contractor Survey on www.woodbusiness.ca and in our enews over the coming weeks, with a final digital report in December and a summary in the November/December print issue. Be sure to subscribe to our free enews to get all the latest industry news.