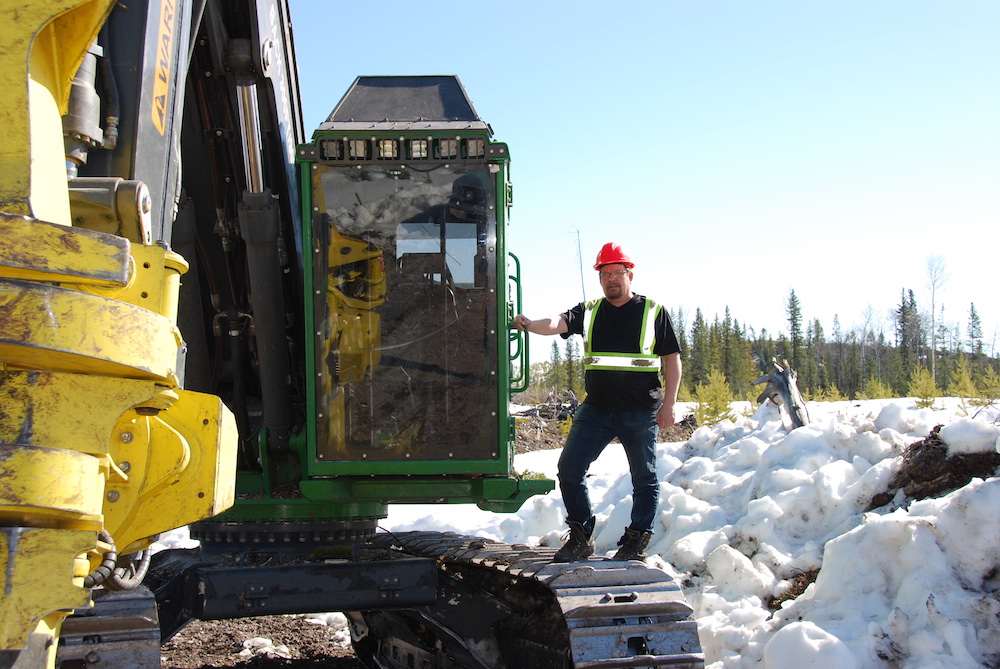 The results of CFI’s 2020 Contractor Survey show that the average age in the logging industry is continuing to increase, from 49 years old in 2018 to 50 years old in 2020. This is a cause for concern for the industry as more loggers reach retirement age, and fewer young people are available to replace them.

In contrast, the B.C. Coast has the oldest workforce on average, at 53 years old. The rest of the regions report an average age of 50 years old, except Atlantic Canada, which is slightly higher at 50.5 years old. 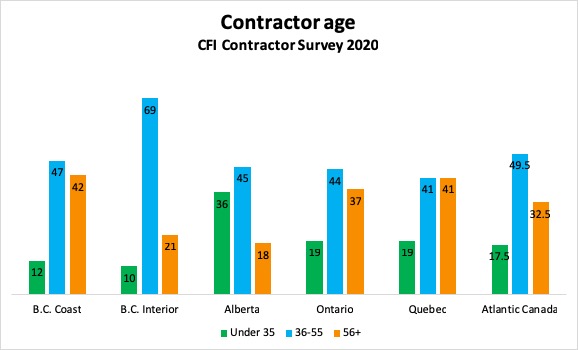 Percentage of contractors who are in these age brackets, by region.

When we compare these numbers to our 2016 and 2018 survey results, the industry outlook is mixed. The total percentage of contractors under 55 remains relatively unchanged (69 per cent in 2020 vs. 70 per cent in 2018 and 69 per cent in 2016). The trend suggests the average age of loggers across the country is increasing, given the drop in contractors aged 36-45 and the corresponding jump in those aged 46-55. But it is interesting to note that the percentage of contractors between 26 and 34 years old has increased, even compared to 2016 levels. 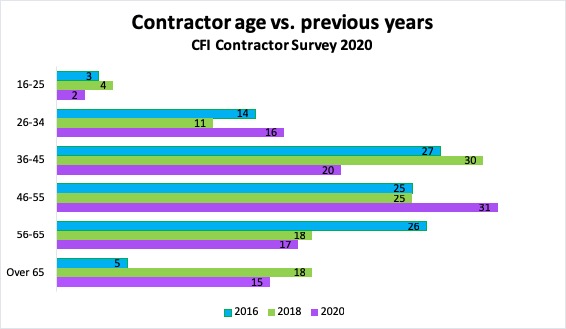 Percentage of contractors in these age ranges.

This change might help account for the drop in the percentage of contractors planning to leave the industry in five years or less, from 36 per cent in 2018 to 27 per cent in 2020. Of course, we also have to consider that a number of contractors may have retired in the past two years, which might also help explain this decrease. But, with 27 per cent of loggers still expecting to get out of the industry in five years or less, and 24 per cent planning to leave in six to 10 years, we can expect the logger landscape will look very different in the coming years.